As satisfying as it can be to ‘own’ the libs, isn’t it better when we can give them a reason to switch sides?

After all, some of the strongest voices for the conservative cause began as liberals… Andrew Breitbart comes to mind.

Brandon Straka, founder of the #WalkAway campaign is another good example. Here’s what he says about himself: 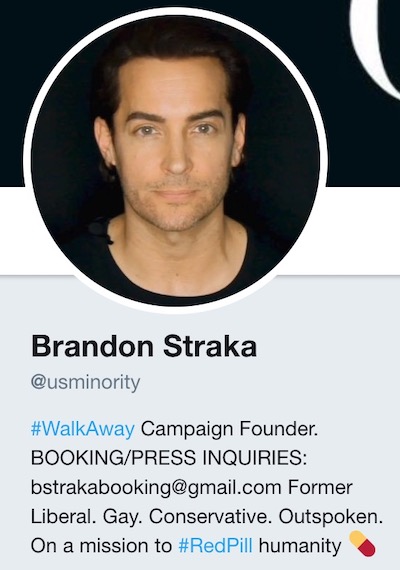 Brandon met a young woman in an airport who was offended by his hat… violently so.

At the airport w my MAGA hat on. This girl approached me 2 tell me I should be embarrassed. She said I’m a racist & POTUS is a racist. When I repeatedly asked why she replied, “He just is. He just is”. So I began recording & grabbed me twice. Shall we make this model very famous? pic.twitter.com/TdPhwJQcXs

Stracka did a little digging and found out who she is. She’s a real person touched by a real story of personal tragedy. Bradon saw a chance to showcase just how different conservatives are from the militant left.

In the name of ‘social justice’ the left will doxx, bully, intimidate and destroy whoever stands between them and their political goals. As Mad Maxine once famously invited the ‘Resist’ movement, they should get in our faces. 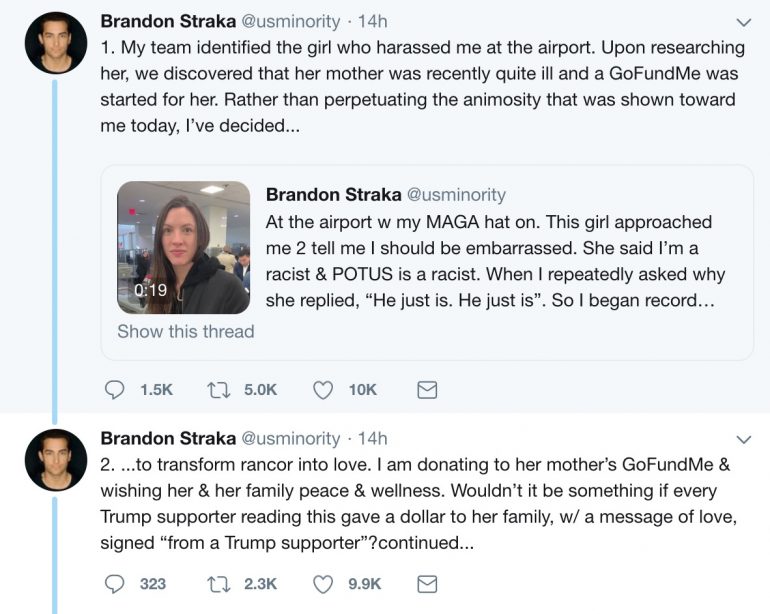 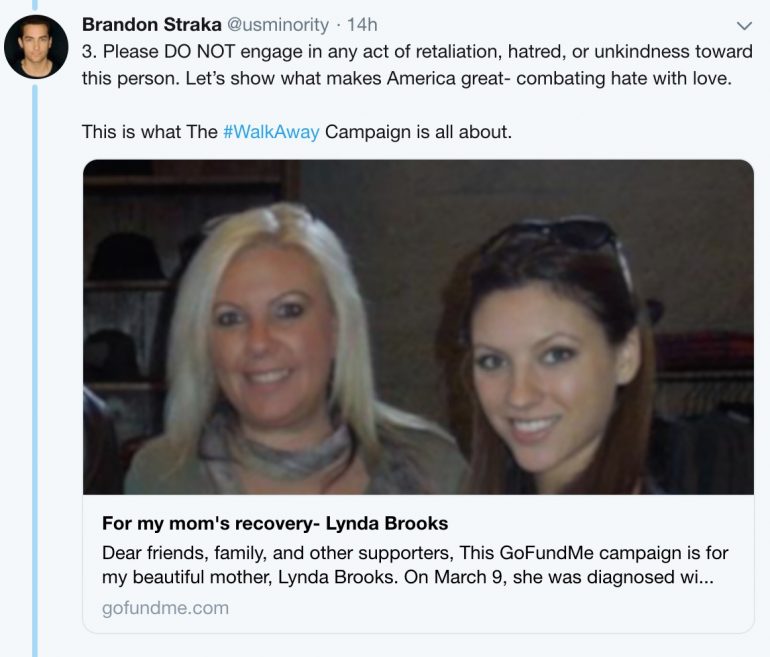 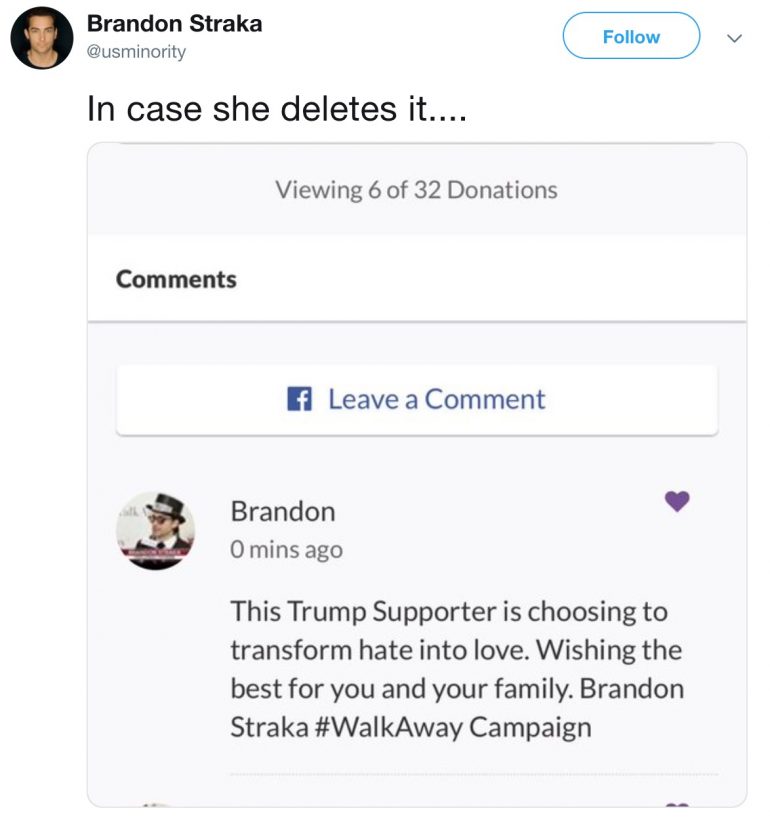 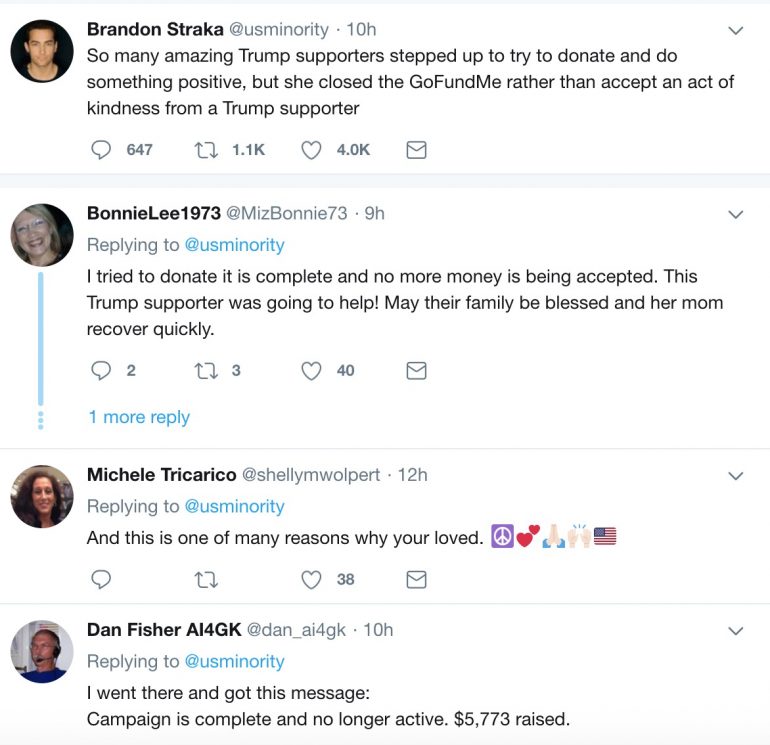 You might ask if his good intentions were wasted if she shut the page down. They weren’t. We don’t know if this particular woman will ever change her mind. But she’s not the only person looking on.

How many ‘independents’ whose minds aren’t made up will see the stark contrast between militant left’s reflex to destroy and the right’s act of compassion in this situation? How many will start to ask themselves ‘Have I been lied to all along?’

Whenever you can persuade your opponent to switch sides, two things happen. Your side gets stronger, and their side gets weaker. That’s the whole point of Straka’s WalkAway movement.

While we’re talking about him, what movement is Straka behind? Check it out in his own words:

“Anyone who does not comply with their prejudicial conclusions and follow their orders is a racist. A bigot. A Nazi. A white supremacist….

Every word I said in that video is true.