As in most cases, you can ignore everything that came before the ‘but’.

Alyssa Milano is almost never without an opinion. It’s seldom an informed opinion, but that has never stopped her before.

It won’t stop her now.

This is, after all, the woman who attended the Kavanaugh hearings and said of her experience:

“And I felt blessed to be able to do that and to be there, no matter how stoic I had to be and sort of prevent myself from, you know, rolling my eyes. I just had to sit there and be stoic, and that was difficult. It was definitely an exercise in how to constrain and restrain yourself.” — CNN

Sitting in judgment of a good man whose name was baselessly dragged through the mud. 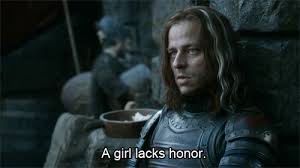 I love God. I believe in God.

But I don’t believe my personal beliefs of which we can’t confirm should override scientific facts and what we can confirm.

“If I have told you earthly things and you do not believe, how can you believe if I tell you heavenly things?” John 3:12

Funny thing about ‘believing in God’…

He doesn’t fit into neat little boxes like that.

The available options are either…

(a) God does not exist — in which case her private beliefs are not merely irrelevant but objectively false, and

(b) God does exist and he is not a ‘private belief’ but the actual source and fountainhead of everything we know as reality.

Alyssa is invoking the coward’s option. Or the hypocrite’s option. She is dressing up her argument as ‘religious’ only so that she can use it as a club against those who actually DO believe.

And she has some rather obnoxious straw-man opinions about people of faith and their objections to killing the unborn baby.

She has a petition to boycott Georgia started in which she’s trying to bully Georgians not to sign a ‘heartbeat bill’. There is a notable flaw in it, that has since been corrected:

The woke keep screaming at us- no uterus, no opinion on abortion!!!

So I fixed @Alyssa_Milano’s pro-abortion list????????‍♀️
(There are A LOT of people without uterus on this list!!!) pic.twitter.com/5WRJPEqcbk

As for her theology lesson… she should stick to being a lame liberal wokescold, and leave biblical preaching to people who actually know the Bible and read it.

Preferably someone who thinks the author has more authority than some guy in a labcoat. Here come the responses:

This tweet shows that you have very little knowledge of both theology and science.

"Before you were formed in the womb, I knew you"… end of story

John 2:4 Whoever says “I know him” but does not keep his commandments is a liar, and the truth is not in him,

“For behold, when the sound of your greeting came to my ears, the baby in my womb leaped for joy.”
Luke 1:44 #JesusIsLife #unplannedmovie pic.twitter.com/vF0YXO27Y5

“I was cast upon thee FROM THE WOMB: thou art my God FROM MY MOTHER'S BELLY.”
Psalms 22:10 KJV

This opinion of hers seems to have gone through ‘an evolution’ as they say. 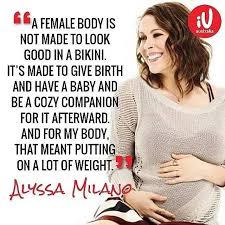 Someone as prolific in her use of Twitter as herself, if she’d like to study Scripture, may wish to begin with a study of Proverbs 17:28

Even a fool who keeps silent is considered wise;
when he closes his lips, he is deemed intelligent.