If the allegations are true, they are particularly vile, playing upon the generosity and patriotism of ordinary Americans who made sacrifices to support this cause.

Brian Kolfage has served his country in Iraq. While there, he left three limbs behind after a rocket attack in 2004. He is a Purple Heart recipient and reportedly the most severely injured airman to have survived such injuries.

A story like that pretty much guarantees ‘hero’ status. Often, that status is richly deserved. But not all heroes are created equal. True heroes are not revealed by what happens TO them, but who they are in the face of hardship.

As the philosophical quote from Dark Knight put it, “either you die a hero, or you live long enough to see yourself become a villain.” The jury remains out on this guy’s case.

Brian Kolfage — no stranger to media attention — is in the news again. For all the wrong reasons.

He’s now being accused of being a scam artist, using donations meant for his multi-million-dollar Build The Wall project to fund a jet-set lifestyle. 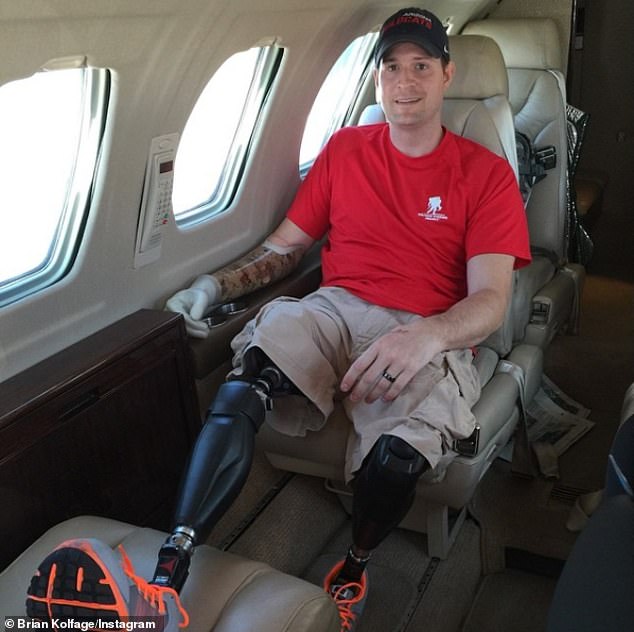 Including a boat worth $600K, which he defends as being purchased prior to the GoFundMe, and paid for by other means. 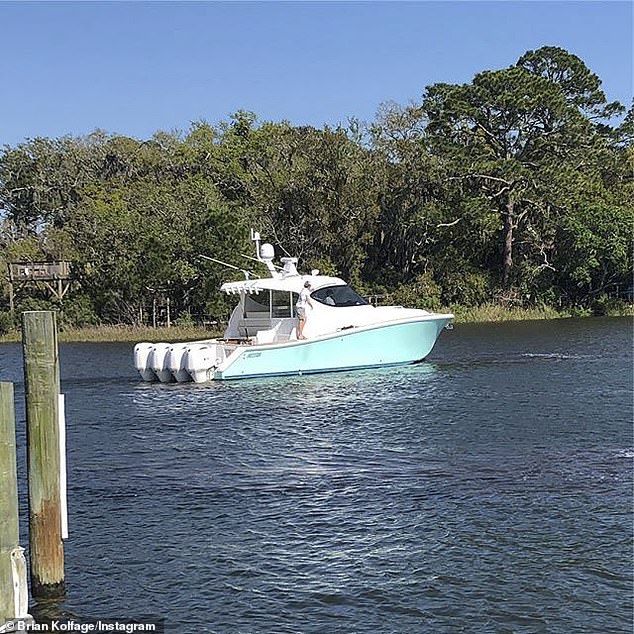 It wouldn’t be the first red flag, either.

In the Wild-West world of news reporting, several Right-of-Center news providers have complained about his ‘news’ site being guilty of straight-up copy-and-past plagiarism, passing off unattributed columns written by other people as though they were his own.

In his writings, Prager accused Kolfage of plagiarizing news stories and posting them on his own websites without attribution.
Source: Tucson

Not exactly the sort of behavior one would call worthy of someone wearing the badge of ‘hero’.

In the interest of objectivity, here are the recent fraud allegations and his reply to them.

But the Florida resident is now facing repeated questions about the progress of the wall and attention has also turned to a $600,000 boat he says he bought a year before he began the GoFundMe appeal.

A source told The Stern Facts that Kolfage is now living a high-flying lifestyle, saying: ‘Whether he ordered it last year with the year before is irrelevant it’s still nearly a million dollar boat. Those new toys are very expensive as is flying private.’

He has previously posted image of his travels on private jets and with pricey cars. In February he posed, along with his wife, in front of a plane saying ‘it looks like our first piece of land for @webuildthewall is a go!’ The couple are understood to have flown with the Veterans Airlift Command.

But after a seemingly lack of progress and a reported 300,000 individual donations one supporter asked: ‘I am very disappointed in you Brian Kolfage, where are the progress photographs?’

Another added: ‘Quit talking about it and do it.’ On Twitter another asked: ‘Why no updates on the status of the wall? I have a feeling this is a scam.’
Source: DailyMail

Donors are getting impatient. But Kolfage says the delays are perfectly normal, and not in any way sinister.

On his personal Facebook page Brian, who has been accused of misusing funds he raised in the past, said: ‘There’s no update because we are remaining silent for a very good reason.

‘You all will have the best present very soon. Remember powerful people want to stop our progress, so to not tip anyone off we are radio silent! The ACLU would file a lawsuit to impede our wall success if they knew where and when.

‘But when I guaranteed we’d build the wall I meant it, and we are working with many congressmen and senators to help us mitigate these issues from the left wing attack groups! We are in the homestretch and it’s on a need to know basis.’
Source: DailyMail

His reply is that complaints are ‘Fake News’, and that his operations are being deliberately discreet.

It shouldn’t be all that hard to someone in authority to sort out fact from fiction.

After all, how hard should it be for him to present some receipts, and demonstrate conversation between himself or his designate and the related suppliers or foremen for a project of this scale?

If everything checks out and his project is going forward with the money accounted for? Great.

But if they discover that the patriotism and fear of good people have been leveraged for personal gain, his military service offers him no shield against becoming crooked when he rejoins civilian life.

In that case, Purple Heart or no, throw the book at him.

However that story plays out, we know one thing: there is at least ONE man in Washington fighting like Hell for that wall to get built.By the way, since Facebook has unpublished ClashDaily’s page, your best bet to keep in the loop is to Subscribe to our ClashDaily Newsletter right here: