Remind me again, which political party was it that the Media(D) has tagged as ‘uncivil’?

When some lunkhead puts a couple of pieces of bacon on a mosque, the media freaks out. But where are the same national Media(D) in the #PartisanPress when someone spraypaints a church in the name of their Leftist politics?

One might think that some criminality is met with a wink and a nod so long as it’s in the name of ‘the cause’.

They were too gutless to protest the church in person, like civilized citizens, that they had to cross the line of criminality to make their point? 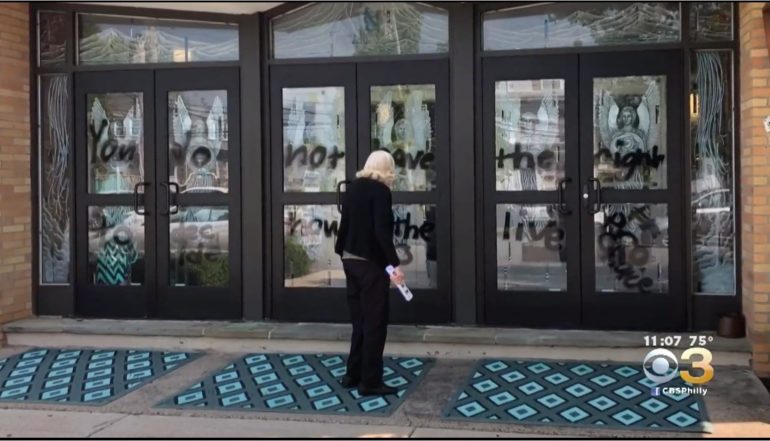 As the abortion battle rages on across the United States, a church in Delaware County was targeted by vandals who tagged it with abortion rights graffiti and more Sunday. Heading into church for Sunday mass, parishioners at Notre Dame de Lourdes parish in Swarthmore were met with black spray paint that said, “You do not have the right to decide how others lives.”

“It was very shocking to come up to the church and see that,” Jessica Prince told CBS3. “I’d have to say the first half of mass was me crying the whole time because I was so upset somebody would do that to the church.”

The side of the church building was also hit again with the message “#ProChoice.”
Source: CBS3 Philly 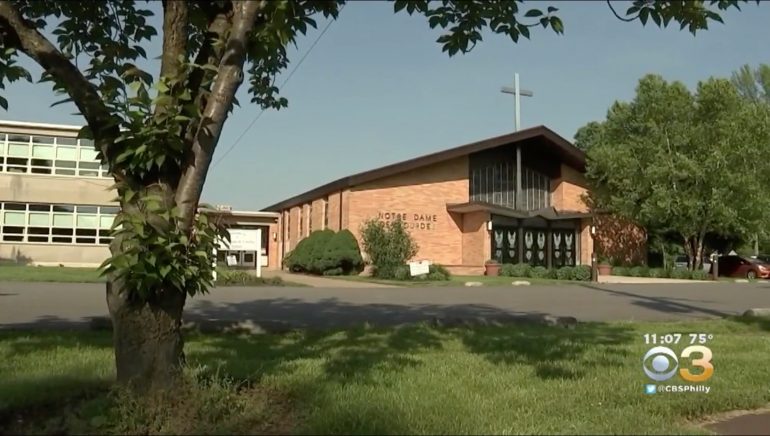 Not long ago, that blowhard Brian Sims, for example, took sick pleasure in Doxxing young girls and calling them white racists (including one girl who wasn’t even white) but went AWOL when an impromptu Pro-Life rally was staged in his neighborhood that same week.

CBS 3 also reported on the large pro-life rally following the videos posted by State Rep. Brian Sims where he berates, harasses, and bullies peaceful pro-life protesters in front of a local Planned Parenthood.

Which leads to the question — has State Rep. Brian Sims been asked if he’s got any leads? He’s got a real hate on for Christians, especially the ones who pray silently in front of a abortion clinic?

Gutless Pro-abortion cowards with a hate on for Christians — you know, it sounds like just the kind of person Sims would love to sip Cosmos and talk politics with. Was it anyone he knows?

Better question: would the lawmaker even report the crime if he knew who did it?

Good luck to the police in locating this nutless wonder and throwing the book at him.

Sheriff Says Border Crisis Was Under Control During Trump’s Term, Biden Made A Mess
March 5th, 2021 Flag And Cross