We keep hearing about Trump ‘insulting our allies’ — how did the Royal visit to Buckingham go?

Trump, admittedly, is accustomed to throwing his weight around when something needs to get done. But does that translate into an inability to connect diplomatically with foreign leaders?

And how does he compare with the Media(D)’s beloved and nearly messianic princeling Barack Obama?

First, let’s remember that gift #44 once gave the Queen.

Obama’s 2009 gift, an iPod loaded with photographs of the queen’s 2007 visit to the United States, was panned by critics, as was a gift of DVDs he had given then-Prime Minister Gordon Brown.
Souce: LATimes

And, as you might expect from a man who had written two autobiographies before he had really done much of note, he was sure to include two of his own speeches on that iPod.

Reports are that the Queen was less than impressed.

Oh, and then there was the time that Obama spoke over her National Anthem while toasting the Queen. She refused the toast.

The US President had just begun proposing a toast to the Queen when the orchestra accidentally struck up God Save The Queen.

However, rather than pause and continue the speech after the music had stopped, Mr Obama pressed on only to be rebuffed when he raised his glass to her.

The Queen did not seem to take offence at the mishap and appeared to stifle an embarrassed smile.
Source: Telegraph

So, did the ‘oafish’ Trump do any better? 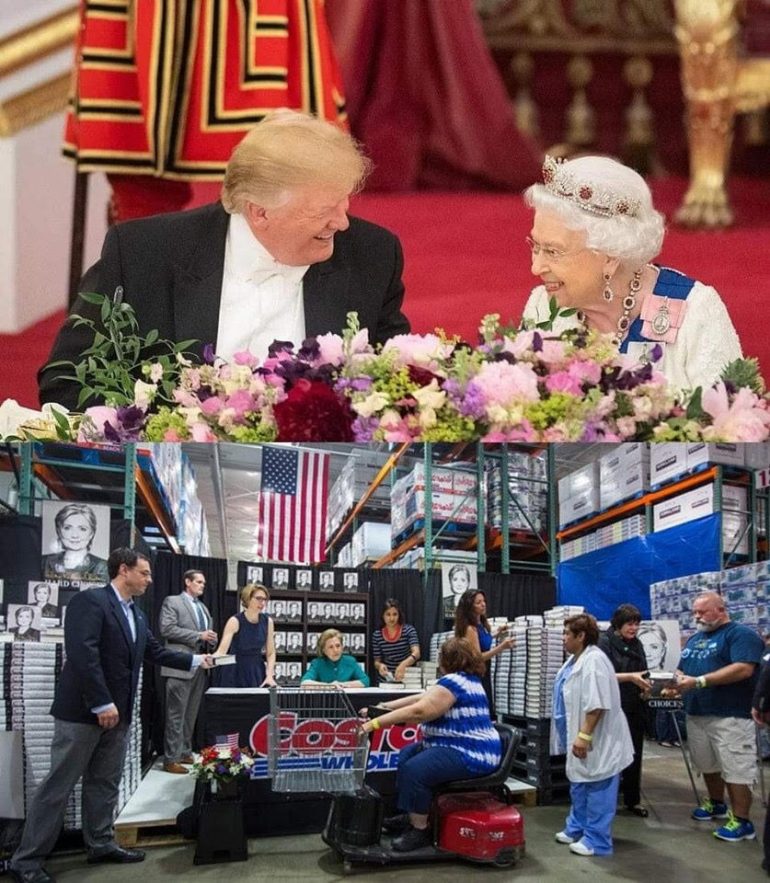 Ok, well, the bottom half of that pic might NOT be entirely accurate. (However funny it may be.)

What did Trump bring as a gift?

On the first day of their trip to the U.K. Monday, President Trump and First Lady Melania Trump took part in an official gift exchange with Queen Elizabeth, following the tradition of state visits.

Trump gave the queen a silver and silk poppy brooch from Tiffany & Co. in a custom wood White House jewelry box, The Hill reported. The poppy symbolizes remembrance for those who died in World War I, though the White House could have chosen the gift for the 75th anniversary of D-Day on Thursday, Town and Country reported.

Prince Philip received a personalized Air Force One jacket as well as a first-edition, signed copy of World War II aviator James Doolittle’s autobiography, “I Could Never Be So Lucky Again.” The gifts pointed to the fact that Prince Philip was a pilot and served in World War II, according to Town and Country. 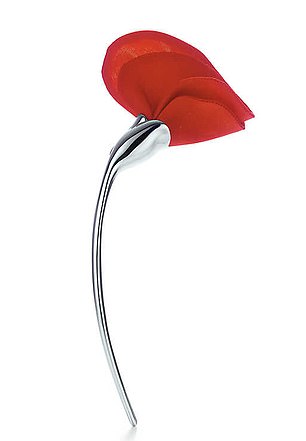 As for the ‘boorish’ President’s conduct during the Royal visit itself?

Here’s how one observer described it to the MSN news site:

It is always a delicate balancing act when the president of a representative republic visits a foreign monarch.

…President Trump struck that balance masterfully during his meeting with Queen Elizabeth on his state visit to the United Kingdom, displaying his sincere respect for the royal family without kowtowing to any of the regal pretensions. After all, let us not forget the United States was founded as a rejection of monarchy in general, and the British monarchy in particular.

…If there was criticism of President Trump on this visit, it certainly was not coming from Queen Elizabeth herself, whose undisguised enjoyment of President Trump was apparent as his folksy but still respectful approach aligned with American values while still showing deferential respect to the figurehead of our closest political ally. When President Trump greeted her, for instance, he dispensed with the pomp and circumstance of bowing, opting instead for a friendly handshake, which is certainly an appropriate greeting for even the highest level meeting between American officials.

During the state banquet that followed his tour of Buckingham Palace, President Trump annoyed some in the media by lightly touching Queen Elizabeth on her back as she rose to deliver a toast, prompting reporters to complain that he had violated royal protocol, even though her majesty did not seem the least bit perturbed by that gesture. President Trump underscored that theme during the state banquet by clinking glasses with Queen Elizabeth after his own toast, outraging the liberal etiquette police but inspiring regular American people who practice that same cherished tradition during weddings, holiday meals, and other special occasions.
Source: MSN