The man is a human a wrecking ball for big government bureaucrats and ‘Social Justice’ totalitarian ambitions.

First, he signed a law protecting free speech on campus. A law which, in saner times, would have been unnecessary: BOOM: TX Gov Signs Campus Free Speech Bill Into Law (Video)

He just signed a law preventing nanny state government officials from shutting down a kid’s lemonade stand… ‘even if they (gasp!) don’t possess a permit’.

And now? Now he signed a ‘Save Chick Fil A’ bill — which is to say, he signed a religious freedom bill into law.

Even before it landed on his desk, he was having some trolling fun with it:

So. What are the odds I’ll sign the Chick-fil-A bill?

I’ll let you know after dinner.

Texas state Rep. Matt Krause (R), who sponsored the bill in the state House, said that it will prevent the government from treating companies like Chick-fil-A unfairly.

“What we want to make sure is if you donate to the Salvation Army, you won’t be labeled as a bigoted,” he told the Dallas Morning News.

Why did they feel a need to pass such a law?

Because companies are being singled out for punishment by the totalitarian outrage mobs for supporting the ‘wrong’ social causes. And the government itself is being weaponized against individual companies for failing to comply with activist’s demands.

“San Antonio is a city full of compassion, and we do not have room in our public facilities for a business with a legacy of anti-LGBTQ behavior,” Councilman Robert Treviño told KTSA-FM.

One of the criticisms brought up against Chick-fil-A by the city council was that its foundation had donated in the past to groups, including the Salvation Army and the Fellowship of Christian Athletes, that had policies in place that professed traditional views on marriage.
Source: TheBlaze

Salvation Army has a presence in San Antonio. Here are some of the ‘offensive’ things they do: 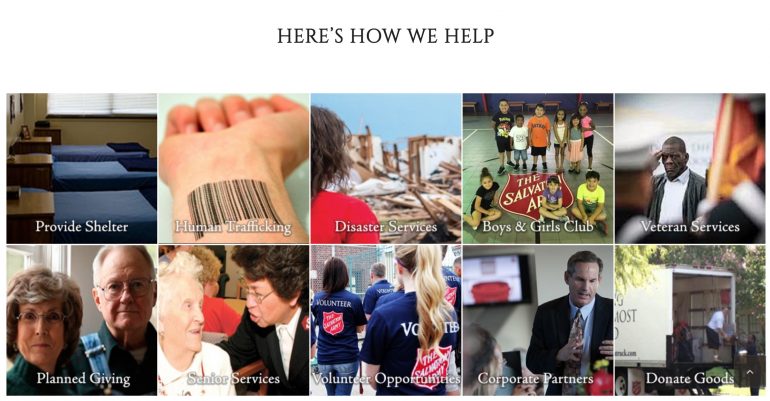 Gee, wouldn’t want anyone supporting THOSE causes, would we?

The Pride provocateurs aren’t interested in being merely accepted anymore. Why should they be? They have a whole month where corporations and politicians bend over backward to signal their support and tolerance — ‘or else’.

This is an entirely PUNITIVE Brownshirt tactic of attacking any ‘heretic’ who doesn’t bend the knee to their new secular orthodoxy. They won’t burn you at the stake. They’ll just harass your business, and drive you into bankruptcy. They’ll make you unemployable.

They’ll frighten advertisers away from your television and radio programming in an effort to force compliance.

Their tactics are more subtle and sophisticated than the violence of various revolutions. But don’t let their bloodlessness fool you, the intent is no less hateful than anyone chucking Molotovs or building a Guillotine.