It looks like Rep. Ilhan Omar will have to address the allegations once and for all.

The Minnesota Star Tribune has revealed that a state agency has just released some documents that are raising questions about Ilhan Omar’s marital history and whether or not she married her brother in order to commit immigration and student loan fraud.

ClashDaily reported on the curious marital history (and possible fraud) back in February — on Valentine’s Day, no less.

In that article, David Steinberg from PJ Media dug into her history and found that Ilhan Omar, her current husband, Ahmed Abdisalan Hirsi, and her alleged brother, Ahmed Nur Said Elmi, all lived together in North Dakota and then moved to another address — together — in North Dakota.

2008: Omar and Hirsi “ decided to end our relationship in our faith tradition.”

The spotlight is now on Omar’s former marriage when it was revealed that she illegally used campaign finance funds to correct an “error” when she filed her taxes in 2014 and 2015. Apparently, her own marital history was so confusing, even she was confused by it, and filed her taxes with the man she wasn’t married to while being legally married to the other. Honest mistake, right? It could happen to anyone.

New investigative documents released by a state agency have given fresh life to lingering questions about the marital history of Rep. Ilhan Omar and whether she once married a man — possibly her own brother — to skirt immigration laws.

Omar has denied the allegations in the past, dismissing them as “baseless rumors” first raised in an online Somali politics forum and championed by conservative bloggers during her 2016 campaign for the Minnesota House. But she said little then or since about Ahmed Nur Said Elmi, the former husband who swept into her life in 2009 before a 2011 separation.

The questions surfaced again this month in a state probe of campaign finance violations showing that Omar filed federal taxes in 2014 and 2015 with her current husband, Ahmed Hirsi, while she was still legally married to but separated from Elmi.
Source: Star Tribune

The Star Tribune reports that she did clear up the discrepancy in reporting legally speaking, but has declined to say how it happened in the first place. It’s a bit weird that she’d file taxes with someone when she was legally married to another man, eh?

Tina Lowe’s article in the Washington Examiner shows that Rep. Omar’s timeline of events doesn’t exactly line up with records. Omar and Hirsi both lived in the same home at the same time while their non-legal but religious marriage had supposedly ended and Omar was legally married to another man.

Public documents, for instance, place Hirsi and Omar living in a home together in the Cedar Riverside neighborhood of Minneapolis in 2009, the year Elmi and Omar married, and two years before Omar claims she reconciled with Hirsi.

Specifically, local courts listed this address for both Omar and Hirsi in separate traffic violations in mid-2009, the year Omar and Elmi married.

First of all — what the hell?! Two dozen traffic violations? Jeez, these folks seem to be absolutely terrible drivers!

According to state records, within three months, Omar, Elmi, and Hirsi all used the same address in Columbia Heights with separate government agencies — Omar and Elmi for their marriage application, and just three months later, Hirsi applied for a business license for his One-on-One Cafe Lounge.

Omar has declined to comment on their living arrangements at that time.

A spokesman for Omar, Jeremy Slevin, has said that any inquiry into her personal life is “illegitimate” and issued a statement on Friday:

“Since before she was elected to office, Ilhan has been the subject of conspiracy theories and false accusations about her personal life. Emboldened by a president who openly treats immigrants, refugees and Muslims as invaders, these attacks often stem from the presumption that Ilhan — like others who share those identities — is somehow illegitimate or not fully American.

“Ilhan has shared more than most public officials ever do about the details of her personal life — even when it is personally painful,” he continued. “Whether by colluding with right-wing outlets to go after Muslim elected officials or hounding family members, legitimate media outlets have a responsibility not to fan the flames of hate. Continuing to do so is not only demeaning to Ilhan, but to her entire family.”Source: Star Tribune

The Star Tribune has reported that her campaign attempted to keep her marriage to Elmi out of the media because they didn’t want to “legitimize” the accusations or invade her privacy. Omar’s refusal to answer questions or provide documentation to prove that she didn’t marry her brother is actually the thing that is shining a spotlight on her marital history.

Since the recent findings of the campaign finance board that discovered Omar had improperly used campaign money to pay a lawyer to fix her tax filings, the Star Tribune searched public records — including available databases, the marriage and divorce filing, business licenses, university records and other documents — and could find little publicly available information about Elmi. The search of records could neither conclusively confirm nor rebut the allegation that he is Omar’s sibling.

Sent a list of questions and a request to talk to her siblings and father, Omar declined to do so. Hirsi did not reply to multiple calls, texts and e-mails. Social media posts indicate Elmi is in Africa. He did not respond to multiple e-mails.
Source: Star Tribune

In addition, the article notes that Omar’s family members could also clear up the issue but have not responded to the media queries.

The marriage to Elmi may have been done simply to fast-track his immigration application and to apply for student loans as a married man with dependants. (Remember, Omar had two children with Hirsi before she married Elmi.)

Siblings who petition for a U.S. visa for a noncitizen sibling have typically had to wait more than a dozen years to obtain the document, according to the U.S. State Department. Applications for a spouse carry a minimal waiting period, but Minnetonka-based immigration lawyer Steven Thal said examples of siblings fraudulently marrying to gain immigration benefits are nearly unheard of compared to cases of strangers marrying to get green cards.
Source: Star Tribune

Elmi, a British citizen, has returned to the United Kingdom.

When Omar filed for divorce in 2017, she told a judge under penalty of perjury that she had had no contact with Elmi since she had reconciled with Hirsi in 2011, and did not know how to contact him, nor did she know anyone else that could. However, now-scrubbed social media posts on both Facebook and Instagram seem to dispute this. Elmi had posted a photo of himself with a newborn that he called his “niece” on the same day that Omar gave birth to her third child in 2012. That photo is in this ClashDaily article: 5 DAMNING Facts About Rep. Ilhan Omar That The Media(D) Has Ignored

To answer the question, “Why do people think that Ahmed Nur Said Elmi is Omar’s brother?” It all has to do with the way Somali children are named. Elmi’s second name is the same as Omar’s father’s first name, Nur Omar Mohamed, which is consistent with the Somali naming tradition.

Women usually do not change their last name when they marry, so married parents often will have different last names than each other and their children.

Rep. Omar has called the allegation that she married her brother “disgusting” but has repeatedly refused to provide proof that they are not related, and has declined to answer specific questions posed by reporters. The AP notes:

Omar broadly denied the allegations in a statement to The Associated Press, but declined to provide documents or answer specific questions when pressed.

It looks like this isn’t going away anytime soon, and the more people dig, the worse it looks for Ilhan Omar.

There are some legitimate questions here: 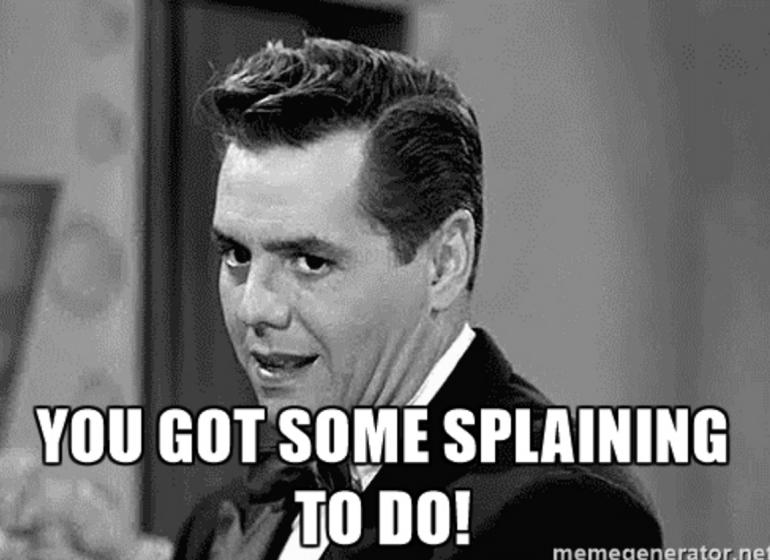