It may not be ‘the big one’ but it still managed to make an awful mess. It looks like this might not be the end of it, either.

The Friday magnitude 7.1 earthquake hit about 11 miles from Ridgecrest, the town in Kern County which was very close to the epicenter of the magnitude 6.4 quake felt on Thursday.

The quake, which interrupted sports games and sparked fires, was felt in Las Vegas and downtown Los Angeles as a rolling motion that seemed to last at least a half-minute.

Seismologist Lucy Jones says that there is a 1 in 10 chance of another magnitude 7.0 or greater quake, and that the probability of a 5.0 is “approaching certainty.”

The 7.1 magnitude quake on Friday was 11 times stronger than the 6.4 on Thursday.

Dr Lucy Jones, a seismologist for the California Institute of Technology (CalTech), said Friday’s quake was the most powerful to hit Southern California since another 7.1 temblor in the same area in 1999.

Jones also warned there is about a one-in-10 chance that another 7.0 quake could hit within the next week, and the the chance of a 5.0-magnitude quake ‘is approaching certainty’.

Look at those chandeliers swing:

Sound up for this one:

Sound up for this one, too:

7.1 magnitude earthquake 150 miles away in Ridgecrest, Ca. This is in my 6th (very top) floor apartment in Glendale, Ca. Turn your volume on for the full effect! #earthquakes #earthquake #EarthquakeLA #earthquakecalifornia @earthquakeBot @USGSBigQuakes pic.twitter.com/ZCokTSHvgM

#KCAL9 #earthquakela video taken on the 9th floor of my husbands office in Irvine pic.twitter.com/0zQSeh5Kae

Here’s a news room… as it happened:

We had an earthquake in LA today and our crew reacted, well, as any one of us would if we were in the middle of an earthquake. pic.twitter.com/dSzTJ4hIeh

While some people were concerned about the quake, the Dodgers and Padres kept right on playing.

Meanwhile, the ballgame played on.

What? You guys haven’t seen an earthquake before?

The Dodgers and Padres decided to continuing playing during the earthquake ? #EarthquakeLA pic.twitter.com/IlorcVRVnz

Several videos of pools spilling over were posted to social media.

The earthquake caused the water in this pool to violently spill over. #EarthquakeLA pic.twitter.com/d7Rg8NPwkx

That moment when your pool becomes a wave pool:

Guyssss look a my pool during this earthquake though, water was gushing out #EarthquakeLA pic.twitter.com/3wogrmaxAQ

Some folks decided to roll with it.

An employee at the #Ridgecrest @Walmart shot this video inside the store following the 6.4 magnitude quake, shows three aisles with significant damage @ABC7 #earthquake #earthquakeLA pic.twitter.com/fygTIGBRzv

Products that had fallen from store shelves left a huge mess for employees to clean up.

Some would weep over the lost wine… 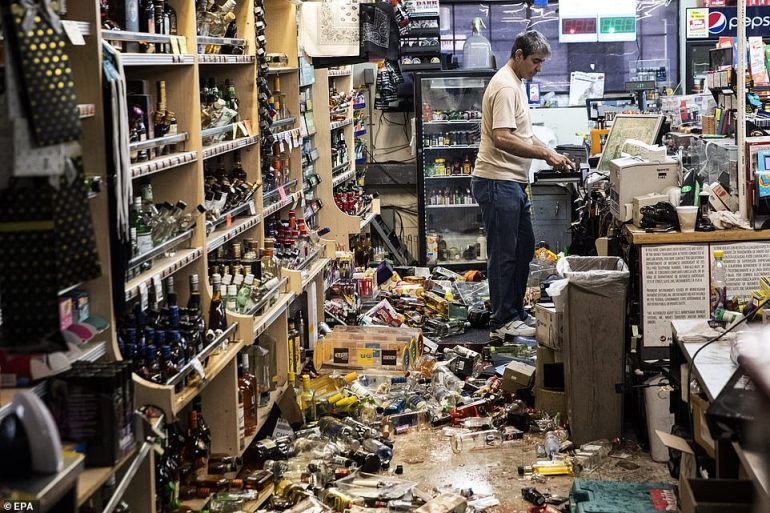 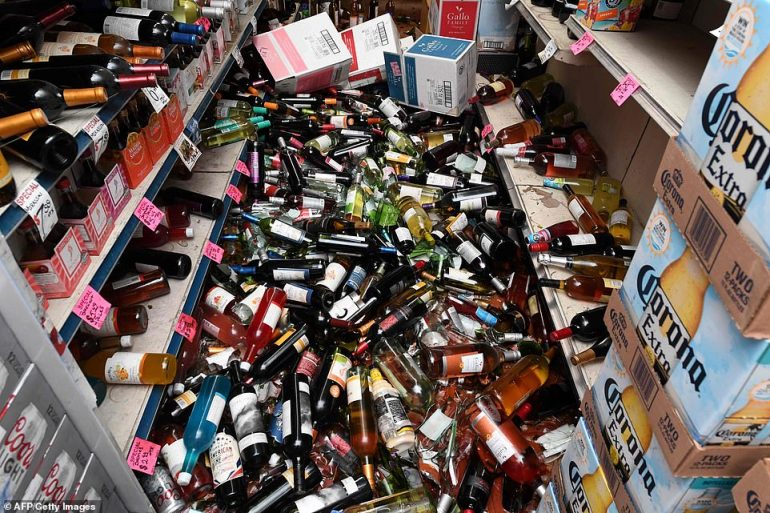 Others, over the headache the poor librarian has to deal with: 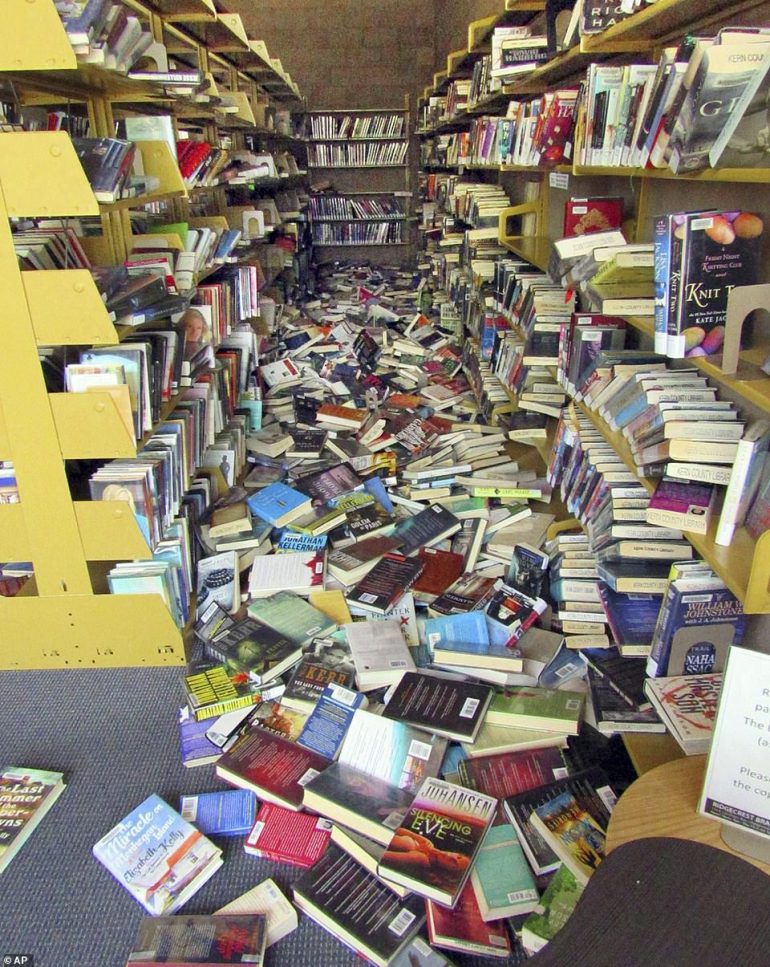 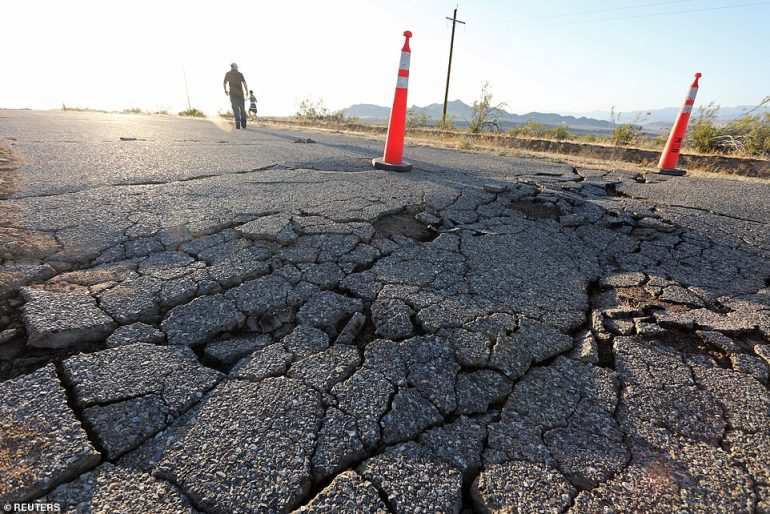 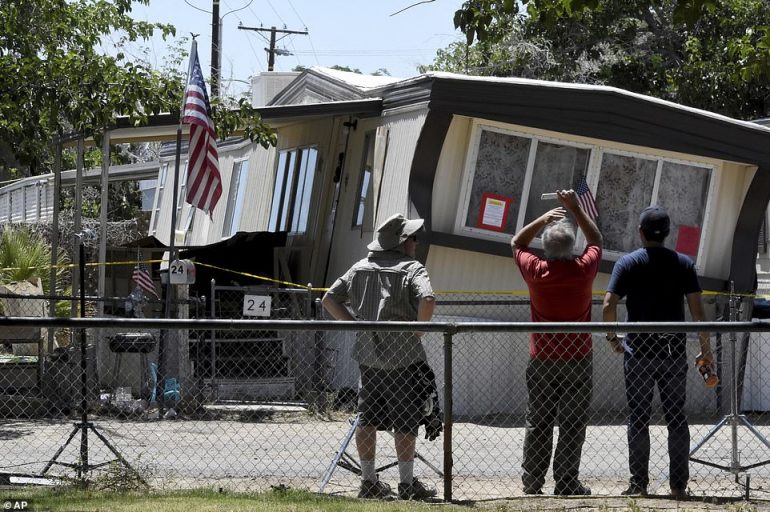 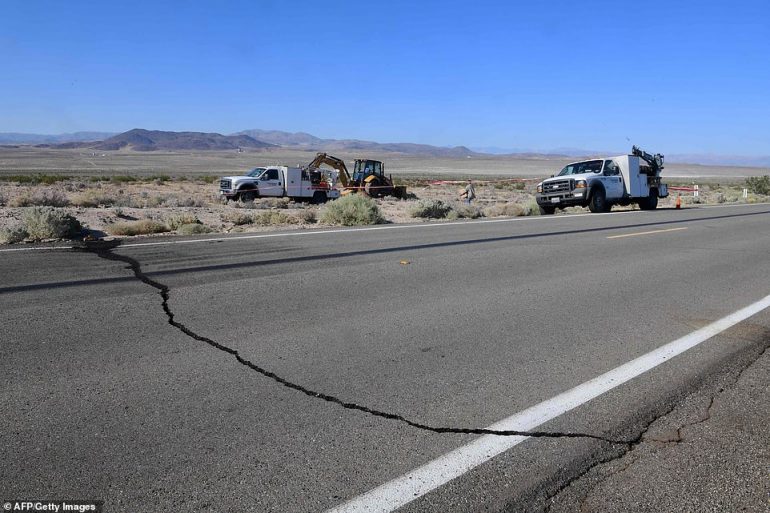 Some of the damage was not trivial at all — like this fire: 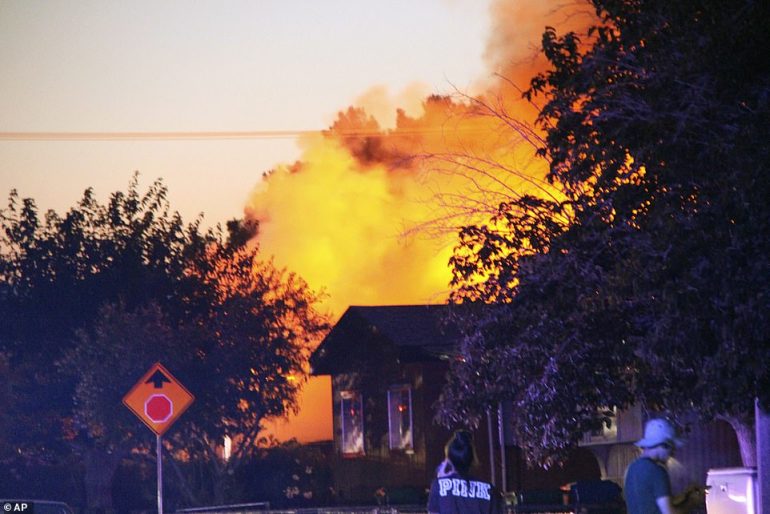 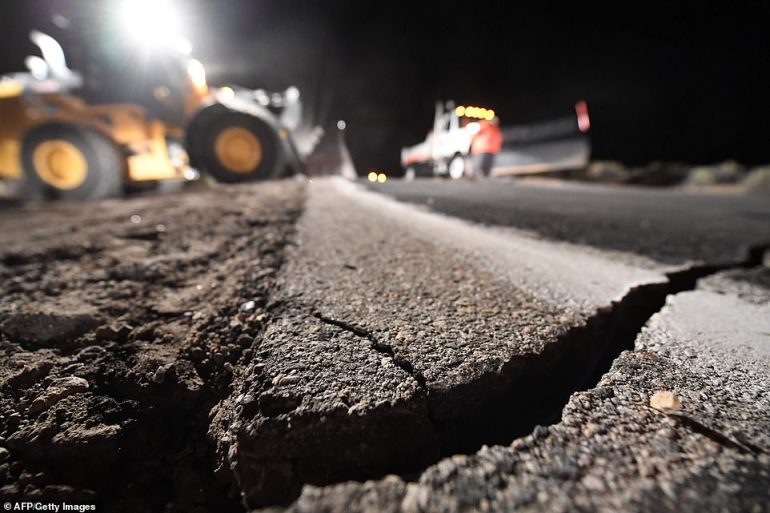 For all the havoc, the good news is that there has been no loss of life.