Get that money ready for the swear jar. Imagine what these shmucks would call for if they WERE the ‘enemy of the people’?

First, remember that every candidate in the Dem Debate raised their hand to support Health Care for every illegal immigrant. Some even wanted to decriminalize illegal immigration entirely.

Next, remember that the NYT is little more than a propaganda arm for the Democrats.

And let’s not forget who bailed them out when they ran into financial trouble … Carlos Slim Helú, the Mexican Billionaire.

It should come as no real surprise, then, that the NYT released an Op-Ed weaponize the border crisis that — until recently — Democrats wouldn’t even acknowledge really existed.

The cited work was submitted by Kate Cronin-Furman, an assistant professor of human rights in London, England. Wonder if she has anything to say about the decades-long sexual abuse of young girls in her own country by so-called ‘grooming gangs’?

You know it’s going to be a doozy by how she leads off her story (source: NYT):

The Treatment of Migrants Likely ‘Meets the Definition of a Mass Atrocity’
Children are suffering and dying. The fastest way to stop it is to make sure those responsible, including the foot soldiers, face consequences.

You’d have to work very hard to get the starting premise more wrong than that, actually. The Democrats reduced the number of beds. AOC is deliberately using her role in Congress for scaring banks from loaning money to build shelters. She also cheered when she mobilized employees at Wayfair to walk out rather than providing beds that would improve their living conditions, and she posed for a propaganda photo at the so-called ‘concentration camps’ she is denouncing.

What are she and the Democrats NOT doing?

They are not addressing the root causes. Much like a river overflowing its banks after a record rainfall will make a mess of any unprepared town downriver, an immigration crisis overflowing the intake capacity of the receiving institution.

A pediatrician who visited in June said the centers could be compared to “torture facilities.” Having studied mass atrocities for over a decade, I agree.

Did she happen to mention the nature of those illnesses, or how far they had already progressed by the time said children had perished, or to what degree their condition was worsened by travel in harsh conditions, or the logistics complications of ferrying more than 100 ‘migrants’ from the place they were originally apprehended to a proper shelter where care could be given?

Of course not. She’s an activist with an ax to grind; such trivialities merely get in her way.

What’s happening at the border doesn’t match the scale of these horrors, but if, as appears to be the case, these harsh conditions have been intentionally inflicted on children as part a broader plan to deter others from migrating, then it meets the definition of a mass atrocity: a deliberate, systematic attack on civilians. And like past atrocities, it is being committed by a complex organizational structure made up of people at all different levels of involvement.

What if you’re off by exactly 180 Degrees … again?

What if this crisis was ‘intentionally inflicted’ by Democrat House’s deliberate and explicit refusal to fund available solutions so that Democrats can (a) keep an open border and (b) weaponize these conditions against a supposedly ‘uncaring’ Republican President? That possibility doesn’t enter into her calculations, somehow… despite that having been exactly what happened.

Did she mention that anyone who wishes to willingly return across the border would immediately be released so they could do so? Nope. Is the ability to ‘opt out’ of the ‘horrors’ a traditional feature of ‘atrocities’ too?

Alright, she’s part of the educated class that is her to shed her light upon the benighted multitude. So — what’s her solution?

Stem the flow of illegal immigration?

Disincentivize illegal border-jumping by limiting Asylum to claims made at lawful checkpoints or — better still — American Embassies in the source country?

Increased resources to sort out real applications from those trying to game the system?

Nope. None of those. She’s going straight to the Antifa / Anarchist / Alinskyist pressure-tactics playbook.

Thinking of what’s happening in this way gives us a repertoire of tools with which to fight the abuses, beyond the usual exhortations to call our representatives and donate to border charities.

Those of us who want to stop what’s happening need to think about all the different individuals playing a role in the systematic mistreatment of migrant children and how we can get them to stop participating. We should focus most on those who have less of a personal commitment to the abusive policies that are being carried out.

She’s calling for pressure tactics against the government employees.

The identities of the individual Customs and Border Protection agents who are physically separating children from their families and staffing the detention centers are not undiscoverable. Immigration lawyers have agent names; journalists reporting at the border have names, photos and even videos. These agents’ actions should be publicized, particularly in their home communities.

This is not an argument for doxxing — it’s about exposure of their participation in atrocities to audiences whose opinion they care about. The knowledge, for instance, that when you go to church on Sunday, your entire congregation will have seen you on TV ripping a child out of her father’s arms is a serious social cost to bear. The desire to avoid this kind of social shame may be enough to persuade some agents to quit and may hinder the recruitment of replacements.

Right. But she’s ‘not’ calling for Doxxing.

Has she stopped to recognize that because the tactic of using children as leverage to gain asylum has been effective, a serious percentage of those children (perhaps one-in-three) are NOT actually traveling with legal guardians or family members? Don’t we normally call that ‘child trafficking’?

Should children REALLY be reunited with the people trafficking them???

And if that isn’t pressure enough…

When those directly involved in atrocities can’t be swayed, their enablers are often more responsive. For-profit companies are supplying food and other material goods to the detention centers. Boycotts against them and their parent entities may persuade them to stop doing so. Employees of these companies can follow the example of Wayfair workers, who organized a walkout on Wednesday in protest of their company’s sale of furniture to the contractor outfitting the detention centers. Finally, anyone can support existing divestment campaigns to pressure financial institutions to end their support of immigration abuses.

OK… so, rather than stem the commercialization of children as asylum assets per se, she wants the people who are separating these children from child traffickers to be shamed and punished.

And the supposed ‘Paper of Record’ is publishing this easily-debunked vapid nonsense? 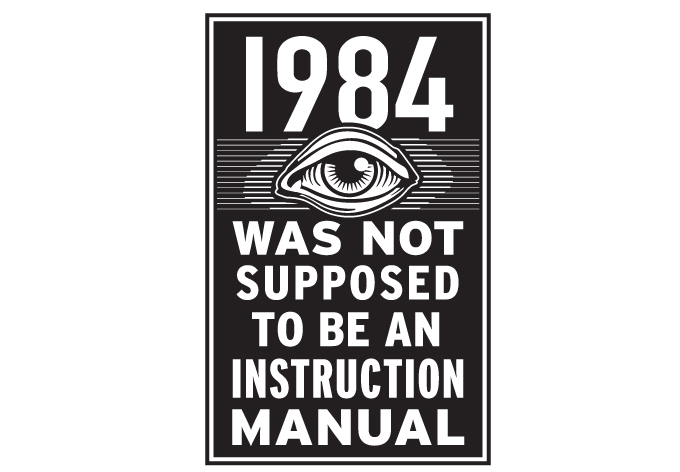 Oh, how the mighty have fallen. And if ICE agents DO start getting personally targeted and threatened, some lawyer could earn themselves a tidy sum on the class-action lawsuits that follow.