The President is never one to shy away from an issue, why would this issue be any different? (And Pelosi won’t like him bringing THIS up again.)

Like water off a duck’s back. He doesn’t seem the least bit bothered by the bogus claim. In fact, he was able to talk about just how over-used the term is — at Pelosi’s expense.

That’s right Nancy, just because you have a (D) after your name doesn’t mean your immune to intersectional mudslinging. You ARE ‘white’ after all. Check your privilege — or something.

Trump makes another point that people like Don Lemon that throw around the term ‘racist’ like a midget in a mosh pit haven’t considered. See if you can spot it.

.@SteveScully: "When Congressman Elijah Cummings calls you a racist, your reaction is what?

President Trump: "I think the word has really gone down a long way, because everybody's called a racist now. Her own party called Nancy Pelosi a racist two weeks ago." pic.twitter.com/keXPup0ndL

We also like that the President added (as an opinion, mind you) that he’s the least racist person ‘in the world’ as far as he is concerned.

It’s certainly categorical denial in very ‘Trumpian’ larger-than-life braggadocio fashion. But is he wrong? If he believes himself to be zero-percent motivated by racial animus, doesn’t that literally put him in a tie with every other not-racist person on the planet?

Is it a ‘different’ way to make a categorical denial? Sure. But it gets the job done, (and better yet), makes for a good sound bite that will be picked up on the news so a MUCH wider audience will hear him denying the accusations so casually made against him.

One Twitter user picked up on the statement I hinted at earlier, but drew entirely the wrong conclusion from it. He defaulted to being offended. Typical.

Is he witty? Well, lets split the difference and say he’s half-right. Here’s what yours truly said in reply.

That’s something we do NOT want to see happening in this already racially-charged environment.

They left have even gone further than that — CNN is actually giving self-proclaimed racists a platform because their hatred for Trump exceeds their contempt for racists.

Or have we already forgotten this story? Race-Baiting CNN Invites Richard Spencer As Guest On Their Network

If only we had some kind of a clue: Dear CNN: Before You Crap On Trump, Explain What Obama Is Doing In This Pic 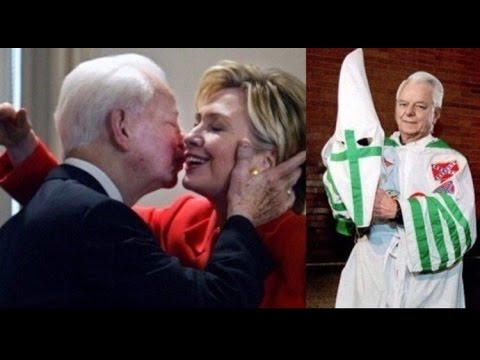