Yet another mass murder, in a public space, and it’s ALREADY politicized while the bodies are still warm.

Victims of the attacks ranged from toddlers to senior citizens.

Here’s what we know so far:

The violence broke out in a crowded El Paso Walmart packed with shoppers looking after their back to school shopping. “Packed” has been described as ‘at capacity’, with possibly 3000 customers and 100 employees on site at the time it happened.

Here is footage of shoppers making their way to the exits.

Original reports of three men in custody and reports of multiple shooters been replaced by later reports of just one man in custody, who just turned 21 years old. Nothing about his motive is yet available. 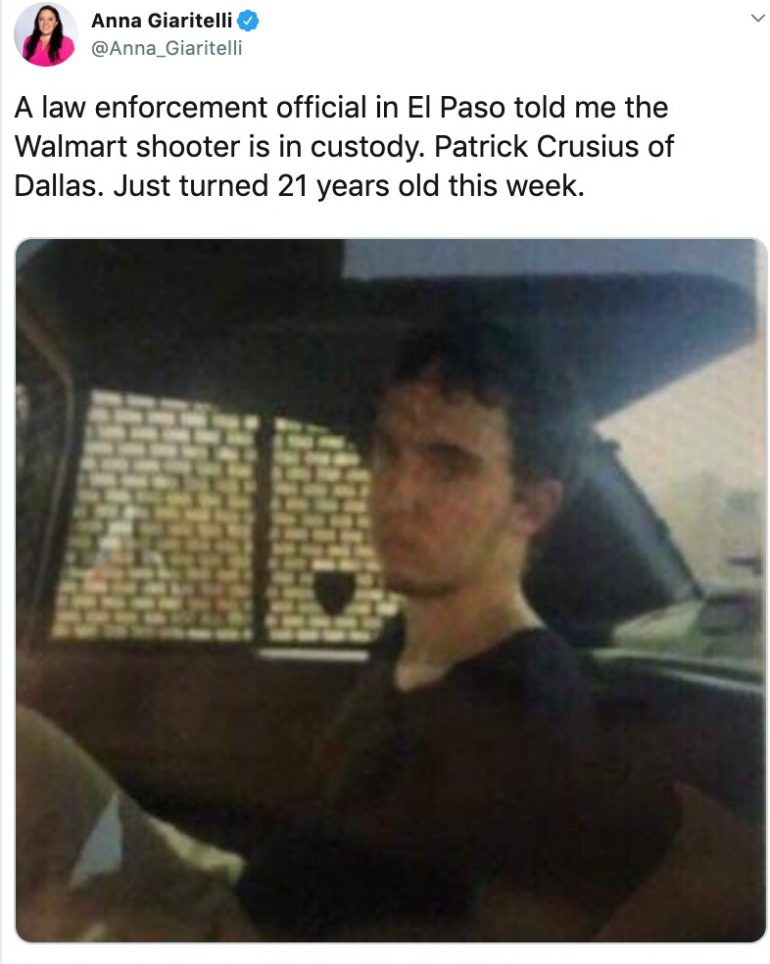 Here is the most recent police report giving the particulars.

El Paso police say a “white male in his 20s” is in custody https://t.co/4YDb7WiopY pic.twitter.com/i63REX7Jz7

The accused was brought into custody without incident, no police discharged their firearms in the process of arresting him.

The usual political people made the usual statements pointing fingers in the usual places. There will be plenty of time to talk about them and their agendas. But this story is about the facts of the event itself.

While others focus on the ‘evil’s of gun ownership, we’ll spotlight this amazingly heroic gun owner who shows us the value of a good guy with a gun. Meet Badass hero US Army Specialist Glendon Oakley saving scared kids in a dangerous situation:

This man is an American hero. During the mass shooting in El Paso, he acted to save as many children as possible and used his legally owned weapon to help.

This man represents everything that’s great about this country. pic.twitter.com/69ovEw3uhN

Even here at home, on a day off, you do your country proud.

Honestly, if after hearing this your immediate action is to capitalise on it for political gain while the bodies are still warm, then I cannot respect you. At all.

Honestly it's sad. It also turns the focus and emotion away from where it should be for now.