USUALLY, flipping from support of Trump to opposing him will charm the media. But with a social media history like this guy has, he’s screwed.

Although, if it doesn’t work out, he can still apply for the New York Times.

Joe Walsh is just another RINO elected Republican trying to carve out his piece of the ‘NeverTrumper’ space. He claimed to support the President initially, but he’s flipped and is now actively seeking to remove him.

He thinks he’s going to run as Trump’s Republican opponent.

If he thinks he’s got a shot, he REALLY hasn’t thought this through.

For one thing, Republicans have no idea what this guy REALLY stands for. In October 2016, Trump had his support to the extent that Joe tweeted:

Um… hate to break it to you, but that’s not really how elections work, Joe. In fact, that’s exactly the problem we’ve got with the thugs from Antifa. But thanks for coming out.

We haven’t gotten to the big ones yet.

Bill Kristol – rabid NeverTrumper – is all in on this guy. Because he’s not really a man of principle.

And he’s citing the passage about David and Goliath from scripture in his gleeful support of someone — ANYONE — to make Trump go away. That citation backfired pretty dramatically.

The weirdest thing about King David was his constant bitching about not being allowed to use the n-word https://t.co/QapoIBAhlc pic.twitter.com/JwN7v4Pumu

If you can’t see the tweets that Jerry fired back with, we’ll insert them here: 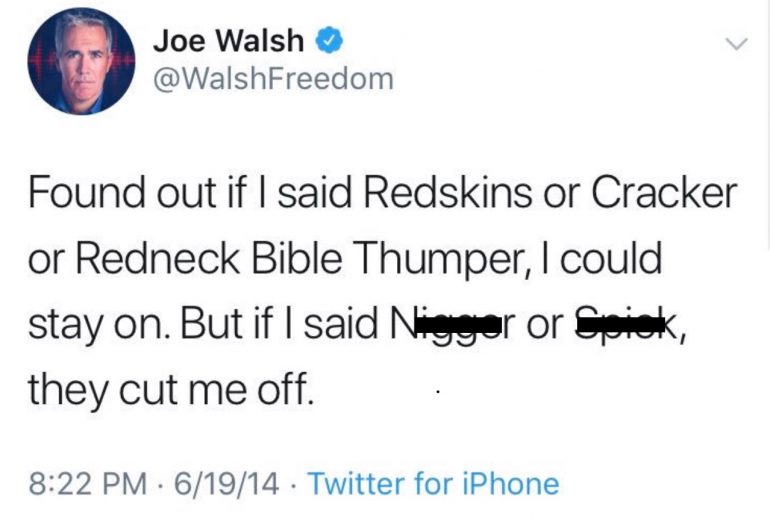 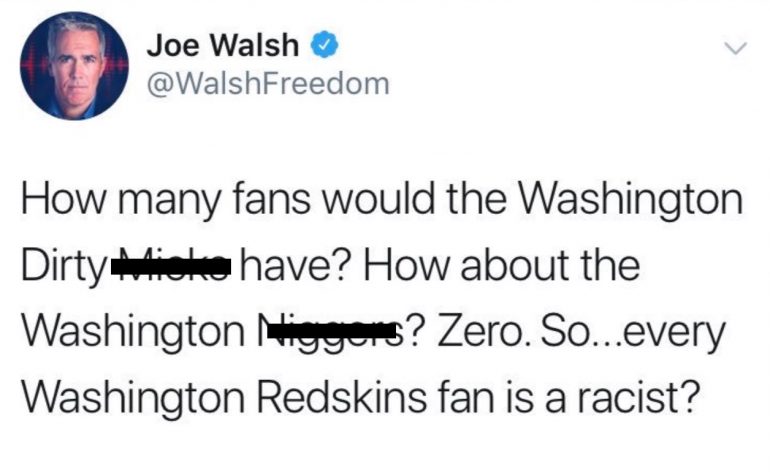 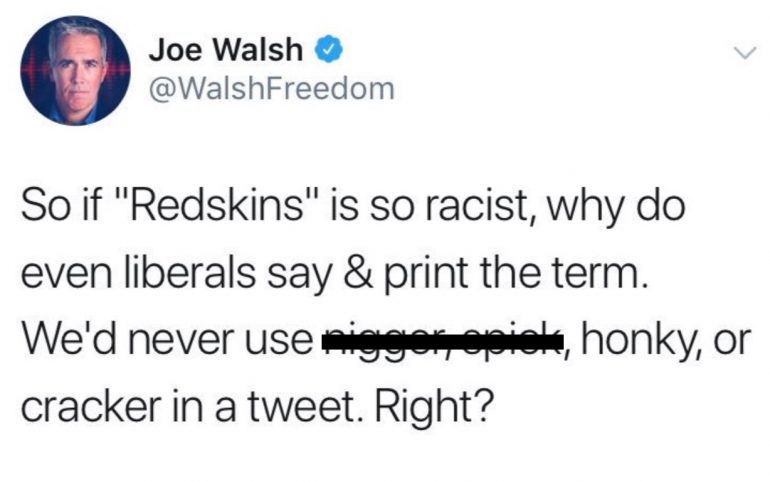 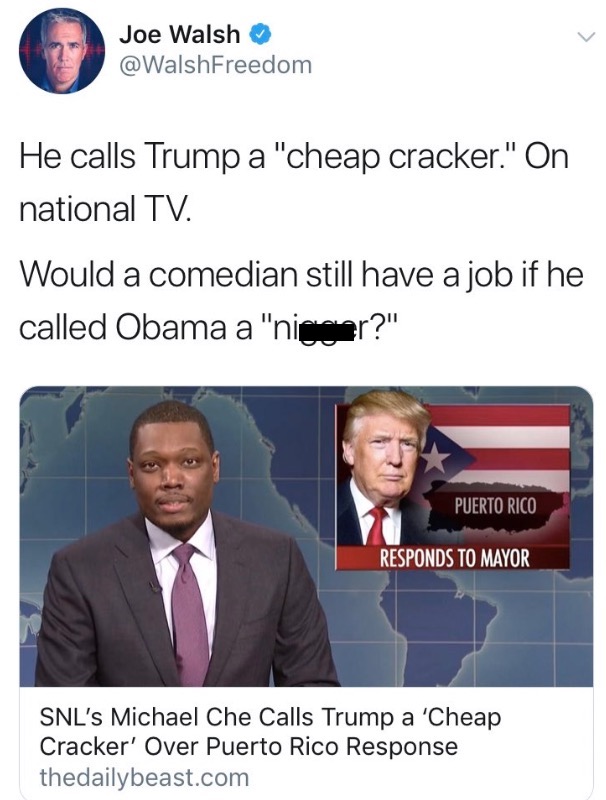 And besides those, Axios reminds us of a few other statements that would be political Kryptonite.

It’s kind of amazing that of all the people on earth Bill Kristol could’ve picked to help him cash checks to take on the Bad Orange Man, it was the N-word-dropping, child support-skipping, conspiracy-obsessed Birther who captured his heart. https://t.co/BhBIhZVTpx

On second thought, there’s an upside to this stupid chapter in Republican politics. It’s obvious he doesn’t stand a snowball’s chance in Hell.

But this would present an interesting test of Democrat priorities.

Yes, you read that correctly… Democrat.

Will the media and the left prioritize the destroying of a Republican that made the unpardonable sin of using racial epithets only Leftist are allowed to use?

Or will it be like Scaramucci and Richard Spencer where they are so happy to find a fellow Trump-hater that they will consider all other sins absolved because he is helping them take down Orange Man Bad?

Either way, it’s unlikely that Trump will be lying awake at night, or worried about his chances of being the GOP nominee in 2020.

Here are some relevant articles on exactly that topic: