Earlier this week, an overly-excited fan compared Trump to King David or the Second Coming. The Left suddenly found religion and wrung their hands in outrage.

They seem to have conveniently forgot all the times THEIR side went WAY over the top in their praise of that other guy. 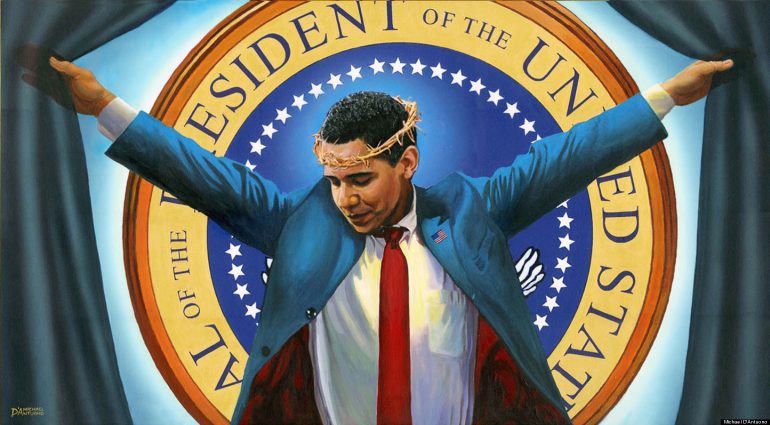 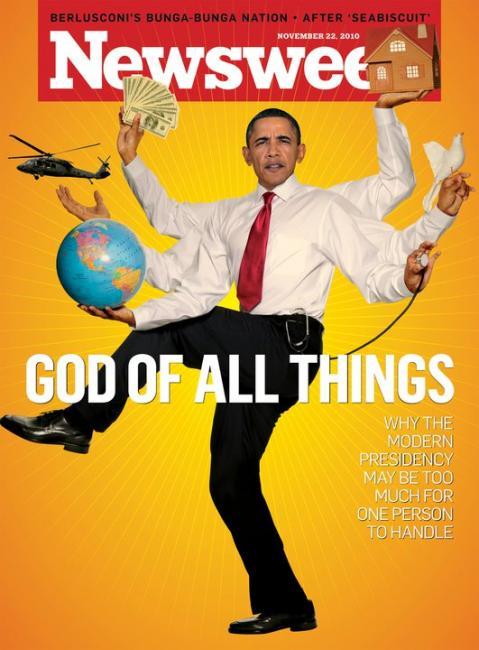 Oh, look, a crown of thorns AND a Hindu god!

Good job guys! You managed to blaspheme a whole variety of religious folks!

Here’s Trump riffing off the ‘chosen one’ line in the midst of telling the world that he’s taking a stand against China when a series of predecassors, did nothing about it. This, predictably, set off the Perpetually Offended.

Talking about the threat of China, and then ripping on them,

The freakout hit the ‘respectable’ networks at home and abroad.

SkyNews, Roll Call, CNBC, CNN and the thoroughly laughable ‘The Root’ all had headlines featuring the phase ‘Chosen One’.

Funny how we don’t remember those same groups freaking out when this happened:

Right on cue, Trump fired back:

On Friday, when a reporter asked Trump about his choice of language, he replied:

Let me tell you, you know exactly what I meant. … It was sarcasm. It was joking. We were all smiling. And the question like that is just fake news. You’re just a faker.

He further tweeted on Saturday:

….having fun. I was smiling as I looked up and around. The MANY reporters with me were smiling also. They knew the TRUTH…And yet when I saw the reporting, CNN, MSNBC and other Fake News outlets covered it as serious news & me thinking of myself as the Messiah. No more trust!

When I looked up to the sky and jokingly said, “I am the chosen one” at a press conference two days ago, referring to taking on Trade with China, little did I realize that the media would claim that I had a “Messiah complex.” They knew I was kidding, being sarcastic, and just having fun. I was smiling as I looked up and around. The MANY reporters with me were smiling also. They knew the TRUTH…And yet when I saw the reporting, CNN, MSNBC, and other Fake News outlets covered it as serious news & me thinking of myself as the Messiah. No more trust!
Source: DailyWire

It’s probably safe to say that the billionaire playboy who thinks the fact that he doesn’t drink is pretty much the ONLY good thing some people can say about his moral character doesn’t SERIOUSLY think he’s riding that white horse as the savior of the nation… or the world.