Yeah, we thought it was nasty too… on a whole lot of levels.

…As the couple has sex, litter pickers wearing Pornhub-branded boiler suits clean up around them.
Source: Dezeen

The link in the above citation brings you to the trailer.

Oh great. As though people weren’t already morally confused enough! A website explicitly dedicated to the (explicit) superfluity of naughtiness is dressing itself up in the trappings of … morality.

And here we were thinking Planned Parenthood’s onesies were pretty much the top rung of the West’s politically macabre irony. (The black ‘redacted’ bars are not on the actual clothing. Imagine some of the ‘firsts’ being caught while wearing one of those? Stay classy!) 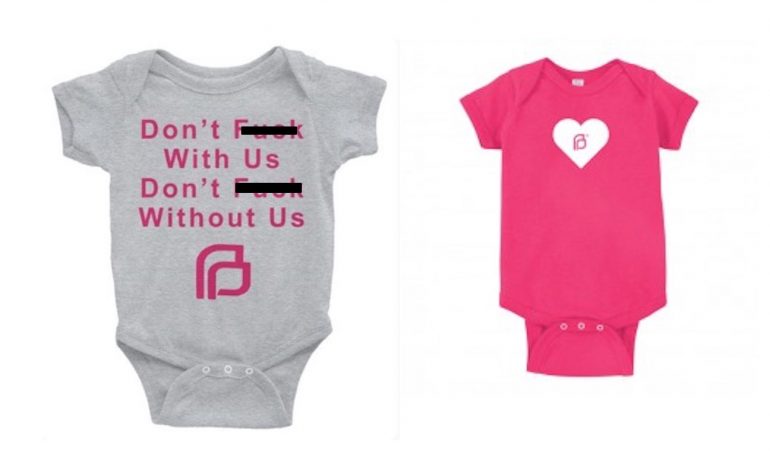 There are plenty of instances where it becomes evident that girls are manipulated into it, they sign a lease or otherwise find themselves locked into a lifestyle they cannot afford any other way but cranking out films.

No doesn’t always mean ‘no’. Women on screen are told they have no opt-out option when the director asks them to do something they don’t like. Many of the women develop alcohol or drug addictions just to cope with the life they have committed themselves to, and a number of actresses have been sexually assaulted.

That’s not even getting into the ravages of disease or physical injury that can be ‘occupational hazards’ of sex-work.

One newspaper described it this way:

Here are a couple of screenshots from the trailer. (Don’t worry, nobody’s nekkid in them.)

The link to the “filthy” trailer is here.

It’s the digital equivalent of flavored tobacco products. Just another gimmick to tap into a new market.

P*rnhub will use any opportunity, masked under the veneer of charity, to lure people (likely younger men) into its cycle of abuse/evil https://t.co/CaSVZAeqiw