How can ‘a lie get halfway around the world before the truth can get its boots on?’ Simple — the media(D) publishes it.

A year ago, the press worked very hard in helping Democrats discredit and destroy a Supreme Court Nominee. On the flimsiest of uncorroborated evidence (which at one point could not even narrow it down to which SUMMER this alleged attack would have happened) a sitting judge who had successfully passed something like SIX FBI background checks was dragged through the mud and accused of being the worst sort of reprobate.

And the press helped make it happen.

Eventually, his name was cleared (except in the eyes who have abandoned the ‘presumption of innocence’).

But now, a year later, the New York Times ran a NEW salacious piece from a book slinging smears from his school years. It ran excerpts from a new ‘tell-all’ book targetting Kavanaugh.

As a result, there are calls for Kavanaugh to be impeached.

There’s just one problem with the supposedly damning stories they shared about him. No journalist with any reputation worth protecting would ever have run that story.

Why would no self-respecting journalist have run the story? The answer is given in the corrections: 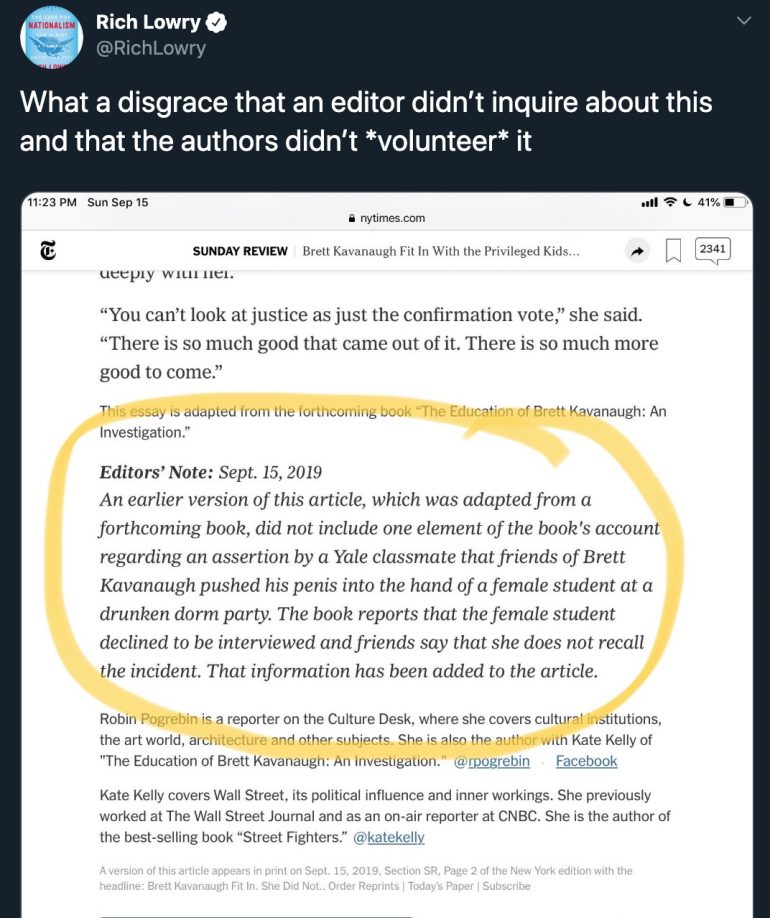 That looks particularly damning of the Times and their own arrogant biases when considered in the light of that leaked story about their Editorial battle plan against the Trump 2020 bid.: LEAKED: New York Times Staff Meeting Reveals The NEW Plan On How To Cover President Trump

Oops. The nickname ‘a former newspaper’ is making the rounds with respect to the NYTimes.

How could we know the Times KNEW they were wrong to have run this story? Here’s something they wrote themselves: 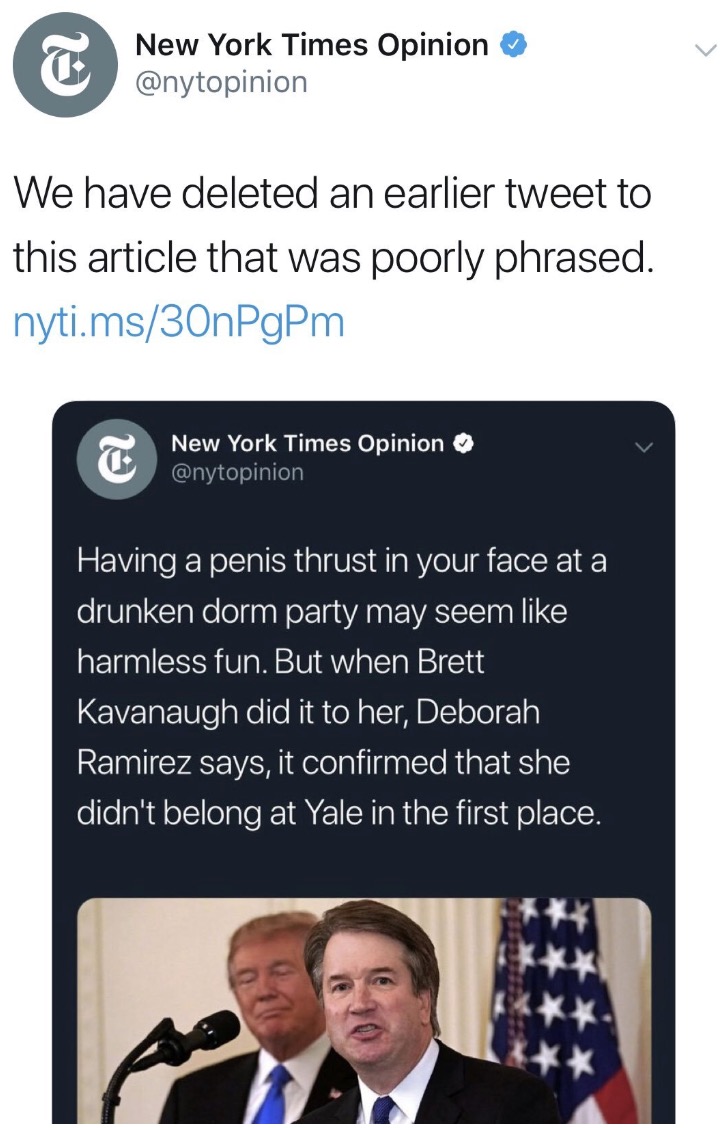 Is that code for ‘our lawyers were concerned we could be on the look for libel?’

Kavanaugh Accuser Now Admits She LIED – Should She Go To Jail?

WATCH: Christine Blasey Ford’s Lawyer Says That A Motivator Was ‘To Put An Asterisk’ Next To Justice Kavanaugh’s Name