Great messaging in a time when schools are ALREADY failing our kids, don’t you think?

The teen being propped up as a climate change celebrity — and a face of the movement — is proceeding apace on her world tour. She will be making an address to the UN in New York on September 23rd.

Why it matters: Per the Times, this a test of the movement’s impact — by causing disruptions and getting noticed by political leaders who are in NYC for the United Nations Climate Action Summit 3 days later and the General Assembly meeting that follows it.

Organizers expect millions of people to leave work, home and school to take part in massive climate strike protests around the world.
The big picture: Youth strike advocates Fridays for Future said more than 2400 events were taking place from Sept. 20 through Sept. 27 to coincide with the UN climate summit on Sept. 23, where Swedish climate activist Greta Thunberg is due to make an address.
Source: Axios

What message does that send to the students?

Well, it’s not like they would have the same widespread encouragement for students to attend — say — the March of Life. This is by no means a politically neutral gathering, so it could be argued this is yet another example of political indoctrination of children, which is a breech of trust.

Can they really AFFORD to spend extra time away from the classroom? 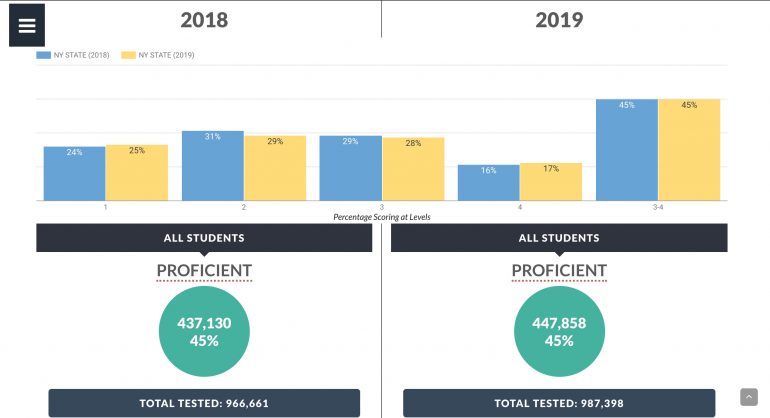 The students in that study are NOT performing particularly well, if the goal of an education is still supposed to include little things like, well, literacy.

How will anyone be able to read whatever they scrawl on their placards if they can’t read it themselves?

But maybe our readers have other ideas about this one-day city-wide skipping, and whether it’s a good idea.

Maybe getting them away from their teachers for a day wouldn’t be such a bad idea after all.

Hit us up in the comments.