It’s not possible to make the name “Hilter” look worse than it already does. Romano-Lukas Hitler: “Hold my beer.”

Romano-Lukas Hitler claims to be a relative of Adolf Hitler who ended up in a monastery when his parents were killed. He was adopted by a Polish family and later moved to Germany as an adult. He claims that his grandfather, A was Adolf Hitler’s uncle. He says, “The name is like a cross to bear and I wish that on nobody.” If only there was a legal way to change your name in Germany… Oh, wait. Here’s exactly how to do that. 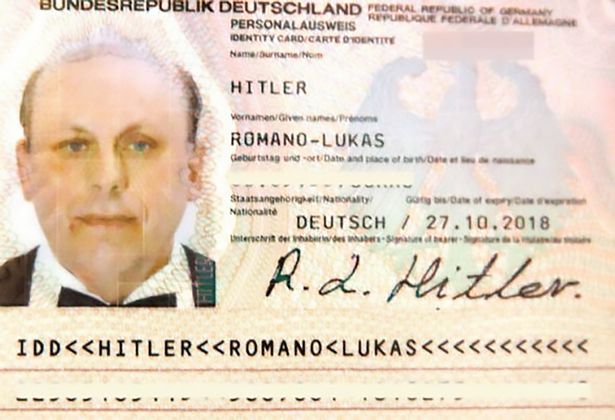 Also, why the heck does he have photos of Adolph Hitler on his wall if he finds it so shameful to be related to him? 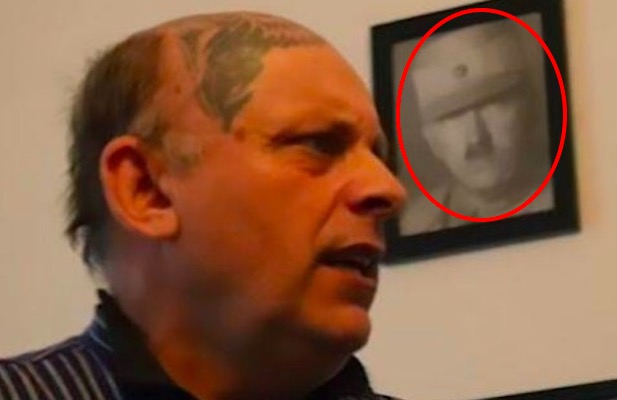 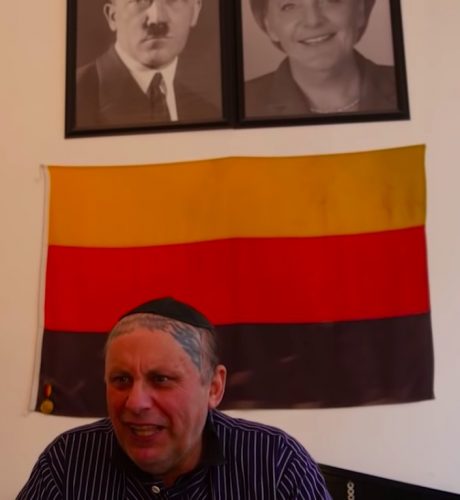 Perhaps it’s because he’s fluent in Polish and his German is a bit rusty.

He insists that his surname is the reason that he has had difficulty finding work despite his training as a ship’s helmsman.

So, it’s the name and not that giant freaking tattoo on this bro’s head?

I mean, it’s likely that it’s both.

Of course, did you expect much from someone who was related to Hitler? It’s got to mess with your mind knowing that you have some DNA in common with such a vile excuse for a human being.

The 69-year old relative of the Nazi dictator was convicted of kissing a 13-year old girl, (identified only as Ania,) against her will after luring her to his apartment with gifts.

The girl’s father filed a complaint with the police when he heard that Hitler had kissed his daughter on the cheek and neck.

The father explains that he had put up a garage for sale and when Hitler came to see it, he took interest in Ania instead.

The angry dad said: “I had put a garage up for sale and Hitler answered the advert. But when he turned up he didn’t seem to have much interest in the garage, only in Ania. He lured her to his flat with sweets, brought her clothes and plastic flowers and even offered to marry her.”

The dad said when their daughter had told them he had kissed her, they banned her from seeing him and filed a complaint with the cops.

Hitler however defended himself, saying he simply enjoyed the company of the child and that when he kissed her it had simply been the usual sort of greeting that was normal in Germany and was harmless. He insisted: “I’m innocent”.

But that was rejected by Judge Ulrich Schettgen, 62, who found it proven that Hitler had “kissed” the girl “against her will on both the neck and cheek”.
Source: Mirror UK

Hitler says that he will appeal the conviction.

This is a weird dude. He has the German flag hanging on his wall upside down.

That’s not the weirdest thing…

He’s got photos of Adolph Hitler, Angela Merkel, and Osama Bin Laden on his wall as visible in this interview from 2015.

His claim of heritage is still disputed and doesn’t quite line up with Hitler’s family tree. Although Hitler has some great-nephews that live in New York, they have disassociated themselves and changed their surname. Romano-Lukas Hitler, however, has been outspoken about his connection to Hitler and has a photo of the dictator hanging above the upsidedown flag hanging in his home.

Either he is a relative of Hitler who embraces it as a crutch to blame his crappy life on or someone who wants people to think that he is related to Hitler.

Whatever it is, it’s clear that that guy is pretty disturbing.

Team Of Lawyers Suing WHO And Related Orgs. For Misleading World About COVID
April 11th, 2021 The Lid