It took a team of five (three of them professional hunters) five hours and a lot of patience to bring it in.

That’s one for the record books.

They first spotted the beast laying by a lily pad. It would disappear for 45 minutes at a time before popping back up for ten seconds or so, and repeat the process.

Derrick Snelson and his 14-year old daughter, Shelby, were hunting in Georgia’s Lake Eufaula with three professional hunters from Lethal Guide Service to help them.

We just stayed at it,’ said Derrick. ‘Every time he would go down, I would say, “That gator is gone. He’s out of here.” Then 45 minutes later, he’d pop his head back up. That’s the good thing of going with a guide service. They’ve already seen this happen. This is only my second time going gator hunting ever.’

‘We finally got the big hook in him,’ said Derrick to Georgia Outdoor News. ‘Once we got him with the big rope, they pulled him up beside the boat, and I shot him with a crossbow bolt through the tail just to have him on a buoy in case he broke off, and we could tell where he went.’

Derrick was able to finally kill the gator with a shot to the head using a 40-caliber Glock.

‘He was a mammoth, it was crazy to see something like that,’ he said.

Dereck says they plan to mount the alligator and eat him.

The 700lb gator is not the heaviest alligator ever reported by a hunter, with 900lbs plus being the record, however it will likely go down as one of the longest hunter-harvested gator.
Source: DailyMail 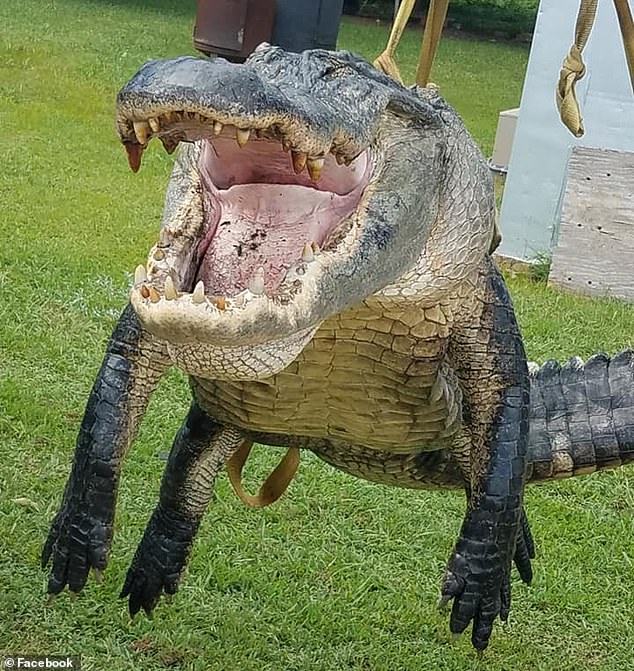 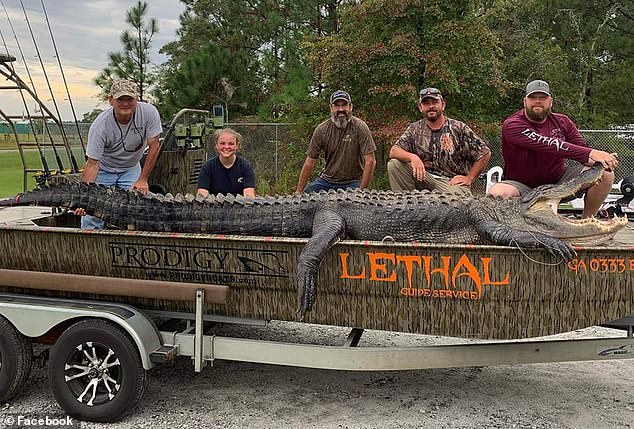 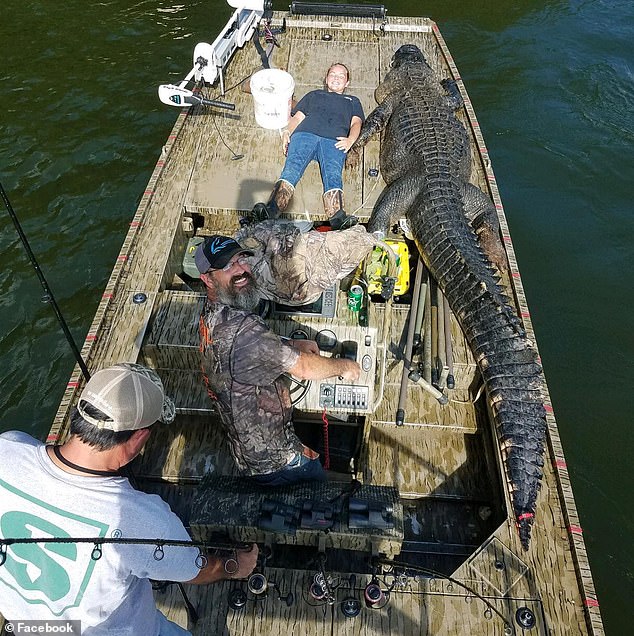 And because the internet brings out the worst sort of trolls, what do you suppose the reaction was?

You guessed it… the tired old ‘evil hunters’ and ‘poor gators’ schtick.

Maybe if some of these people realized that gators will snap up their beloved pooch at the waterline and leave you watching helplessly with it dangling from its mouth, they might have a different view of them.

Proper conservation methods have even brought these animals back from endangered status to a thriving population.

The American alligator (Alligator mississippiensis) is a conservation success story. Due to loss of habitat and unregulated market hunting, alligators were reduced to low numbers by the early 1900s. Thanks to the efforts of conservationists and state wildlife agencies, alligators were listed as endangered in 1967. This status, combined with proactive management and law enforcement efforts by wildlife professionals, allowed alligator populations to rebound and they now flourish over most of their historic range. Alligator populations increased to the point that their protected status was downlisted in 1987 allowing greater flexibility to manage populations.
Source: GerogiaWildlife

Population control — it’s what hunters do.