Maybe think about the real-world CONSEQUENCES of your hairbrained ideas BEFORE going public with them.

She told us she was ‘bored’ with impeachment, and is already looking at her ‘next steps’. But it’s tough to reconcile HER utopian visions with, for example, what Rashida has cooked up for all the ‘guilty people’ she’s planning to lock away.

Whoops. That should read ‘any of the rat-bastards Schiff’s kangaroo court finds guilty’. To their way of thinking, it’s all over but the verdict. But WE are somehow the unhinged authoritarians, eh?

“This is the first time we’ve ever had a situation like this. So they’re trying to figure out, no joke, is it the D.C. police that goes and gets them? We don’t know. Where do we hold them?” she responded.

Tlaib said that her colleagues are “trying to tread carefully” because this is “uncharted territory.”

She then joked that they could hold the White House officials in Detroit. “We’ll take care of them and make sure they show up to the committee hearings,” chuckled Tlaib.
Full story HERE

So Rashida — and, if you can believe a word that passes Rashida’s lips perhaps other Democrats too — have been contemplating incarceration options for Trump and key administration officials in what would amount to a bloodless (?) palace coup.

Mass incarceration is our American reality. It is a system whose logic evolved from the same lineage as Jim Crow, American apartheid, & slavery.

To end it, we have to change.

That means we need to have a real conversation about decarceration & prison abolition in this country. https://t.co/9E9NTAmBNi

(Will she acknowledge that Trump is already working toward prison reform that even Obama didn’t manage to pass? Probably not.) 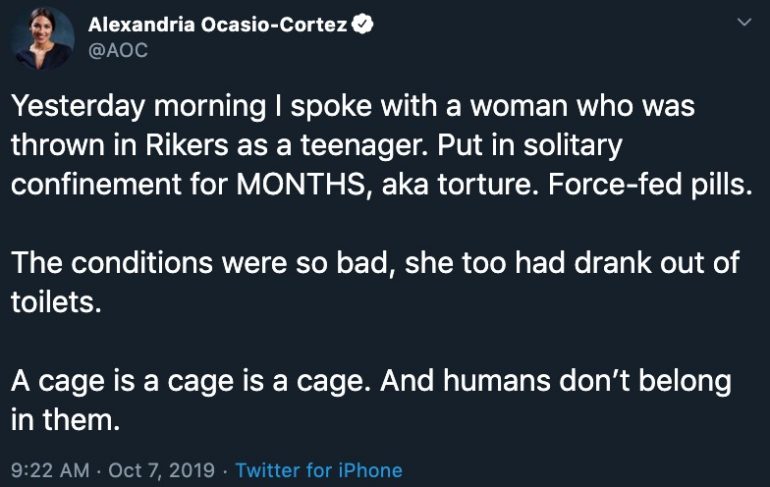 She starts making her case… 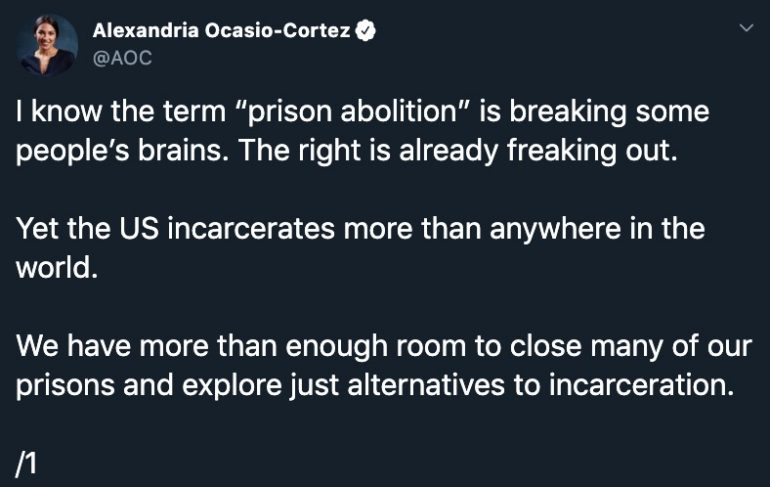 Any comment on how those statistics might have been impacted by the unlawful behavior of those who were illegally present in America in the first place? Hmmmm????

According to a news report from 2018, FEDERAL prisons have a number for that.

Immigrants accounted for more than 30 percent of the federal prison population and nearly all of them are confirmed or suspected illegal immigrants, the government said in a new report Tuesday.

The government said it had 57,820 immigrants in its prisons as of Dec. 31, Homeland Security and the Justice Department said in the joint report.
Source: WashingtonTimes

Do THOSE people belong in a cage? Or would it be ok to put them on the far side of a fence, instead?

If our prison population numbers suddenly dropped by 30%, that would change the prison landscape significantly, wouldn’t it?

So, should we just deport these people and aggressively prevent their reentry? Because it doesn’t look like you would support THAT plan, either.

In fact, your ‘plan’ is looking like no plan at all.

What else did she have to say? 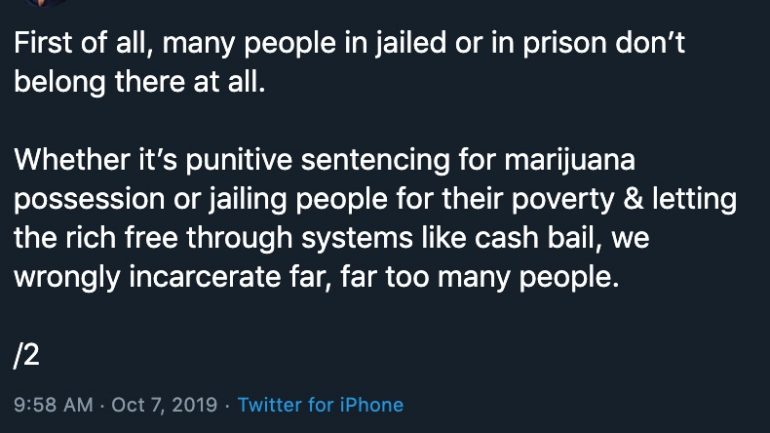 To be honest. This isn’t a question of money, this is about political connectedness, of which money is only one function.

Just ask Manafort who was in solitary confinement in Rikers for what amounted to tax evasion, while key Democrats routinely find miraculous ways to skate out of harm’s way when their actions would indicate legal disaster for any politically UN-connected schlub.

Some of Hunter Biden’s misadventures come to mind. So does Chappaquiddick. 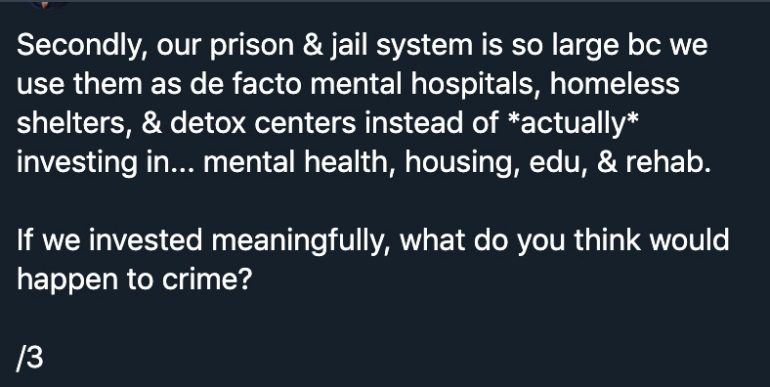 Has she bothered to ask herself whether any Democrat policies have exacerbated any of these problems? Of course not.

Does she acknowledge Rudi Guiliani’s significant crime reduction in New York? Has she bothered to investigate how they achieved it?

Of course not. Her political peers come armed with utopian ideals, and the blind certainty that everything will be wonderful if everyone will just shut up and do as we are told.

The fact that their way didn’t *quite* work in Cuba or Venezuela was not the fault of the ideas themselves, but of the people implementing them poorly.

[Narrator: It always is.]

FAIL: AOC Calls Trump Antisemitic… That Was A Mistake