If this happened in a movie script nobody would have believed it.

Twenty-three-year-old Chastity Patterson, from Arkansas, would send a text every day never expecting to hear an answer back.

We all have our own ways of holding onto a piece of loved ones we’ve lost. Chastity developed a practice of confiding in her dad the way she would have if he were still alive. She sent daily text messages to the number of her late father, just as if he were still there to read them.

She never could have guessed how much those texts could mean to whoever was on the other end.

Chastity has been through a lot for a young woman her age. Not only did she lose her father far too soon but she faced — and beat — a cancer scare. She took on college where, as you will see, she did well. 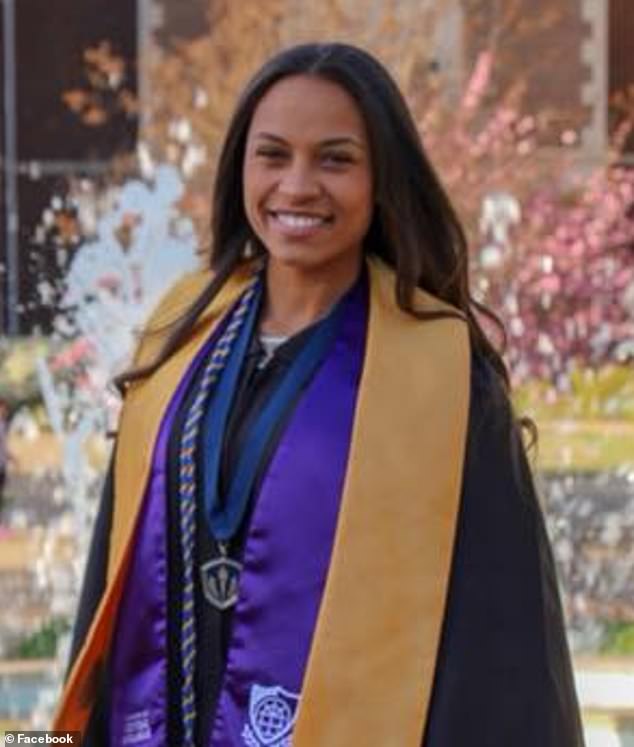 She’s also had the usual ups and downs of life in your early twenties, including young love and heartache, and lessons learned along the way.

All of that was shared in her daily updates with ‘dad’.

And then, one day, on the day before the 4th anniversary of his death, ‘dad’ answered back.

Well, obviously it wasn’t her actual dad, but the amazing coincidence of the story of the man on the other side of those daily updates is somehow both tragic and beautiful.

The exchange shows a moment of hope and humanity, a ray of sunlight in the midst of an otherwise very broken world.

Here is the text she sent to her ‘dad’… 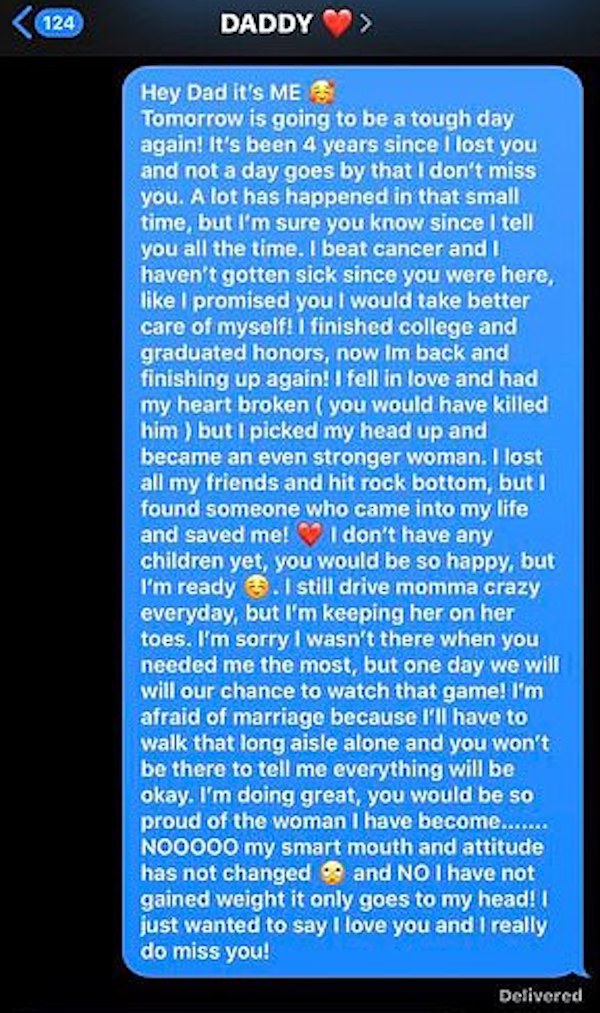 She gives a summary of what’s happened in the 4 years since he’s been gone, Cancer, honors, love gained and lost, false friends and true ones, family plans, regrets, hopes, and the ‘one day, when we see each other again’ sentiment that is such a common feature in such letters. She mentions the pain of imagining a wedding without her daddy there to play that vital role in giving her away. Still eager for parental approval for who she grew up to become, and still including the banter that only close relationships can provide.

It really IS a sweet letter to her dad.

She wasn’t expecting a response — why would she? 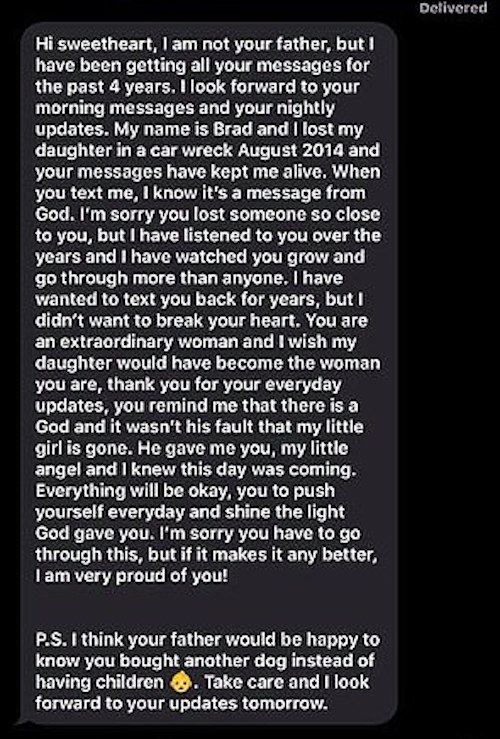 But someone named Brad broke the silence and responded for the first time. Someone who whose own pain and grief were helped by Chastity’s daily messages. Someone who, in some small sense, gained back what he lost when his own daughter died in a car crash.  The ability to watch someone make their way through life.

A quick check of records matching the facts we know of the case narrows it down to about six likely crashes that may have been the one to break Brad’s heart. But tracking ‘Brad’ or his daughter down isn’t the point here, is it?

The thing that makes this story so special is that we know NOTHING about either of these two people except their shared experience of grief. We know nothing about their politics, or Brad’s race, or their comparative social status, or anything like that.

None of that mattered as much as the one thing that brought them together — their shared humanity.

And if there is ANY take-away we could use in this heartsick world we’re living in it’s that one: there is something bigger than all those petty things that divide us. Our common humanity. He called it a message from God, a reminder that God is real.

If we could all hold tight to THAT, then maybe — just maybe — some of these other things that divide us can begin to work themselves out.