So, basically they were still using the same system we had when Matthew Broderick starred in War Games? Yikes!

For those of our readers old enough to do so, think back to when the biggest environmental concern we worried about was the Nuclear Winter that was sure to follow the inevitable WWIII. Think back to those halcyon days when Asteroids and Pacman were state of the art video game entertainment.

If you think that’s an impossibly long time ago — especially in technology terms — you’re right.

And that makes this story all the more surprising. Our nuclear weapons system just got itself an upgrade.

We won’t be using THESE anymore. 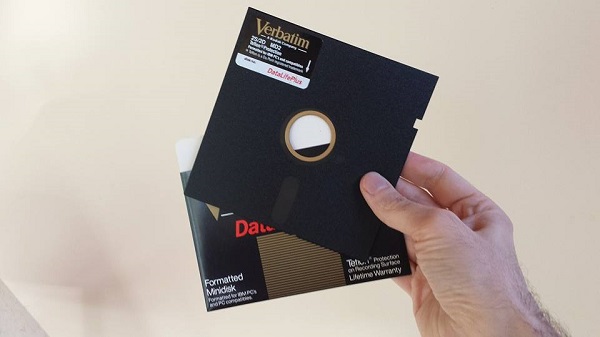 Those are floppy disks, by the way, for any of you who are wondering. Before everything was digitally downloaded, or transferred by thumb drive, these are the tools we used to move information between computers.

There’s actually a good explanation for why it took so long to make this upgrade. 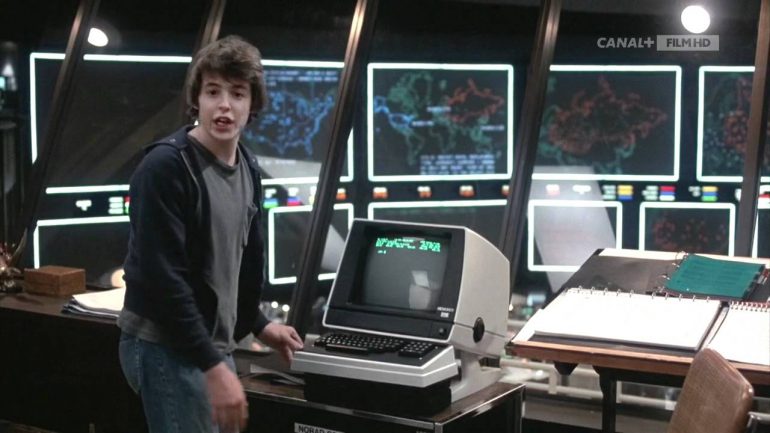 OFFUTT AIR FORCE BASE, Neb. — In 2014, “60 Minutes” made famous the 8-inch floppy disks used by one antiquated Air Force computer system that, in a crisis, could receive an order from the president to launch nuclear missiles from silos across the United States.

But no more. At long last, that system, the Strategic Automated Command and Control System or SACCS, has dumped the floppy disk, moving to a “highly-secure solid state digital storage solution” this past June, said Lt. Col. Jason Rossi, commander of the Air Force’s 595th Strategic Communications Squadron.

…”I joke with people and say it’s the Air Force’s oldest IT system. But it’s the age that provides that security,” Rossi said in an October interview. “You can’t hack something that doesn’t have an IP address. It’s a very unique system — it is old and it is very good.”

In 2016, the Government Accountability Office wrote that SACCS runs on an IBM Series/1 computer dating from the 1970s and that the Defense Department planned “to update its data storage solutions, port expansion processors, portable terminals, and desktop terminals by the end of fiscal year 2017,” but it’s unclear whether those upgrades have occurred.
Source: C4ISR

Sure, having something you can’t hack seems… pretty important.

“I have guys in here who have circuits, diodes, and resisters memorized,” he said. “They use a TO [technical order] to make sure they’re right, but these guys have been doing it for so long, when the parts come in, they can tell you what’s wrong just based on a fault code or something. That level of expertise is very hard to replace. It’s not sexy work. It’s soldering irons and micro-miniature microscopes.”

…“Any electronic repair is going to take a lot of work. I shouldn’t say it’s difficult, [but] unfortunately a lot of the newer electronics are plug and play,” he said, explaining that when electronic components like motherboards or microchips break on newer systems, the common practice is to throw out them out and replace them. On SACCS, all of those pieces are repaired — which for maintainers could mean spending hours spent under a microscope, slowly but deliberately replacing a copper wire laced throughout a circuit board, for example.

So upgrading a system like that — and having it work properly — isn’t as simple as you might think.

Related: Now that we’ve wrapped up the email probe, we still have some questions that need answering…

(They don’t think we’d all forgotten about THIS, do they?)