The news media is more concerned with celebrity and political propaganda than telling the truth. At least the media isn’t hiding their lies anymore. Now the real stories are coming to light.

ABC news ignored evidence of an extensive pedophile sex ring for at least the last three years. The stated excuse from the assignment editor was that no one wants to know about rich men who sexually abused children and young adults on a private island and in New York City mansions. I guess that excuse is plausible. Maybe the ABC assignment editor is an incompetent idiot and he didn’t know that “Fifty Shades of Grey” made the New York Times bestsellers list. That is possible, but there are more likely explanations than stupidity.

Sexual abuse could be an accepted culture at ABC where top political journalists have been accused of sexual harassment on the job. It could be true that executives at ABC wanted to maintain their news connections with the celebrity abusers involved in the pedophile sex ring. Perhaps ABC wanted to protect their favorite pedophile politicians.

Spokesmen for ABC said the report on the Epstein pedophile sex ring didn’t meet their journalistic standards. Remember that ABC is the network which recently ran doctored video of a civilian machine gun shoot recorded in Kentucky and sold the footage as an assault by the Turkish military on Kurd civilians. ABC’s journalistic standards bend to serve their political ends.

Joy Behar who works for ABC summed up that point very well. On air, Behar said Democrat politicians should lie to the voters. Quote, “They (Democrats) should not tell everything they’re going to do. Like if you are going to take people’s guns away, wait until you get elected and then take the guns away. Don’t tell them ahead of time.” close quote.

Another reason to bury the pedophile story strikes closer to home at ABC. ABC’s political news anchor, and former Clinton staffer, George Stephanopoulos went to parties in New York City hosted by Jeffrey Epstein. At ABC, some lives and life-styles are more equal than others. Unfortunately, ABC is not alone in its overt political bias.

US military forces recently killed Abu Bakr al-Baghdadi, the leader of ISIS. Al-Baghdadi used civilian captives as sex slaves before he cut off their heads. Rather than acknowledge the death of this known terrorist, The Washington Post labeled al-Baghdadi as “an austere religious scholar”. Calling this terrorist and serial rapist a religious scholar is like calling cult-leader Jim Jones an amature mixologist. If you drank the Kool Aid at The Washington Post, then it is fine to promote rape culture as long as you’re demeaning the accomplishments of a Republican president.

I think the pretense is finally coming off at the major news organizations. Jeff Zucker, the president of CNN, said that the network’s most important job is to promote the story of impeachment. Nothing else is newsworthy. I believe him because there is a lot of news to hide.

We have the Pelosi family receiving millions in government contracts. We’re supposed think it is simple coincidence that Nancy Pelosi is the Democrat Speaker of the House. We have the Biden family receiving millions of dollars from foreign companies when Joe Biden was Vice President. We have huge financial kickbacks to the Clintons when Hillary Clinton was Secretary of State. Meanwhile, the media told us the Obama Administration was without scandal.

That is a lot of corruption to hide from the voters. No wonder the Democrat news media needs to focus on a Trump phone call.

Read deeper to find the truth. 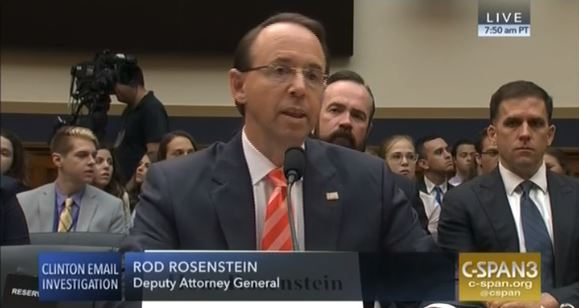 Kathy Griffin Tries To Destroy The Tiny Piece Of Career She Has Left
May 27th, 2020 The Lid