The White House isn’t even dressing it up as a cordial conversation. They’re letting the Dems have it with both barrels.

If this letter was supposed to be a CYA attempt on the Democrats’ part to make it look like the President is NOT being railroaded in this process, the answer given by the White House will reveal the lie of that to any impartial observer following along at home.

The fact that it was scheduled on a date that was in conflict with a NATO leaders meeting, on only a few days’ warning, with only the sketchiest of explanations of what to expect did NOT go unnoticed.

Here is a link to the official response:

We will include screenshots of the text below: 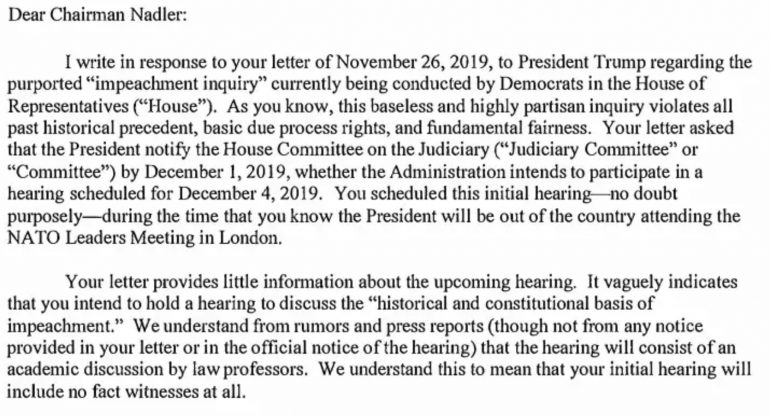