Six people were in the tent that he drove his truck into, and they were signing up Republican voters. But REPUBLICANS are the ‘existential threat to Democracy’.

As JONATHAN TURLEY, who speaks as a Democrat, explains:

This weekend in Jacksonville, police arrested 27-year-old Gregory Timm, who drove into a Republican voting registration tent, destroyed it, and then jumped out to celebrate his attack. This is just the latest in a long line of attacks and violent speech directed against conservatives on and off campuses. This incident follows a student screaming at young Republicans on campus at Arizona State that they should all have their throats slit.

One of the common complaints from conservatives is the media spends considerable time exploring President Donald Trump’s rhetoric and how it fuels violence and hate speech. I have repeated criticized Trump for his rhetoric, but I also see dangerous rhetoric coming from his critics. That is not covered as much and certainly not treated as a pattern is violence against conservatives and Republicans or motivated by the politics from the left. There is virtually no coverage of how rhetoric from Democratic politicians may be fuel such attacks with claims of tyranny and treason.

In the latest attack, a white male in his 20s drove his van into a Republican voter registration tent in a shopping center parking lot – narrowly missing six volunteers. Undeterred, he then got out of the van, videoed the destruction, and flashed the middle finger at the volunteers before speeding off.

We could go further, and point to Antifa’s handiwork. The angry clown took pics of his handiwork, too. So proud: 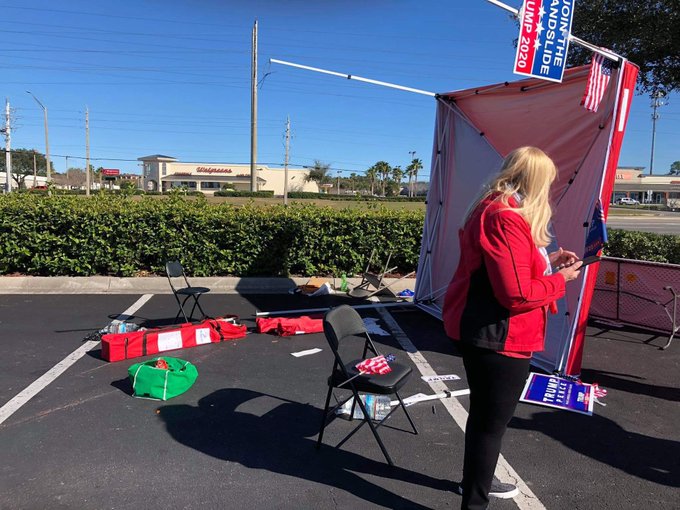 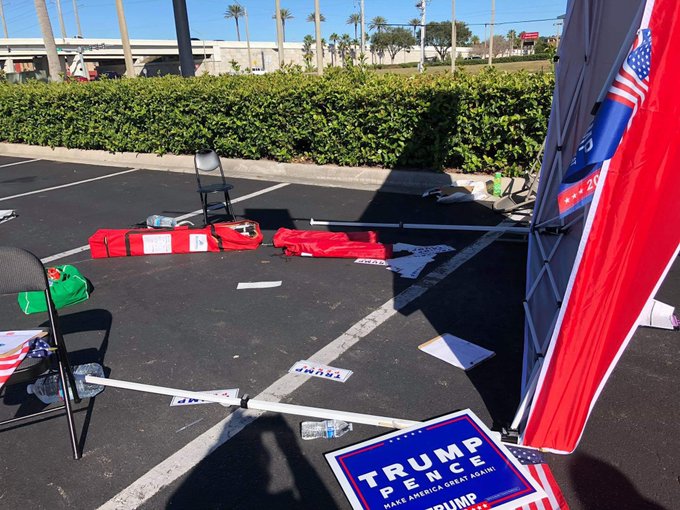 The dope didn’t get too far.

Here he is standing in front of a judge.

WATCH: Gregory Timm appears in Jacksonville court accused of ramming his van into a crowd of Trump volunteers pic.twitter.com/nZmNXizL1t

Maybe he should have thought of that before he drove his truck through a political event.

For all the media handwringing about evil conservatives and their tendency toward ‘domestic terrorism’, why is it the violence keeps coming, so predictably, from the Left?