It’s amazing how an event like this can rip away the masks of pretense that people wear and expose what really lurks beneath the surface.

As you’ve likely heard by now, the final lap of the Daytona 500 took a disastrous turn, with a crash leaving many nervous about Ryan Newman’s chances for survival.

So to begin with, the dramatic crash was absolutely heart-stopping.

It looks like contact was made between the cars in second and third place, where the driver in second struggled to regain control of his car, nudging the leader in the process.

That bumper touch led to this:

Here is the final lap of the Daytona 500 in which Ryan Newman's car was flipped at the line.

We will continue to keep you updated on his status as we learn more. pic.twitter.com/qkEwQBpoP0

We’ll leave it to the diehard fans to parse out the subtleties about whether that contact was accidental, deliberate, or due to ‘blocking’ on Newman’s part.

But the reaction on social media was immediate and profound.

Most people had pretty reasonable and humane reactions.

Many fans, for example, even objected to the footage being aired while Newman’s condition remained unclear. It seemed to them that the decent thing would be to keep that from the eyes of the public at least until we knew whether the man survived the crash.

Others were less interested in the crash itself than the condition of the driver.

Here’s just one example of the relief people felt when he woke up:

Of course, the ghouls also weighed in, right on cue:

There are people blaming President Trump for the terrifying Daytona 500 crash as well as people saying Ryan Newman's potentially life-threatening crash was karma for being a Trump supporter.

These people are not well. pic.twitter.com/tX7bZgHFuV

How classy are the Democrats? They use an occasion where a man’s life hangs in the balance to call for the death of a political rival. 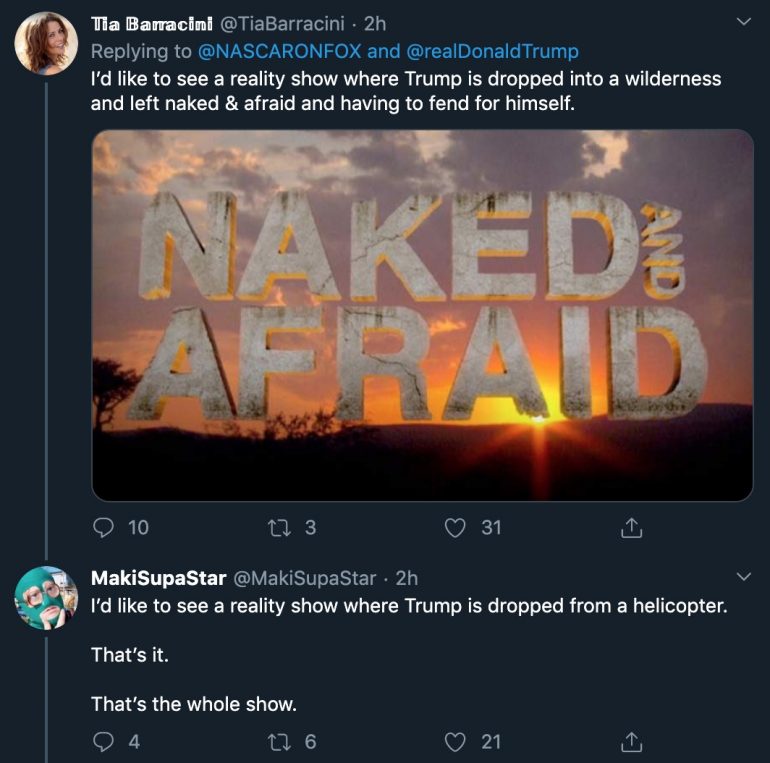 And here is one of the related ‘he deserved it because I don’t like his politics’ tweets: 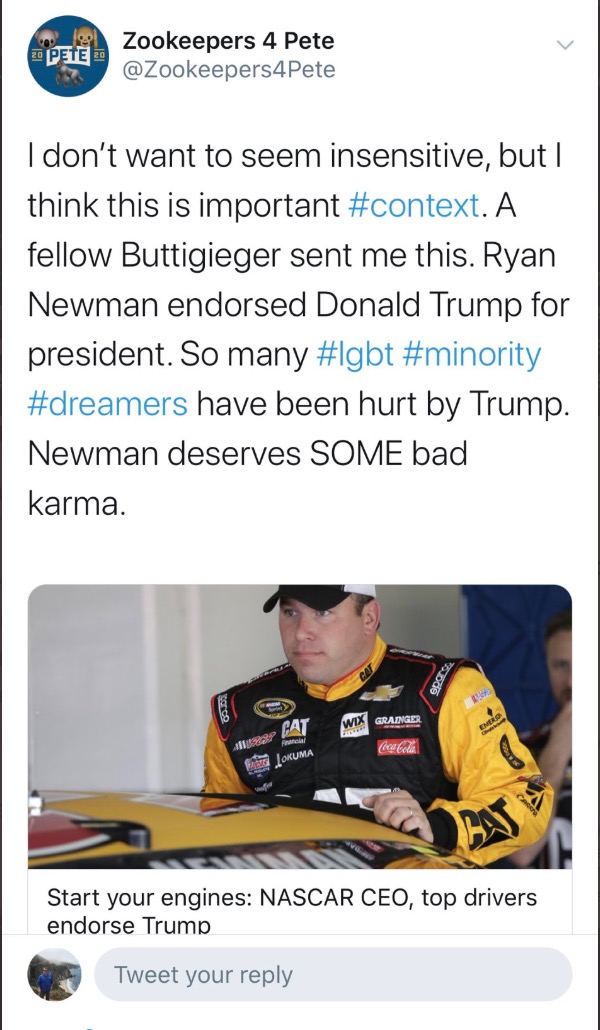 Preachy Pete might want to address that latent hatred lurking in his followers.

You are so wrapped up in the religion of politics that you have officially failed at being human.