The Left’s habitual disdain for America is hard to miss. They claim to be patriotic, yet seem to admire other countries more than their own.

Earlier this week, Ilhan Omar caught heat for a tweet that was trying to heap scorn on the political right who she thinks are bigots who are ‘triggered’ by her very existence.

Here’s an image of both her tweet, and Senator Cruz’s response: 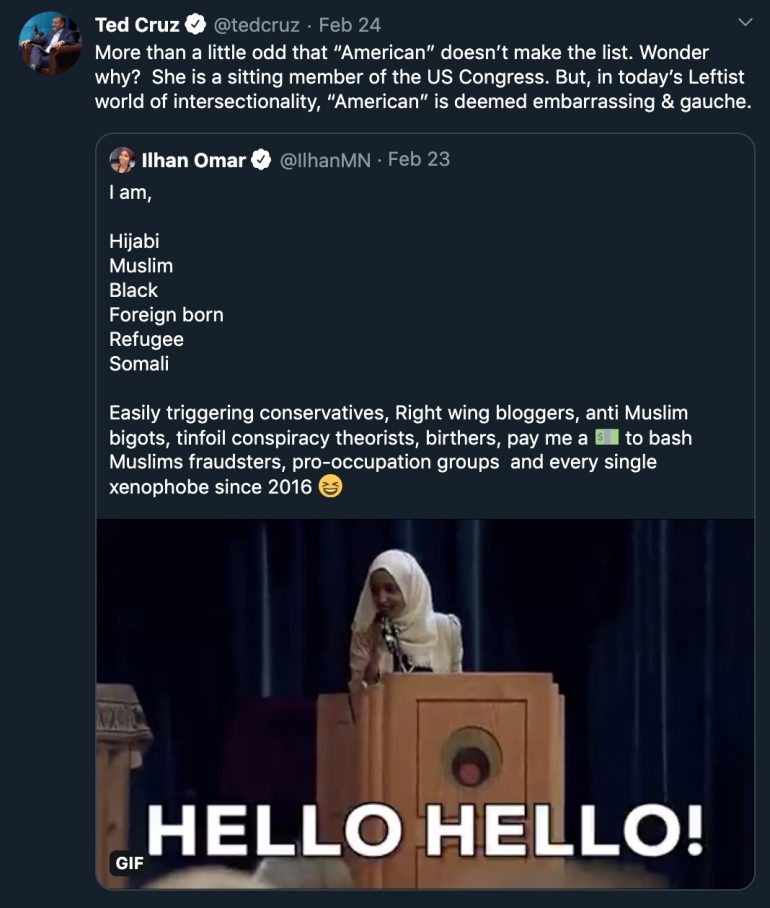 Of course, everyone who called her out as anti-American was automatically a ‘bigot’ for having done so. (Blah, blah, blah)

But she and other leftists seem pretty cool about slagging America while cozying up to some of the worst people in the world… including terrorists.

And Farrakhan (who has plenty of connections to the Democrats and leftists movements) has recently denounced America for killing off his dear brothers… guys like Soleimani and Ghadafi.

You remember Farrakhan, don’t you? He’s the guy who showed up in that suppressed photo with the Congressional Black Caucus and — Barack Obama. Barack, in turn, curiously launched his Presidential ambitions from the living room of an unrepentant domestic terrorist.

The hard Left loves them some America-hating.

No wonder Bernie is getting so much traction with their party. He wishes America was more like Venezuela… minus the natural economic CONSEQUENCES of his beloved Socialism.