With a simple flick of his finger, President Trump showed his disdain for the Media(D).

On Friday, President Trump announced that Google was working on a website dealing with the Coronavirus and would allow people “to determine if a test is warranted and to facilitate testing at a nearby convenient location.” He added that 1,700 Google engineers were working on the project.

However, the website is being developed by Alphabet-affiliate Verily (Alphabet is the parent company of Google,) which only employs 1,000 people. However, President Trump wasn’t wrong with his numbers, according to The Verge, 1,700 Google employees are volunteering to work on the project.

The “triage” website was initially going to be rolled out for use by health care workers, but after the announcement, it will be accessible to the general public.

“We appreciate the support of government officials and industry partners and thank the Google engineers who have volunteered to be part of this effort."

Of course, the Media(D) got this reporting all wrong. 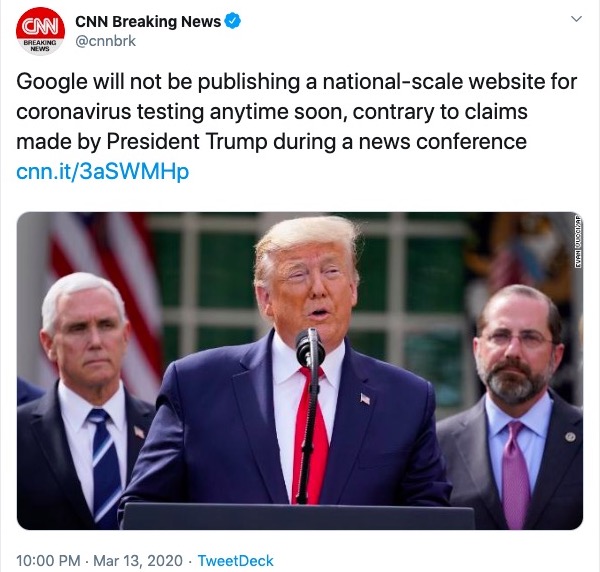 But if you click the link, the headline says the complete opposite to what was in the tweet: 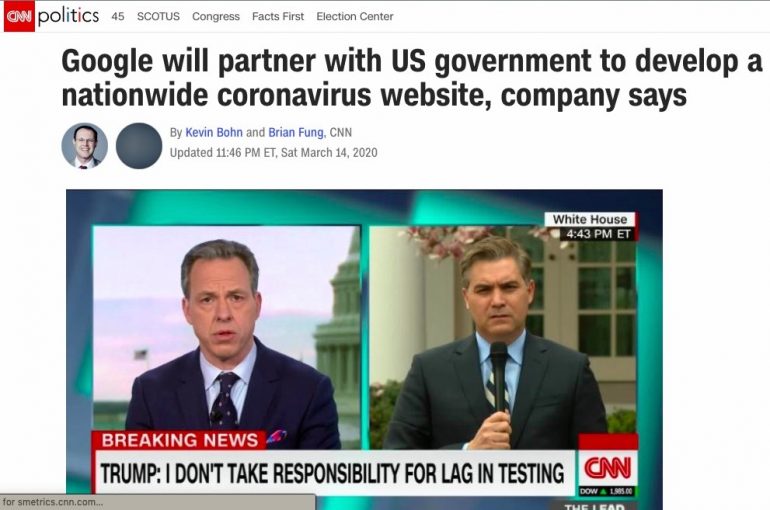 President Trump wasn’t having any of it.

Trump held in his hand what appeared to be a Google statement in tweet form on how the company was partnering with the federal government to develop “a nationwide website that includes information about COVID-19 symptoms, risk and testing information.”

“As you know this is from Google, they put out a release,” Trump said, holding the statement in his left hand. He then flicked the paper onto the floor.

“You guys can figure it out yourselves, and how that got out,” Trump added. “I’m sure you’ll apologize. It’ll be great if we can really give the news correctly.

The Fake and Corrupt News never called Google. They said this was not true. Even in times such as these, they are not truthful. Watch for their apology, it won’t happen. More importantly, thank you to Google! https://t.co/AuvpbXNouW

Watch the Flick Of Disdain:

Trump is a Savage pic.twitter.com/KiqoRG2dXQ

The thing is, these mistakes are always in one direction. They always make President Trump look bad.

And we all know that when there is a mistake and the Media(D) digs down deep and finds that granule of integrity hidden deep, deep down inside them, the retraction doesn’t get the same attention as the initial report.

This is what happened with the Charlottesville “Fine People” Hoax that is still being pushed by some Partisan Presstitutes and Democrats — but I repeat myself.

The people that want President Trump to be “nice” to the media should tell the media to cover Trump fairly and see what happens.