President Xi must be very pleased to see how many American sympathizers will put the Chinese Communist agenda ahead of the American Constitution.

The entire City Council in San Antonio have set out to prove that they have lost their collectiv(ist) minds.

While the entire nation’s attention was fixed on a showdown between the heavy-handed authority of the state and the right of an individual to earn a lawful living, as it played out in the case of the A La Mode salon case (which Ted Cruz himself made a point of visiting for a haircut to draw attention to the right of people to earn a living), something else was happening under the radar.

Citing ‘racism’ and ‘hate speech’, San Antonio voted unanimously on a law that would curtail the speech of American citizens.

This is NUTS. SA City Council behaving like a lefty college faculty lounge, triggered by Chick-fil-A & the words “Wuhan virus.” If they want to investigate someone, start with NYT & CNN who both repeatedly (and rightly) referred to it as “the Chinese coronavirus.” #NoSpeechPolice https://t.co/a10BZAvleQ

Here are some screenshots of the resolution itself. (Original link here.) 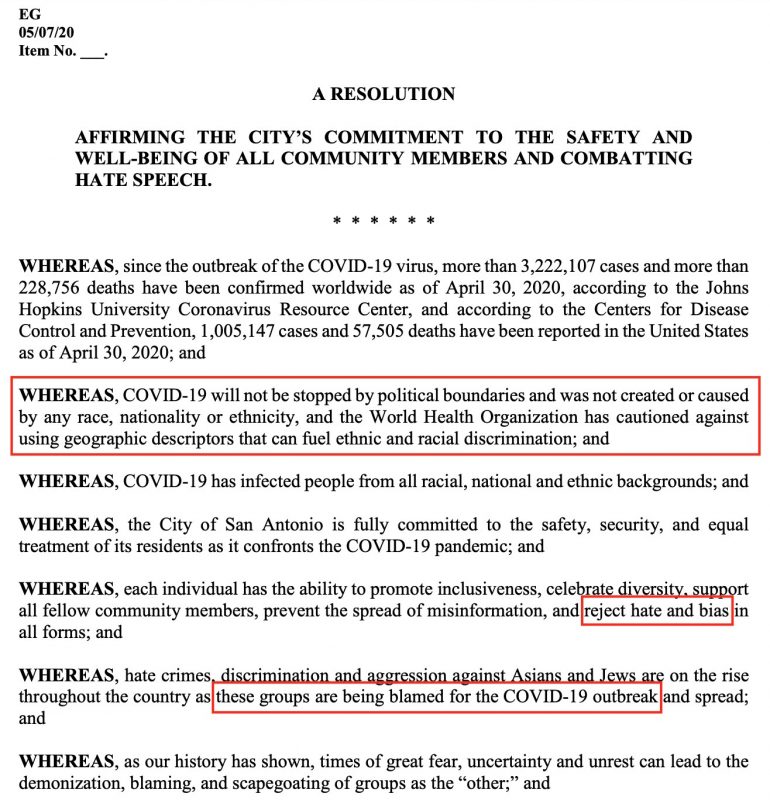 Sino is the prefix meaning ‘Chinese’.

Nobody seriously believes that there are racist attacks against Chinese when we object to China’s COMMUNIST PARTY, and not the citizens they’ve enslaved, for their duplicitous handling of this outbreak and endangering of the world. 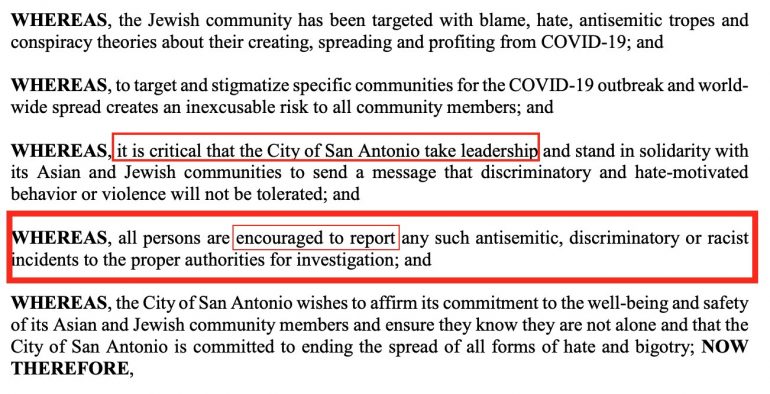 Say what? When did the Land of the Free become a nation of hall monitors with an inferiority complex?

Oh, and it is ‘critical’, that San Antonio takes this ‘leadership’, is it? What happens if you don’t? Will you be shunned by the hoity-toity woke elites?

Here is their plan. 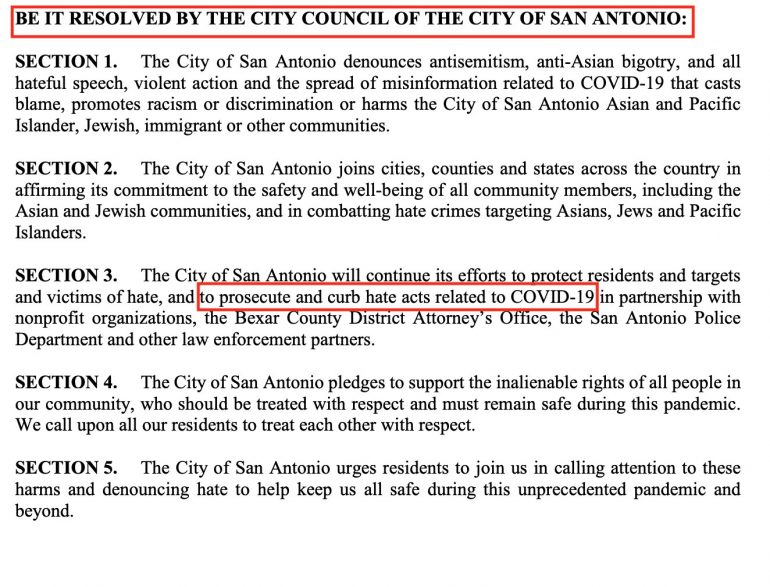 Should we understand this to mean that calling the ‘Wuhan Wheezer’ by names like the ‘WuFlu’, of Kung Fluey, or General Tao Sicken or any of the other nicknames is now being viewed as a … criminal act of hate speech? 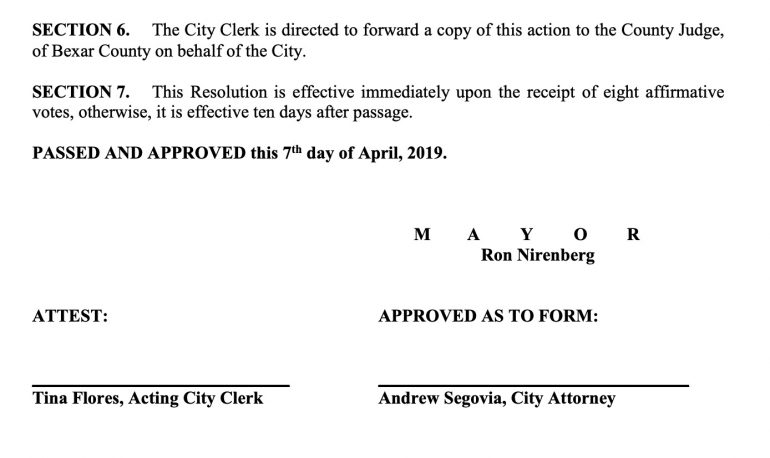 Somehow, we really don’t think the Founders and Framers, or Crockett and Bowie had THIS in mind when they put everything they had on the line to secure our freedom.