Just days ago, we had a chorus of voices telling us that violence to property was insignificant in the moral accounting. Property can be replaced, lives cannot. Where are those voices now?

These ‘peaceful protests’ are amassing a body count of people who had nothing to do with the wrongful death of George Floyd.

Remember him? The guy whose indefensible death we supposedly all cared about? He and his cause were quickly forgotten once there was an opportunity for people to smash and grab with little chance of consequence.

But hey, it’s ‘just property’ right? How dare we denounce that as criminal!

Tell that to David Dorn of St. Louis.

Have the mainstream press finally been shamed into speaking his name yet? He was slaughtered by indifferent looters who — you guessed it — valued property above human life.

President Trump spoke about this mans murder. I guess the democrats only care about black lives when it benefits them . We see who truly care about the lives of others. pic.twitter.com/Yji2NxMiMH

David Dorn was shot dead on — would you believe  — Martin Luther King Drive, during riots dressed up as ‘protests’ over the disgraceful way George Floyd’s life was cruelly cut short. In reality, he was shot dead because he stood in the way of some dillweed’s smash-and-grab.

…”He was murdered by looters at a pawnshop. He was the type of brother that would’ve given his life to save them if he had to. Violence is not the answer, whether it’s a citizen or officer,” they wrote.

…Dorn would help out the owners of Lee’s Pawn and Jewelry due to his extensive background in police work. When the business’ alarm would go off, Dorn would check it out. And that’s what he did early Tuesday morning before he was shot and killed. —KMOV

“He’s gone, over some TVs”
Hard to watch. raw emotion. raw language. But when do we protest for this man’s family? Killed just doing his job. ??
pic.twitter.com/zgD5OL0spV 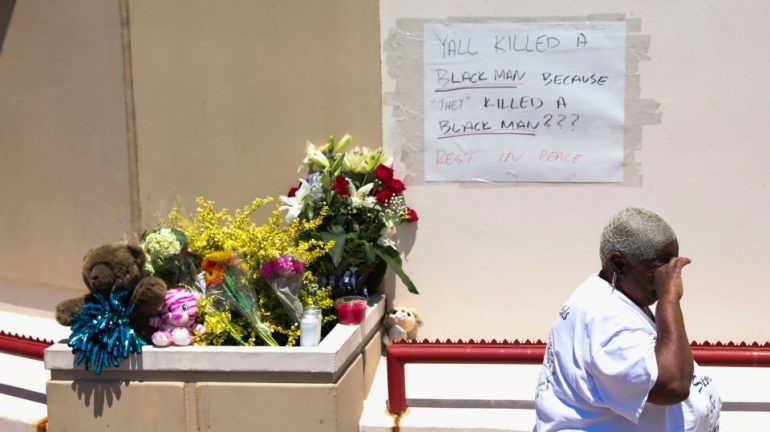 A Memorial fund has been raised in his name:

We’ll let his family have the last word:

David Dorn was a father, a husband, a grandfather, a brother and a man beloved by so many. His son says he died doing what he loved: protecting his community. https://t.co/lOTFgvNogG @KMOV pic.twitter.com/SAjBhwRhMF