Careful observers have noticed a clear pattern. The Left accuses the right of doing and being all sorts of things that they themselves are later proven guilty of.

A claim like that should be backed up, right?

Here are a few examples before we continue on to what’s happening with Jerry Nadler.

In the 2016 elections, Trump supporters were supposedly violent — but the people showing up with injuries consistently wore red hats… a trend that has continued long since the election.

Accusations of the right’s supposedly rampant sexual misconduct have boomeranged as MeToo purges have swept through liberal newsrooms, liberal politicians, and rain-making liberal donors. The Russian Collusion scandal has shown examples of DNC operatives scheming with Russians for political gain, but even Mueller came up empty on any Republicans scheming with Russians.

Leftists have accused the right of suppressing the minority vote because we want to purge voter rolls of people who are no longer eligible. This makes ballot-stuffing easier to detect. But leftists oppose every effort at doing so. They also oppose voter ID and registration as ‘racist’. In that case, we suppose they must REALLY hate this Nelson Mandela guy: 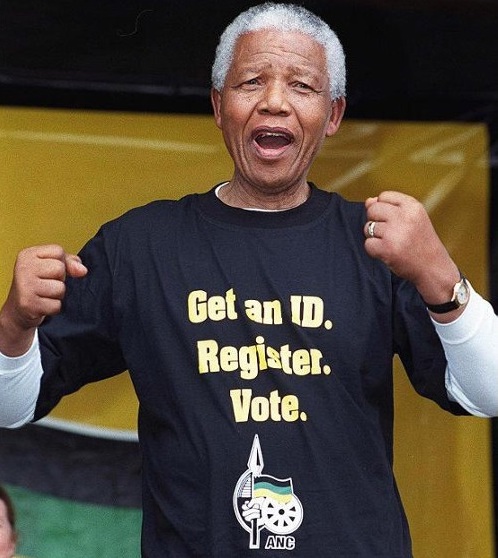 But the left and their media flunkies have been pressing the all-Republicans-are-racist narrative with all of their collective might, even if it means printing outright lies, like the one where Cuomo put out a scathing criticism of how racist America is under Trump, using wealth gap statistics ending … in 2016.

This is complete incompetence.
Journalistically and editorially. pic.twitter.com/TxVpMTiNBJ

Of course, in the months before Chinese Coronavirus kneecapped our economy, every demographic, including women, disabled, and (Somebody tell Cuomo!) even black Americans have had the best employment numbers EVER recorded.

If Republicans were to break the monolithic stranglehold Democrats have on that demographic, the Democrats and their urban strongholds would be in real trouble. Is it any surprise that Democrats are doubling down on voter suppression?

Let’s see if we can raise any specific examples of Democrat voter suppression malfeasance, shall we?

Does reporting both of your Primary opponents as being ‘deceased’ count as ‘voter suppression’?

How did they both get registered as being ‘deceased’? The status of both opponents was changed on the same day… by one of Nadler’s staffers.

After seeing his sketchy conduct during the ‘Impeachment’ fiasco, should this really surprise us?

We’ve all seen how Democrats ‘respect’ the votes of members in their own party, not just here, but in the last two primaries where scheming among party leadership worked overtime to block the voting public from electing Bernie as their nominee… twice.

What would seriously make us think they would respect the American public’s vote any MORE than the votes of their party loyalists?

By the way, since Facebook has unpublished the (original) ClashDaily page, your best bet to keep in the loop is to Subscribe to our ClashDaily Newsletter right here: