Rushing to reward the Anarchists, the Left in different parts of the country are moving forward with a plan to destroy the police force.

Plans are already underway not only to change the rules under which cops operate but to dismantle our traditional understanding of them entirely.

We are going to dismantle the Minneapolis Police Department.

And when we’re done, we’re not simply gonna glue it back together.

We are going to dramatically rethink how we approach public safety and emergency response.

This is Jeremiah Elison, son of Minnesota’s AG, and former Deputy leader of the DNC. He is remembered for this photo: 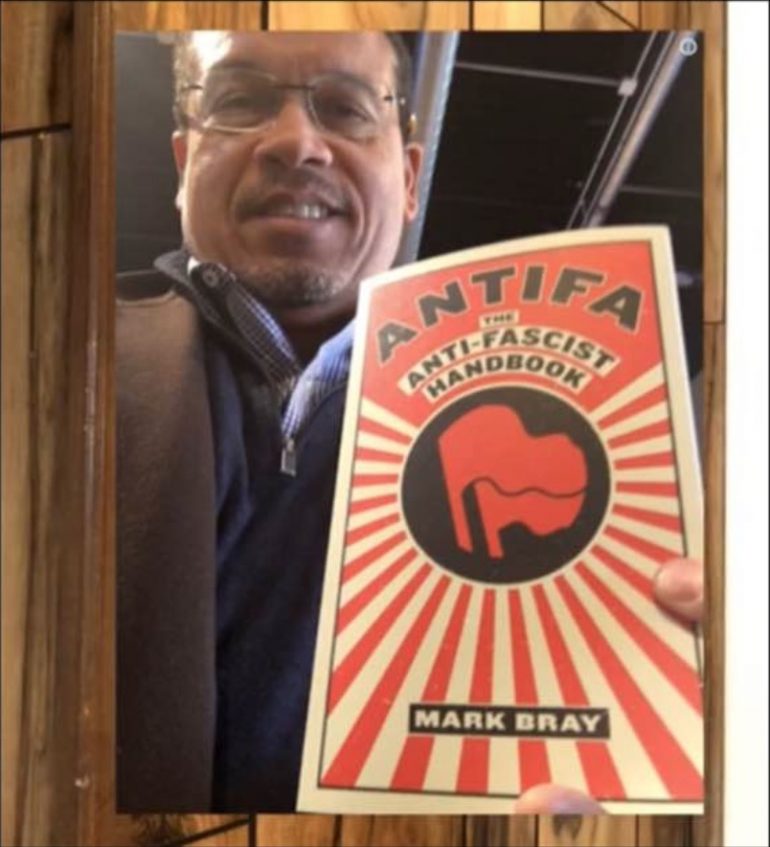 In LA, the government has finally discovered a line item they are willing to cut:

LA is planning to cut to police budget.

Some politicians are listening: the Los Angeles Police Department was set to receive a large increase in its annual budget from $1.189 billion last year to $1.86 billion (most of the budget increases were for new police bonuses) for 2020-2021 before Garcetti axed that move Wednesday, cutting $100-$150 million — only after activists rallied outside of his home.

…Despite using the “defund police phrase,” most activists don’t want to reduce appropriations to police departments to zero dollars, which is impractical. Instead, supporters of the movement hope to reduce the responsibilities we ask of police and redirect funds to other social programs. “For hundreds of years, black communities have lived under state terror — be it police or vigilante violence,” Patrisse Cullors, co-founder of the Black Lives Matter movement, told the Hollywood Reporter. “An abolitionist believes in a world where police and prisons are no longer weaponized as a tool for public safety.”

Still, there’s no evidence that defunding departments will work to reduce police brutality. “We are still in the advocacy stage,” David Kennedy, director of the National Network for Safe Communities at John Jay College for Criminal Justice in New York, told Axios. — Forbes

Sure, we could go into all the many reasons cutting back on the police would suck… and have the Left ignore us all.

But there is ANOTHER way to get their attention. To get the Left to imagine a possible outcome they had never considered. A possible future that would make them crap their pants.

The example of one town that heard Antifa was going to crash the party… and stood ready to ‘greet’ them.

Antifa does NOT want to go there. Damn. The whole place kitted up pic.twitter.com/A3Fp6U26xT

The Second Amendment is a powerful force for good, when held in the hand of law-abiding citizens. A message of strength that even a lawless mob of rioters will acknowledge and steer clear of. Regardless of the contempt mobs may have toward laws or those who enforce them, there is nothing empty or symbolic about a citizen armed with the Second Amendment.