There’s plenty of built-up frustration around the Dubya on the right. Missed opportunities. Needless political compromises with people who had no intention of operating in good faith.

Staying silent during the Obama years, and then stepping all over the Trump presidency.

A lot of people assume he’s happy with the status quo and doesn’t want to see anything mess with the delicate exosystem of the DC swamp. A number of Bush-era political names have openly opposed Trump’s 2020 run. And, to hear the New York Times tell the story, so did Dubya.

Let’s take a breath or two before we jump down Dubya’s throat on this one. First we need to know… is it even true?

Great scoop guys… or it MIGHT have been, if it were true.

“Former President George W. Bush won’t support the re-election of Mr. Trump, and Jeb Bush isn’t sure how he’ll vote, say people familiar with their thinking,” the New York Times recently reported. The story said that George W. Bush spokesman Freddy Ford “said the former president would stay out of the election and speak only on policy issues, as he did this week in stating that the country must ‘examine our tragic failures’ on race.”

Ford told the Texas Tribune via email that the former president has not revealed his voting plans and will not wade into presidential politics.

“This is completely made up,” Ford said in the email according to the outlet. “He is retired from presidential politics and has not indicated how he will vote.” —JustTheNews

We mustn’t be too hard on the NYTimes, though. They wouldn’t know ‘journalistic integrity’ if it backed over them with a truck.

Not that the other ‘mainstream’ media are any better. Margaret Brennan, from CBS got caught ‘cooking the books’ in a story.

Clear she was angry at Barr for repeatedly pointing out false reports from CBS and other outlets, but solution is not to do more false reporting.

She was desperate for the unnecessarily harsh treatment of peaceful protesters to be true that she stubbornly clung to it even when refuted. Such ‘reporting’. 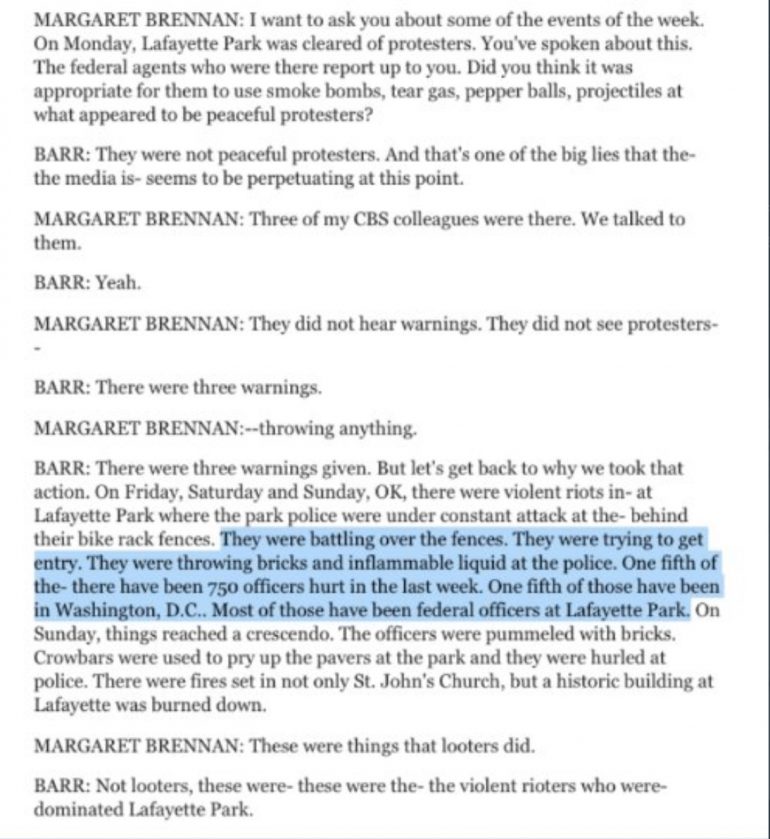 Ouch. You might want to put some aloe on that.

Great job, media. You’re really winning back our respect there.