Remember when objecting to large-scale mail-in ballots was proof that you wanted to suppress the vote? Well, it didn’t take long for their concerns to be vindicated.

What happens if you get a ballot in the mail, and it doesn’t have any candidates from your party on it? Does THIS count as voter suppression?

We live in crazy times, where it’s getting harder to tell the difference between basic incompetence, like an honest printer error, or a dirty trick played by someone willing to win ‘by any means necessary’.

“The slate of candidates was all Democrat from Joe Biden down to dogcatcher, but on the upper right it clearly stated it was a Republican ballot and it had my name and correct information on the return envelope,” Karen Gardner, the chairwoman of the Bernardsville Republican Municipal Committee, said.

The error was laid at the door of the printing company that sent out the ballots, but the government still had a role in the mixup.

Usually, the Somerset County clerk’s office would do the printing. However, after New Jersey Gov. Phil Murphy ordered every voter to receive a ballot in the mail, the job was farmed out. –WJ

EXCLUSIVE: 500 to 700 mail-in ballots sent to Republicans in Bernardsville were incorrectly printed with only the names of Democratic candidates like @JoeBiden @SenSanders and @Malinowski. Somerset County clerk says error made by printer. More today on @News12NJ. pic.twitter.com/u0dMi9N3sV

The company’s president explaind that out of 1.5 million ballots, there were only about 500 that were glitched. Human error, he calls it.

That’s great. But we all saw what a big difference 500 votes can make in a single race.

Combine THAT human error with issues like outdated lists, people receiving ballots at old AND new addresses, and ineligible voters getting ballots sent to them, that throws a lot of uncontrolled variables into the electoral process.

Or even this problem, on the sub-tweet by ‘NJ Vintage’:

I never received a ballot and I am a registered Republican.

These are all variables that can be easily remedied by doing exactly what Nelson Mandela advocated: registering, showing up with ID, and casting your vote. 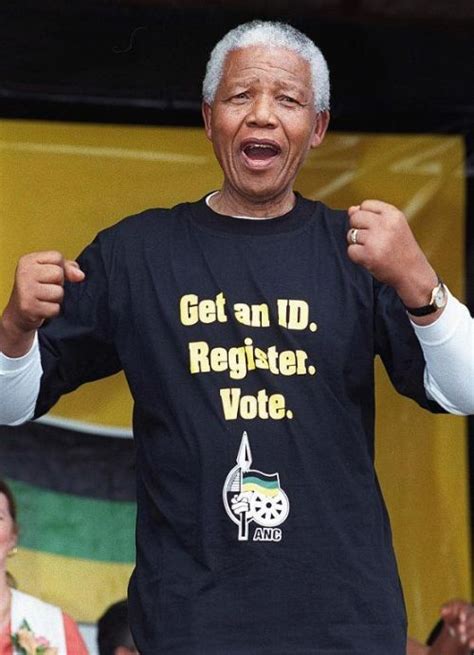 If even Nelson Mandela didn’t think Voter ID was ‘racist’ then maybe the screeching leftists might want to rethink their accusations of the Right wanting to ‘suppress the vote’.

The Left doesn’t hate voter ID or purged voter lists because of any commitment to fighting racism. They hate them because they make elections harder to rig. Their first love is power. Anything else is gravy.