If you looked to culture and a variety of Church ‘leaders’, you might assume that Jesus would be front-and-center in the defund-the-police movement. But would he?

Would Jesus spend his time and energy trying to force people to conform in a behavior shift?

Or is he playing the long game and working in a different way?

The centurions in Jesus day were the enforcers of civil order. And in case you haven’t noticed, Roman soliders didn’t have a lot of options for ‘non-lethal’ and subduing force. Crowd dispersal didn’t come with tear gas cannisters or streams of pepper spray. Their options included beating you or cut you.

And if you remember Herod’s massacre of the innocents, they weren’t all that interested in being ‘fair’ about it.

Did Jesus lead a protest against Roman brutality? Simon the zealot probably wished he would, but he didn’t.

He came to give life to dead men. To free us from enslavement to sin.

Change the system, and corrupt men just play by different rules. But if you change the heart and the system will follow.

This baby-faced, 22yr old Texas Ranger, was hell on two skinny legs if you were on the wrong side of the law. Twenty-eight years after this pic was taken he and his posse smoked the infamous, Bonnie & Clyde. This is the 6th installment in my Winchester Series and is titled, Frank Hamer – The Hammer. Oil on canvas. 24×36” of lethality. Both the original and prints are available. New customers get 20% off and free shipping.
Frank Hamer Original 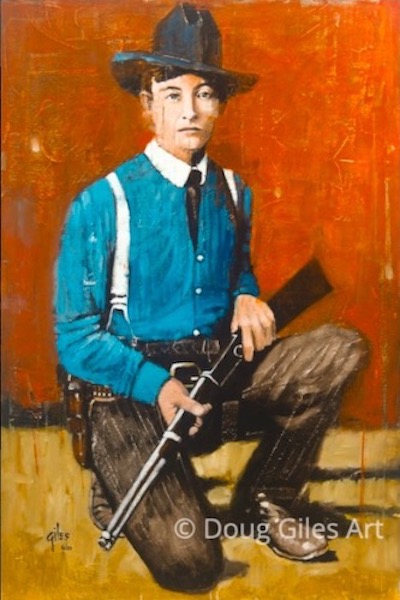