You know 2020 is off-the-charts-weird when a story about the Government possibly acknowledging aliens and UFOs gets buried behind all the other news.

Ok, so the Government has been keeping files on unidentified flying objects and other weirdness. This is going to be a big topic for some of the folks who lay awake at night wondering if we’re alone in the Universe.

Then again, others will just be wondering what — exactly — have people been filming in the sky, and how much do we know about it?

Could it be top-tier technology that the rest of us just don’t know about yet? Will the super-late-night talk radio shows come out and tell us that these are the time-traveling-alien-sasquatches they’ve been telling us about for so long?

Have we been wasting our time with SETI? Or is something really out there?

Will Agent Mulder suddenly be making a comeback? 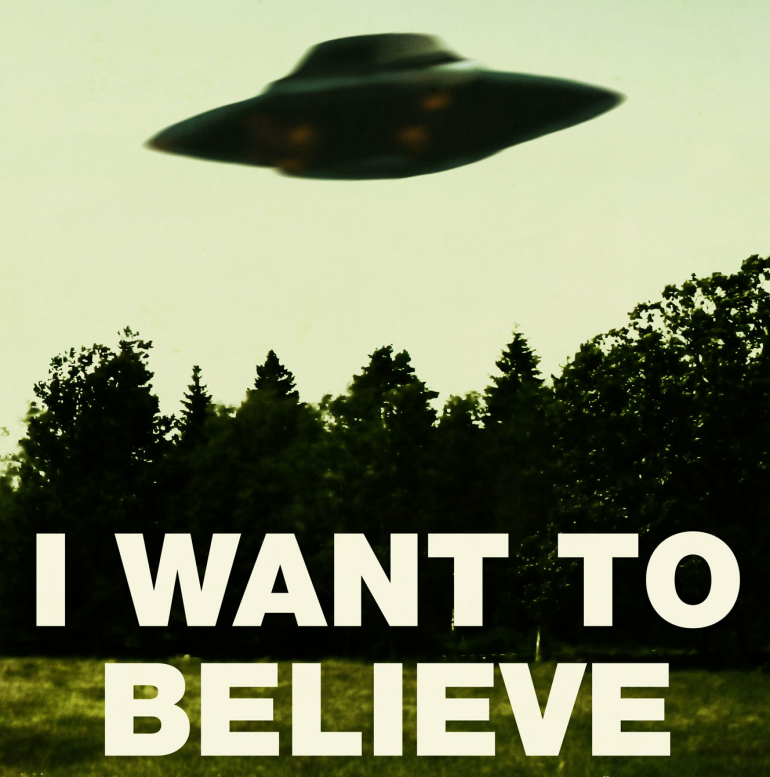 What, exactly, are they going to be revealing?

Because whatever it is, SOMETHING going to be revealed.

A long-hidden UFO investigative unit within the Pentagon will make some of its findings public, according to a New York Times report.

The unit, which is now part of the Office of Naval Intelligence, has spent over a decade discussing mysterious events in classified briefings, according to the news outlet. A government contractor told the Times that he gave a classified briefing to the Department of Defense in March, describing retrievals from “off-world vehicles not made on this Earth.”

The Unidentified Aerial Phenomenon Task Force at the Office of Naval Intelligence was described in a Senate Intelligence Committee report last month. The unit standardizes “collection and reporting on unidentified aerial phenomenon, any links they have to adversarial foreign governments, and the threat they pose to U.S. military assets and installations,” the report said.

“However, the Committee remains concerned that there is no unified, comprehensive process within the Federal Government for collecting and analyzing intelligence on unidentified aerial phenomena, despite the potential threat,” it added. “The Committee understands that the relevant intelligence may be sensitive; nevertheless, the Committee finds that the information sharing and coordination across the Intelligence Community has been inconsistent, and this issue has lacked attention from senior leaders.”

In the report, the Senate Intelligence Committee directs the Director of National Intelligence, in consultation with the Secretary of Defense, to submit a report to the congressional intelligence and armed services committees on unidentified aerial phenomena (or “anomalous aerial vehicles”). The report must include “observed airborne objects that have not been identified.” –FoxNews

You’ll notice they carefully avoided the use of UFO in their terminology. And yet..?

Who knows, maybe we will see something interesting after all.

What are you expecting out of this big reveal?