Depending on who you ask, this drug will either give you a much better shot of surviving a brush with the ChinaVirus, OR it is some pure quackery that will wrongly get people’s hopes up.

During the Congressional hearings, Fauci was called upon to opine on a lot of issues.

One of those issues was his views on a study reporting positive reviews of the efficacy of Hydroxychloroquine. He was very dismissive of that study.

Not everyone agrees with his assessment.

Here is one doctor who is calling him out as being explicitly deceptive. More than that, he points out that there was every opportunity to test this drug properly according to the models he holds up as authoritative, but the CDC hasn’t bothered getting around to doing so. 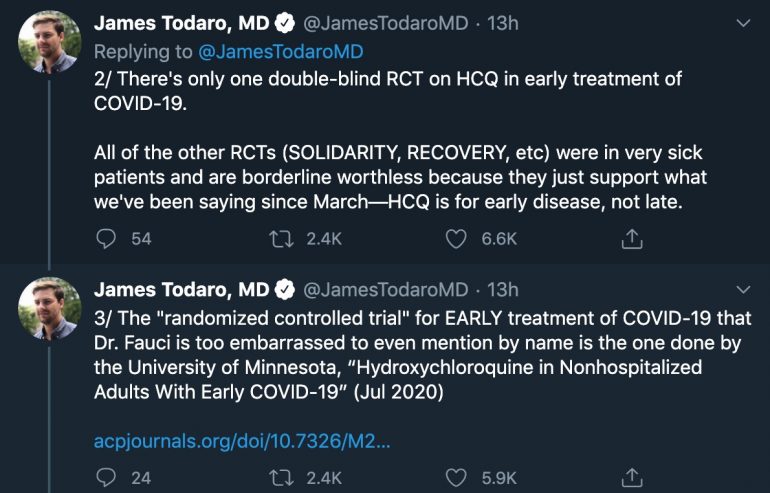 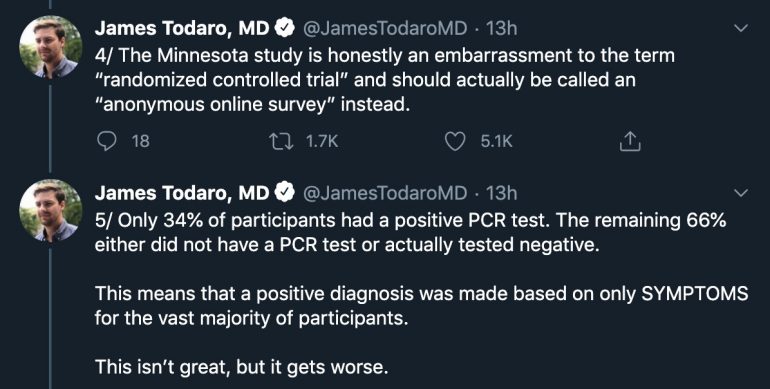 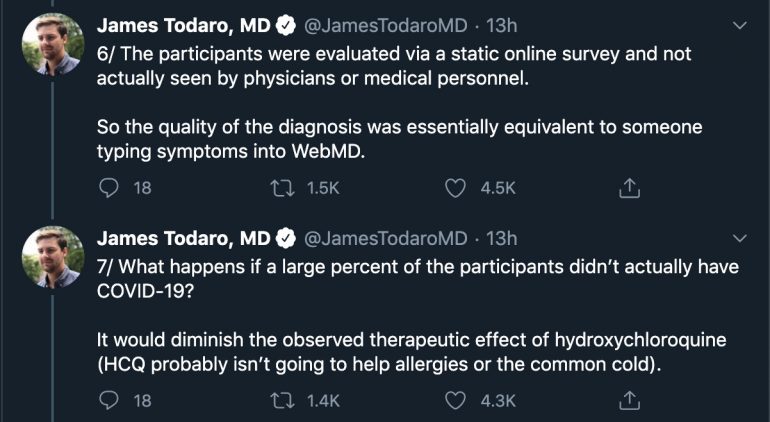 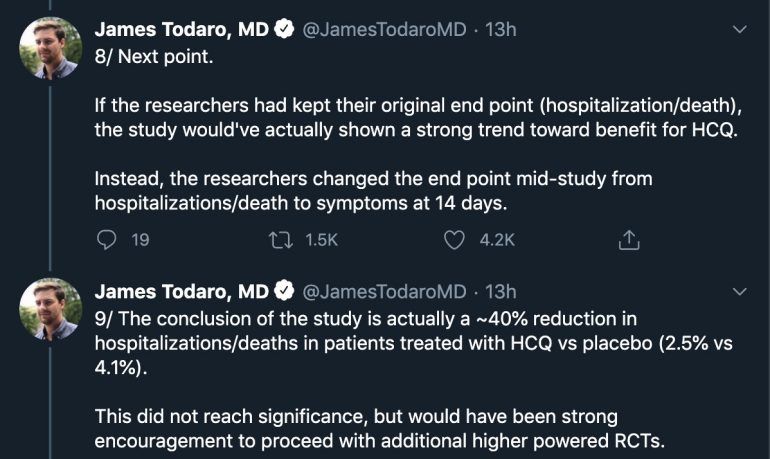 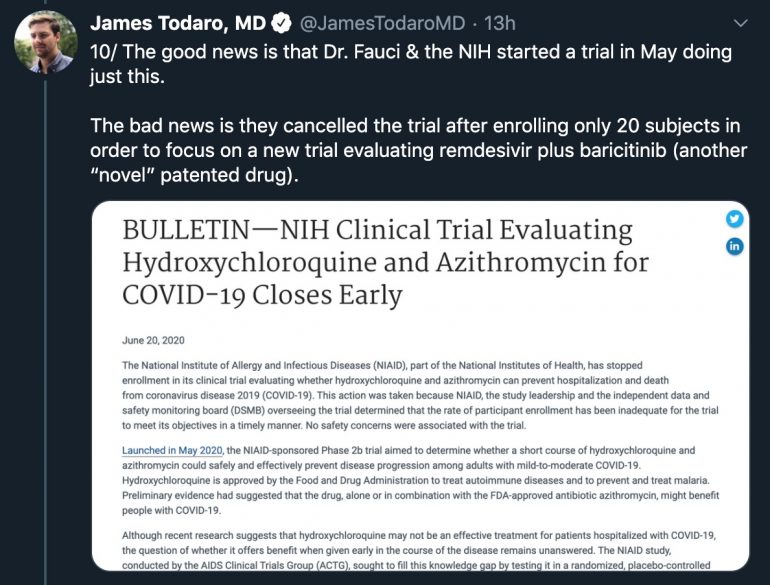 Come to think of it, wasn’t a federal HCQ study ABORTED because of that bogus Lancet study — the one that had to be denounced for failing to meet proper standards?

Yeah, I thought as much.