There are some incredibly admirable qualities about the late Supreme Court Justice. But the volatile left pays them no notice.

The left focuses so much of their praise of RGB in a narrow band of their own self-interest. They like her for what she did to advance causes they personally care about.

We cross swords with her ideas, priorities, and decisions. But we respect her humanity.

More and more these days, this is what separates the Left and the Right.

Don’t take our word for it, these scumbags are putting their pettiness on rank display.

No concern for the woman’s death. No condolences for her family. Just full-on rage for how RBG’s death would inconvenience her.

AOC, predictably, is seeing this through the lens of power while couching her play in ‘compassion’ for her dying wishes.

“If Mitch McConnell isn’t going to honor RBG’s final wish, we will. We will. And we have to.” Thank you, ⁦@AOC⁩. For your voice. For your fight. Tonight. And always. pic.twitter.com/2P5ttuvJsx

Obama is making the same push, despite words directly to the contrary when he was pushing his own pick to replace the Scalia vacancy.

"When there is a vacancy on the SCOTUS, the President is to nominate someone, the Senate is to consider that nomination… There's no unwritten law that says that it can only be done on off-years. That's not in the Constitution text." pic.twitter.com/vrOi3DrkJN

And there are any number of other posts cursing her out for not stepping down during Obama, or for having the audacity to die before Trump could be well and duly thrown out of office. For example:

fuck you for not retiring under Obama

fuck you for dying under Trump

What do all of these reactions have in common? They elevate the political above the personal.

Justice Ginsburg was better than that.

We recognize that she was a remarkable woman. Someone who was more than a worthy opponent, but who was — on a personal level — a decent human being.

This is evidenced in the wonderful and warm relationship she and Anton Scalia had, despite the enormously deep differences in how they viewed jurisprudence. 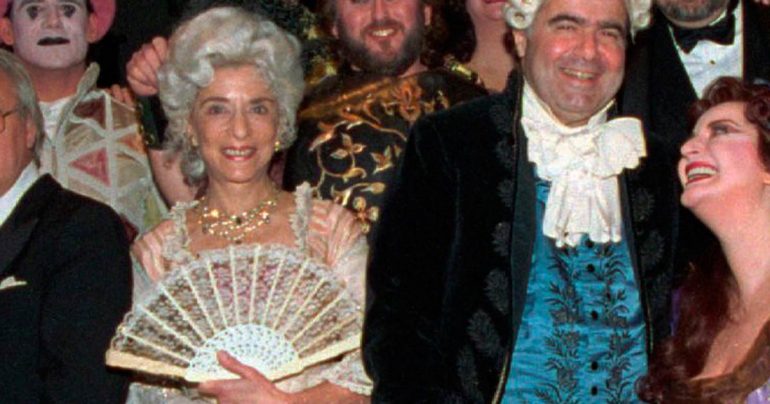 In stark contrast to the bile-spewing activists we have seen on the rise from the activist hard left, she held herself to a higher standard. Here are a few of her relevant quotes:

And perhaps the most famous and relevant of her quotes for the situation we find ourselves in during the 2020 political cycle?

(2/2) Her famous quote, "You can disagree without being disagreeable," was realized in her well-known friendship with the late Justice Scalia, and serves as an example for public discourse that we can all follow. RIP #RBG pic.twitter.com/HF8HoXjQuB

Short and sweet. Simple yet profound.

And it stands in stark contrast to the angry leftist firebombing cop cars, doesn’t it?

There is much to admire about the littlest Justice.

But the Leftists have been so narrowly partisan they’ve been entirely blind to it.