The man who fatally shot the pro-Trump protester was hired to work with NBC’s news crew. Their explanation that they had hired a guard through Pinkerton does not check out.

He wasn’t a guard at all.

Here is the footage of the fatal encounter.

Extended sequence of events in Denver. The victim backed off. He never stood a chance. pic.twitter.com/4HSSYQ1wrx

Like so many media outlets, TMZ portrayed what happened by citing this guy:

The right wing extremist first struck the security guard in the face, then tried to bear spray him.

Fucked around and found out. Keep your hands to yourself. Stop bear spraying people. pic.twitter.com/UitJACCM8N

He has ‘#abolishICE’ in his profile. ‘Nuff said.

The presumption of guilt is always against the (say it with me, folks!) ‘right-wing extremists’. Ever notice how we never hear any mention of such a creature as ‘left-wing extremists’? Aint’ that just the damnedest thing?

Taking the story the way they would tell it, some right-wing knuckle-dragger started trouble and a security guard put an end to it. Problem is, that doesn’t fit the facts.

The shooter was supposedly a security guard hired by NBC…

It appears the victim was part of the Patriot’s group. His t-shirt read, “BLM You’re f***ing Right Bikers Lives Matter.”

Turns out the guard works for a company that was hired by a local TV station that had been using security to protect its reporters who were covering the various protests.

The guard was taken into custody, but no charges have been filed.

Background: Right-of-center group was organizing a rally. Leftist groups explicitly set up opposite them to intimidate and agitate. –TMZ

Murder charges are being leveled at the shooter.

There is evidence he is connected to various activist groups and is a self-described socialist.

He had a very extensive past of Activism and speaking out against corporations and the police.

He’s been heavily involved in #Occupy which later pushed members to ANTIFA. pic.twitter.com/G9eT1kZ1jl

And the original claims that he was a ‘security guard’ have been both disavowed by Pinkerton and disproven by evidence.

“We searched our records and there is no record for an active licensed security guard now or ever for an individual named Matthew Doloff or Dolloff,” Eric Escudero, a spokesman for the Denver Department of Excise and Licenses, told KCNC reporter Andrea Flores.

“If he was operating as a security guard, he was in violation of the law,” Escudero added.

According to the city agency, an individual operating as a security guard without a licensed could face a fine of up to $999 and a year in jail — and the company that hires the guard could be held liable, the outlet said. –Post

Michelle Malkin put together one of the best threads we’ve encountered on the topic:

THREAD: I know a thing or two about hiring private security as a journalist and public speaker for 30 years, including contracting security through Pinkerton. So let me drop some facts to deconstruct this heaping pile of @9news manure. /1 https://t.co/2FJgn1kgem

(There’s more than what we’ve included here. Click the first one to see the whole thing. 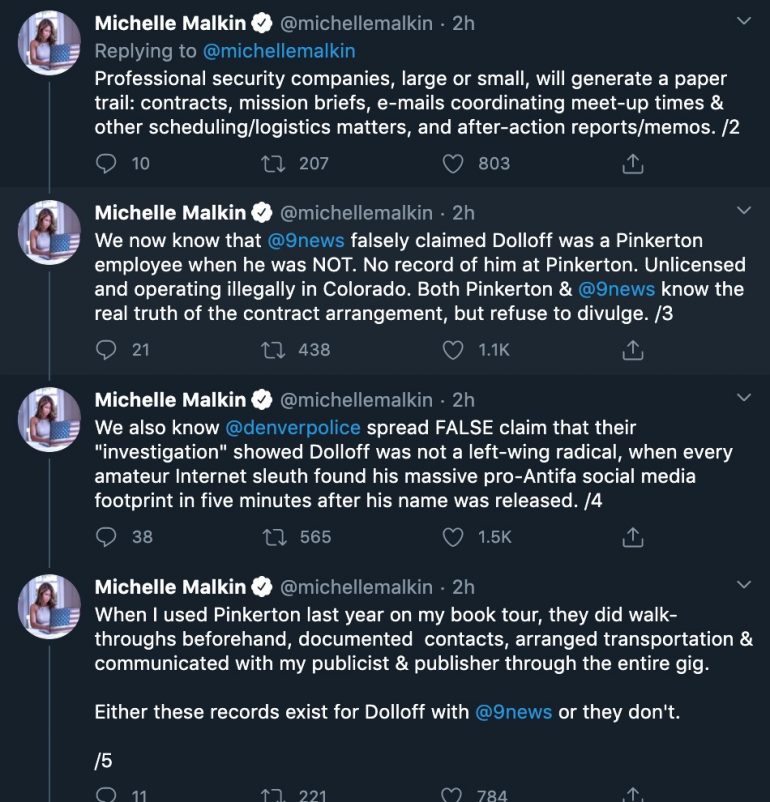 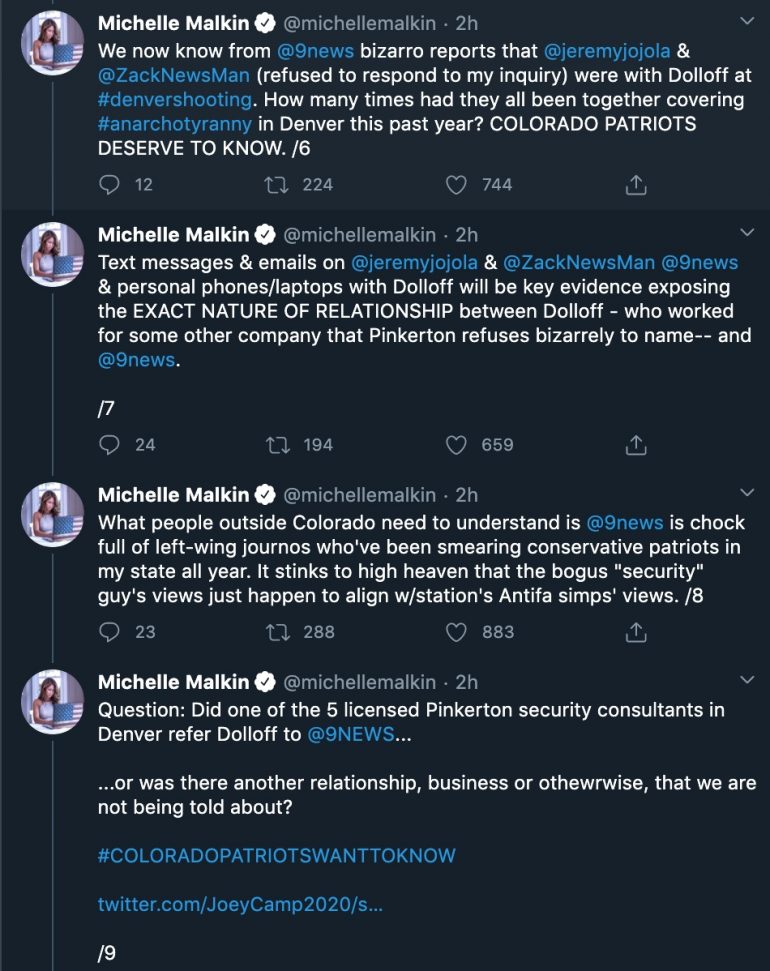 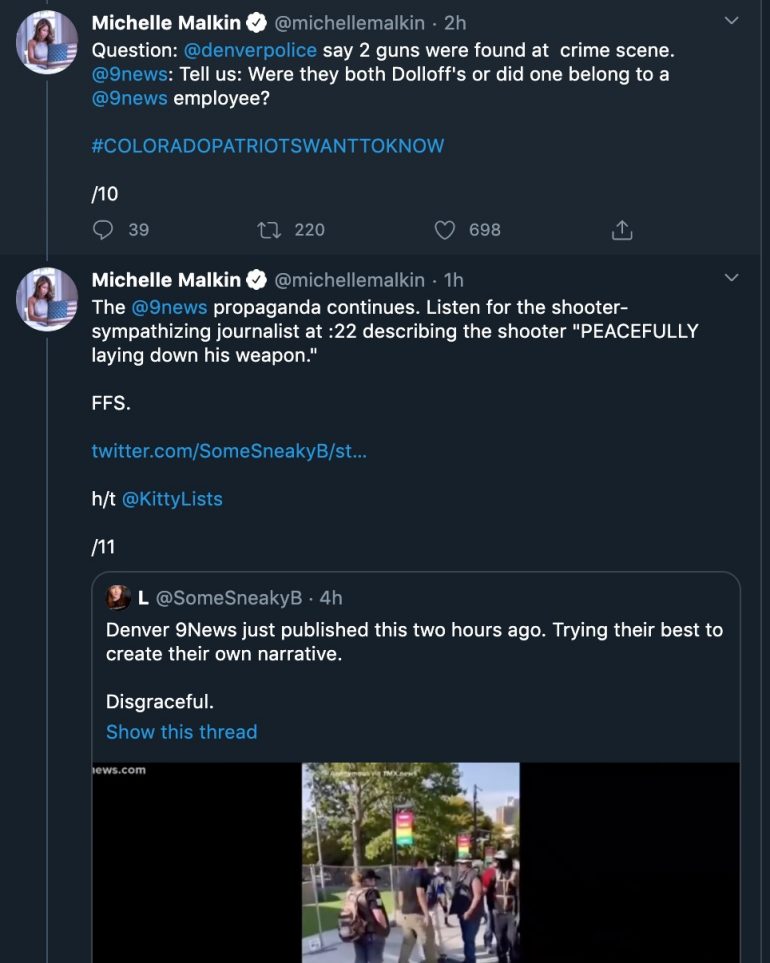 There’s a lot more to this story that what we’ve been told.

This is the second Trump supporter that’s been shot dead by a Socialist activist.

If Trump supporters had declared open season on Leftists, that would dominate the news cycle.

But with Leftists doing the killing…?

Crickets from the media.

Why is that, do you think?