This cute duo has become internet famous for a couple of pretty amazing Halloween costumes.

Adrea Garza, 36, from Edmond, Oklahoma, told Good Morning America that her daughters Koti and Haven were born right before the 2016 election, and she knew she wanted to dress them up as candidates in the future.

The mom unveiled the costumes on TikTok to the delight of her followers, and the clip has been viewed more than 2.9 million times.

‘Every year I dress my twin girls in some ridiculous Halloween costume and this year is no different,’ she said in the video, sharing footage of their little navy suits laying side by side.

The outfits were inspired by Trump and Biden’s looks at the first debate, where the Republican incumbent wore a red and navy striped tie and the Democratic hopeful sported one with white and navy stripes.

Adrea also included the container of orange face paint she used to color Koti’s face for her Trump costume and the face mask, white spray-on hair color, and aviators she purchased to transform Haven into Biden.
Source: Daily Mail

Here’s the Instagram version of the video that went viral on TikTok:

Adrea did an amazing job, but it was the twins themselves that seemed to have captured each candidate.

Here is Haven as Sleepy Joe: 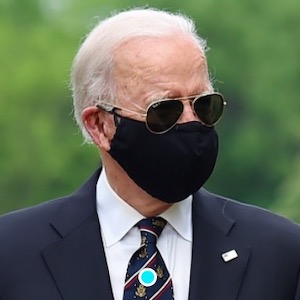 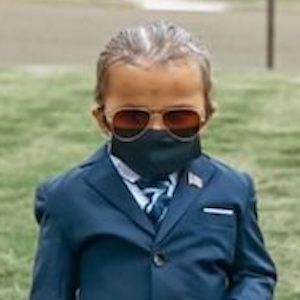 Koti had Trump down pat: 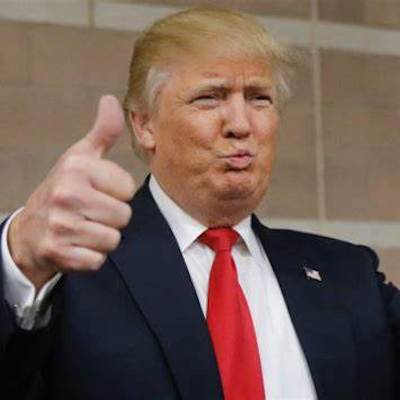 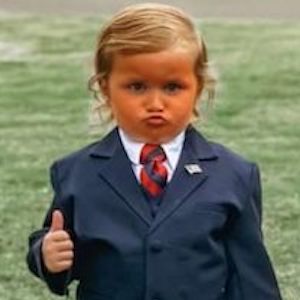 Depending on which side of the political spectrum you’re on, you might find one of these costumes more frightening than the other.

But can we all just admit that these twins are super cute?

Adrea noted that there was some backlash and people didn’t like the costumes.

Some a-hole even threatened to shoot the girls and “not with a BB gun.”

Bullying is not ok. Bullying a child is cowardly. ##bullying ##twinmom ##stopbullying ##momclub

Besides, this was all in good fun and an opportunity to tell people to get out there and vote.

Adrea also noted that the girls aren’t going to go out Trick or Treating dressed as the candidates and they have another costume ready.

As cute as they were as Trump and Biden, they were absolutely adorable as pair of Dalmatians.