But then, we knew that.

On Wednesday, when appearing before a Senate Commerce, Science, and Transportation Committee hearing, Twitter CEO Jack Dorsey explained to Sen. Cory Gardner (R-CO) that Twitter’s rules allow them to censor the President’s tweets as “disinformation” but not those that deny the Holocaust.

We know that Twitter is completely inconsistent in enforcing their rules and is heavy-handed in dealing with conservatives, but the left, the media, terrorists, and those who make excuses for terrorists (there’s quite a bit of overlap between some of those groups) are treated with a light touch.

Here’s a prime example of the blatant double-standard.

In an exclusive report by The Federalist, U.S. Customs and Border Protection (CBP) Commissioner Mark Morgan has been locked out of his Twitter account for posting about the efficacy of walls.

This was while Jack Dorsey was being verbally b!tch-slapped by Senate Republicans in Senate hearings.

Morgan wrote, “@CBP & @USACEHQ continue to build new wall every day. Every mile helps us stop gang members, murderers, sexual predators, and drugs from entering our country. It’s a fact, walls work.” He then included a link and a video of the border wall construction.

An email sent to CBP Commissioner explaining the suspension read, “You may not promote violence against, threaten, or harass other people on the basis of race, ethnicity, national origin, sexual orientation, gender, gender identity, religious affiliation, age, disability, or serious disease.”

It’s clear that the tweet did none of those things, but, at the time of this writing, the account appears to still be blocked.

Ken Cuccinelli, Acting Deputy Secretary for the Department of Homeland Security, tweeted about some of the things that CBP Commissioner Morgan was able to send before the pro-wall tweet and it was right in line with what was in the “objectionable” tweet.

(2/2) @CBPMarkMorgan had too much TRUTH for one tweet, so I had to extend this one… pictures of a drug seizure and a double Wall coming right after this one. @jack will only let me put 4 pics on here…

More of the TRUTH from @CBPMarkMorgan that @jack was suppressing today (while testifying before the Senate!).
Attached is only one pic of the incredible number of drug seizures accomplished by @CBP, aided by the wall (see the other pic below). pic.twitter.com/rEUs3cj7DN

Here’s just a handful of the tweets asking Jack what is and is not acceptable on Twitter.

Hey, @jack, here's a bunch of sex offenders that @CBP, aided by the wall, kept from entering the U.S.

Meanwhile, the former Prime Minister of Malaysia has been permitted to tweet, “Muslims have a right to be angry and kill millions of French people for the massacres of the past.”

This was posted just hours after news broke that three people were killed in an Islamist terror attack in a church during Mass — two of the victims were beheaded.

2 People Beheaded, At Least One Other Dead, Several More Stabbed In Terror Attack In Cathedral In Nice

We have included screenshots in case Twitter gets a conscience, but as of this writing, the tweet was still live. 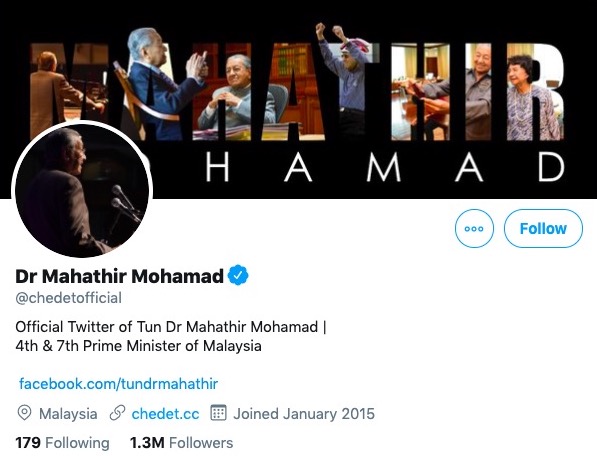 Here is the entire thread for context. 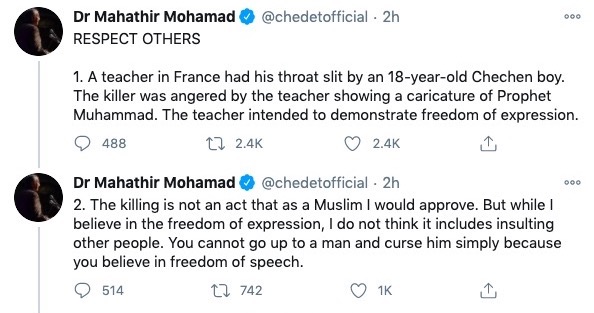 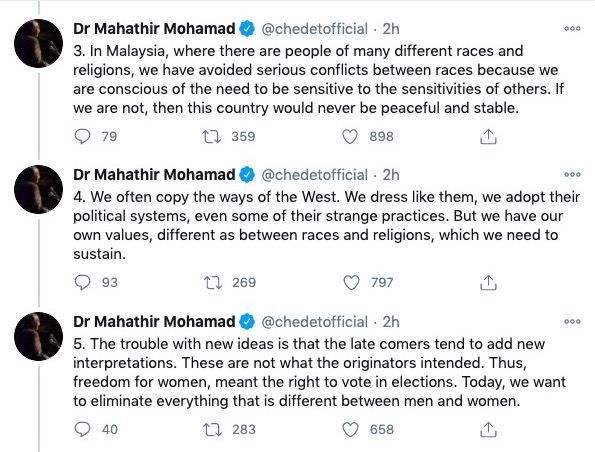 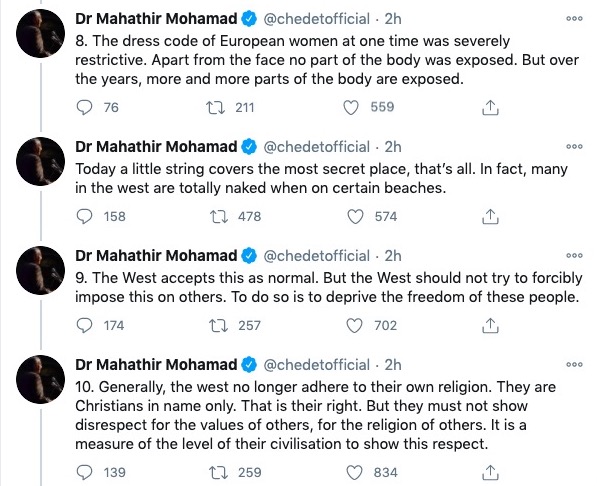 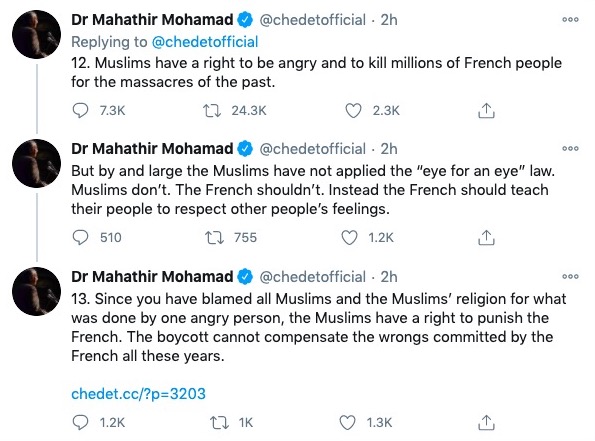 These are biased people creating biased algorithms and make biased decisions when they manually review a suspension.

How many times has a relative of Joe Biden been “accidentally” censored like Tiffany Trump was on Facebook earlier this month?

Twitter and Facebook both censored the Hunter Biden laptop story because it was “unverified” and “potentially hacking” but hasn’t done a damned thing about the millions of tweets, posts, and links shared by leftists about the Steele Dossier which has been shown to be actual Russian disinformation which was part of Hillary’s campaign strategy to draw attention away from her email scandal.

Social media let all of that disinformation stand while fact-checking memes.

I’m not a big fan of government intervention in general, but it’s time to do something about Big Tech.

We can’t let them continue to enforce the rules only against conservatives and give everyone else a free pass.