Seems like Harry got his panties in a wad over the last time Candace Owens made fun of the dude in a dress. The little priss tried to hit back… failed hilariously.

For those of us who don’t give a tinker’s damn about what self-absorbed Hollywood society does or says, it’s easy to miss a story like this one. Even if that’s you, keep reading, we’re pretty sure you’ll like where this goes.

A while back, Candace Owens started a feud (apparently) by saying ThatWhichMustNotBeSaid™. Harry Styles did a Vogue photoshoot in a dress and looked ridiculous. She said as much.

Oh no she didn’t!

Of course she did! She’s got no time or patience for playing by whatever rules the little soy-boys demand we play by.

He looked stupid, and she said so. Guantlet dropped.

Most people realize that if you don’t have a decent comeback at the moment, you should just take the ‘L’ (loss) and move on with your life. Otherwise, you risk looking like a sulky, whiny bitch that looks to even the score with a ‘clapback’ long after the fact. Harry, clearly, wants us to know he’s perfectly willing to risk looking like that.

Here is Harry at another photoshoot (weeks later), this time for Variety, eating a banana, and clearly taking a shot at Candace Owens. 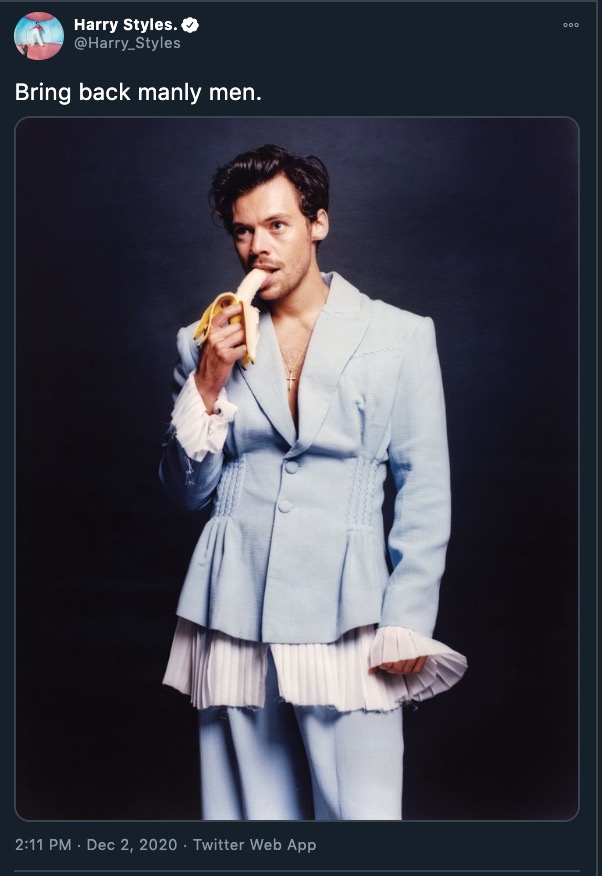 If this were a white conservative bro taking a swipe at a black liberal woman, you can bet the banana would feature prominently in accusations of racist dog whistles. (But I digress.)

Liberals, predictably cheered at this devasting social media killshot at Candace Owens. How could she possibly recover from the shade their ‘stunning and brave’ Harry was dishing out?

Turns out, it wasn’t too difficult. 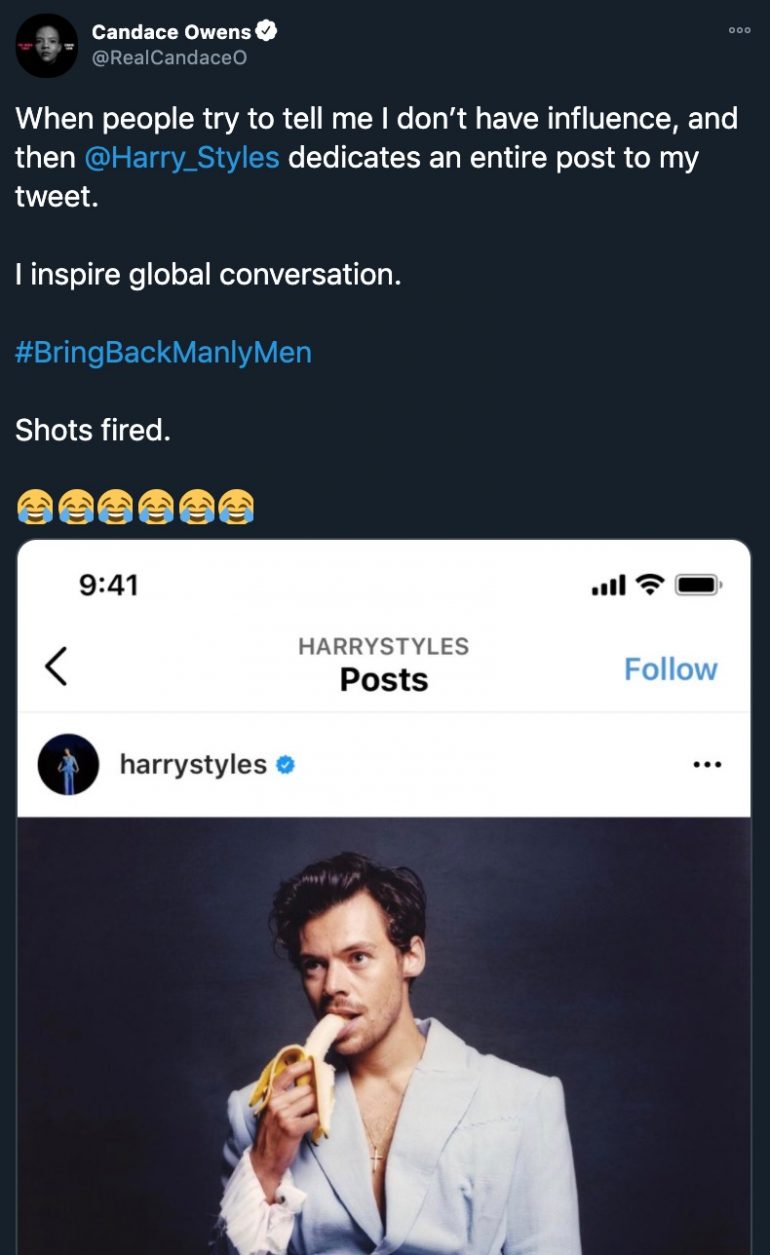 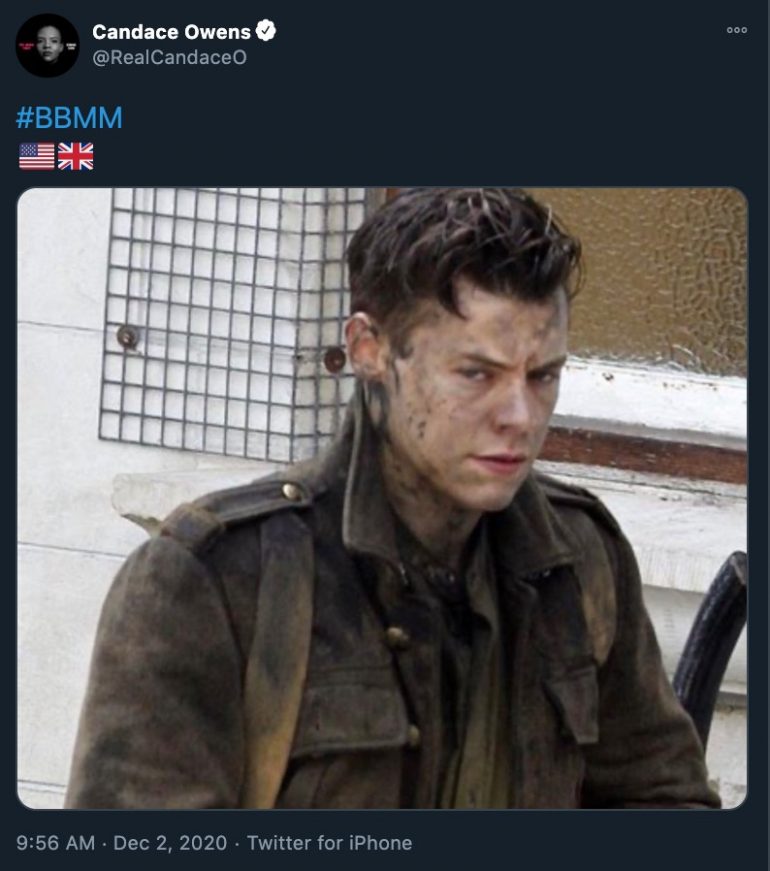 And a little louder for anyone in the back… 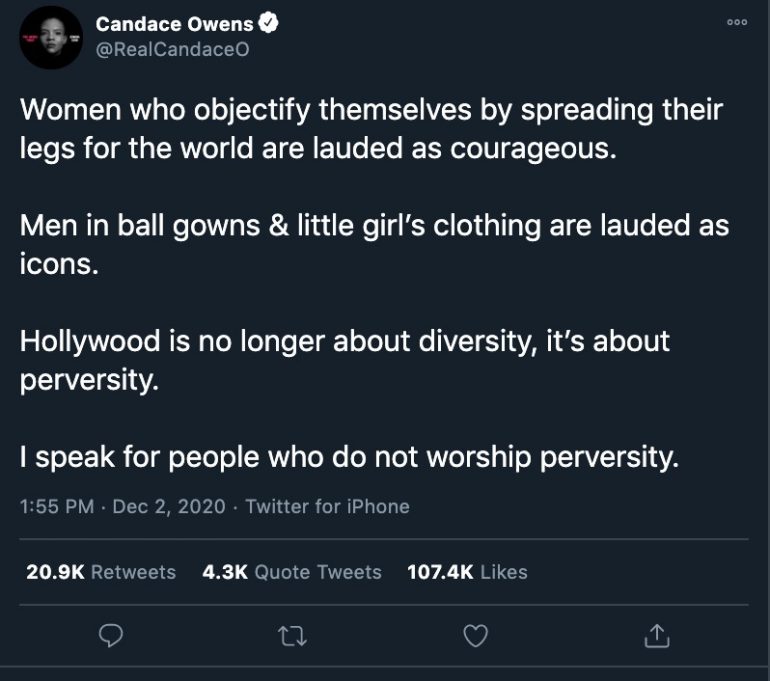 Are you really surprised? This is the same chica who took the Silicon Valley censors to court over tagging her post about Biden not having been officially certified ‘president-elect’ yet.