Even Helen Keller could have seen the game Democrats and Big Tech are playing. Nunes thinks it looks an awful lot like Racketeering.

According to the Epoch Times, Parler’s traffic, which was already steadily growing, went through the roof after US President Trump created an account, and many others the world over followed suit. This was when Google, Apple and Amazon all cooperated to do their best to shut down Parler for good.

“This is clearly a violation of antitrust, civil rights, the RICO statute. There should be a racketeering investigation on all the people that coordinated this attack on not only a company but on all of those like us, like me, like you, Maria,” said Nunes in an interview with Fox’s Maria Bartiromo.

Nunes continued, “The effect of this is that there is no longer a free and open social media company or site for any American to get on any longer. “It’s preposterous. So I don’t know where the hell the Department of Justice is at right now, or the FBI.”

Nunes mentioned that he is currently talking to his colleagues in Congress to further explore legal options. He also appealed to the US Supreme Court to act on this issue. –PostMillenial

Anyone who’s been paying even casual attention to the massive upheaval in Big Tech over the past week will know that Big Tech has begun a systematic purge of conservatives — especially Trump supporters — in the social media ecosystem.

Whatever fig leaf they may want to dress it up with, their motives are clearly a disdain for the shared political beliefs of the political right. If they really cared about inflammatory or political speech, Louis Farrakhan would have long since been de-platformed. Hell, even hard left ‘fact-checkers’ at Snopes acknowledge his explicit calls to violence: 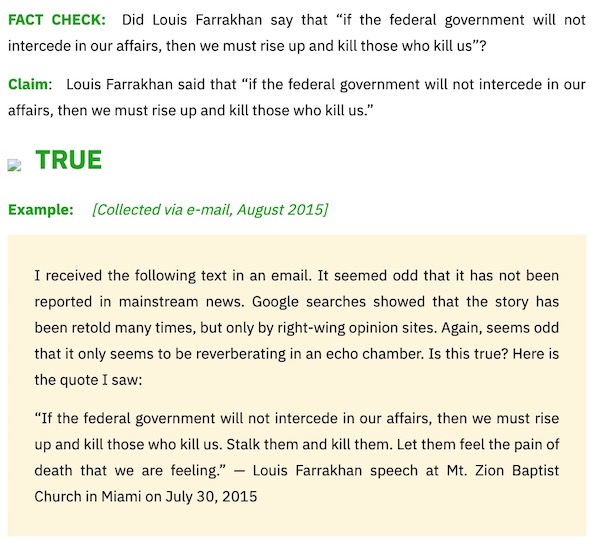 But he’s still around. So are other world leaders that endanger their own citizens. Some like to point out the ‘top dogs’ in Iran for heinous examples of a double-standard (and if that term offends them, good. We EXPLICITLY mean to call their oppressive leadership bastard flea-bitten mongrels).

We could go one better. If they really cared about oppression, not a single oppressive, propagandistic CCP sock-puppet account would be permitted to spew its poison into social media. But Big Tech doesn’t want to upset Xi, do they? Too much money to be made, too much dependence on their supply lines.

They are Xi’s bitch and they know it. They have aligned themselves with one political party, and whether there is an explicit agreement or just an implicit one due to aligned interests, they are doing the Democrats bidding for them, creating a more powerful version of ‘Pravda’ than Stalin could even dream of.

(By the way, if you haven’t done so already, bookmarking our website, grabbing our newsletter, and clicking the bell for notifications will help you bypass some of the doors the Information Overlords want to slam in our faces.)

Nunes is calling for the digital new ‘Ministry of Truth’ to be held accountable and prevented from corrupting the available channels of political engagement.

He figures RICO laws are the tool best matched for this job.

Are RICO laws the right response to the Tech Purge of 2021?