Trump’s call for a wall never presumed EVERYONE on the other side was a dangerous criminal, but it did acknowledge people like THESE had an illicit interest in cross-border traffic.

As you read further, keep in mind that Camargo, Tamaulipas is right across a bridge from Rio Grande, officially calculated as 6.6 miles between the city center of both communities.

In other words, they’re neighbors. This is the same place that Beto came from as he bragged it was so very safe that we would all be stupid to demand that authorities stiffen our border security. 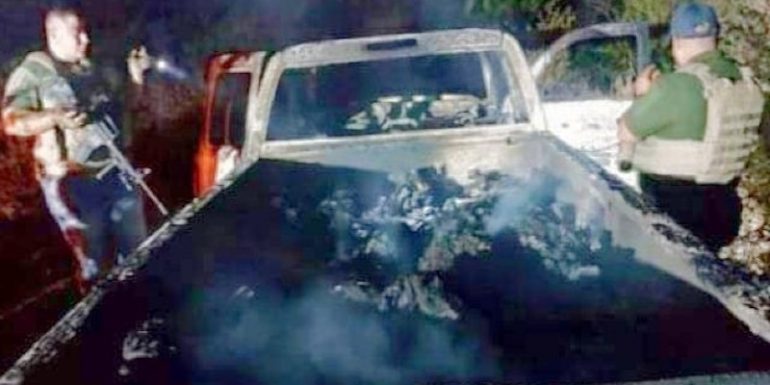 Mexican authorities say they have found 19 shot and burned bodies near a town across the Rio Grande from Texas in an area that has seen violent territorial disputes between organized crime groups in recent years.

The Tamaulipas state prosecutor’s office said late Saturday that the bodies were discovered along a dirt road outside Camargo after residents reported a burning vehicle. Authorities found two vehicles on fire, one containing four bodies and the other 15.

All had been shot, but shells were not found at the site, leading investigators to believe they were killed somewhere else. — ElPasoTimes

(Photo used was taken by an anonymous Breitbart correspondent, that and other grisly pics can be found here.)