Remember that one Professor from impeachment who had voted Hillary, but defended Trump during the Impeachment farce? He’s hammering election officials with a 20lb sledge.

While Georgia’s election results were still pending, he had a pointed question to level at the election efficials.

Considering the turmoil surrounding this entire 2020 election will be studied long after we are all dead and buried, the question he is asking is a DAMNED good one, too. 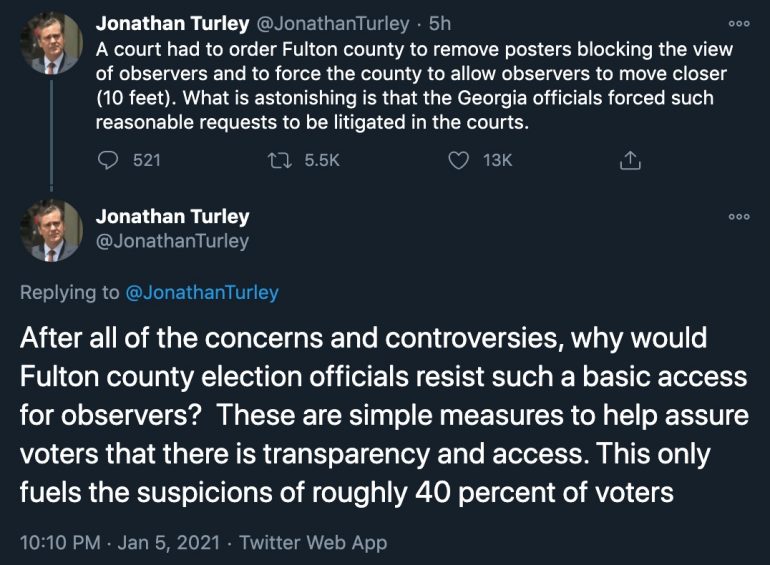 In case you can’t read the tweet on your device, he wrote: A court had to order Fulton county to remove posters blocking the view of observers and to force the county to allow observers to move closer (10 feet). What is astonishing is that the Georgia officials forced such reasonable requests to be litigated in the courts.
After all of the concerns and controversies, why would Fulton county election officials resist such a basic access for observers? These are simple measures to help assure voters that there is transparency and access. This only fuels the suspicions of roughly 40 percent of voters.

Turley is smart enough to see the cause-and-effect relationship between this choice and public opinion. Why aren’t the election officials able to see it?

Or should we take it that their blindness is purely volitional?

How are you liking this new face of ‘unity’ so far, folks?

Are you feeling entirely appreciated?