It was often said the most dangerous place in DC was standing between Chuck Schumer and a camera. That was before Fauci became the new iteration of Avenatti.

And God help us, he finds working under Biden ‘liberating’. Maybe that has something to do with the gobs of money they are throwing at him to mismanage his job.

He literally makes more than the President.

The man who oversaw the worst worldwide pandemic in more than a 100 years is not only the highest paid doctor in the U.S. government, he is highest paid among 4 million U.S. federal employees, according to Forbes.

Dr. Anthony Fauci, 80, who recently disparaged former President Donald Trump in his first White House briefing under President Joe Biden, made a U.S.-high $417,608 in 2019 as the nation’s leading infectious disease expert, per the report.

Then a global coronavirus decimated the world under his watch as Director of the National Institute for Health’s (NIH) National Institute of Allergy and Infectious Diseases (NIAID) and current chief medical adviser to the president. More than 419,228 Americans have died with COVID-19 in the past year under Fauci’s watch, and more than 2.1 million worldwide. —NewsMax

That leads to an interesting question. Why does Fauci still have a job?

If you had to boil down the reason Trump is no longer in office down to a single over-arching word, that word would be ‘COVID’.

The Chinavirus suppressed his roaring economy, made people angry and restless, a sudden surplus of idle people with pent up frustrations were knowingly harnessed to fuel protests, many of which spilled over into violence and destructive acts.

On and on it went: a nearly endless list of ways the press highlighted every bad news AMERICAN Coronavirus story and spinning them consistently to land squarely at the feet of a single man, the personification of evil and incompetence — OrangeManBad. Magically, the Governors who explicitly made catastrophic decisions leading directly to the deaths of retirees got a free pass. Those deaths were Trump’s fault, too.

Yet somehow, through all of that, Trump’s single most public advisor got to stay on, not just retaining the sort of ‘hero’ status afforded to Cuomo, but something approaching SAVIOUR status.

Kind of a weird status for a guy who may have personally put the loaded gun we were shot with into China’s hands in the first place, don’t you think?

Ouch. Politically speaking, the perception of one of this administration’s loudest voices on the coronavirus front — the one calling for shutdowns and shut-ins and contact tracing-slash-government-tracking of American citizens — well, it doesn’t look good to have him tied financially to Wuhan.

Giuliani, as RedState noted, said this: “Back in 2014, the Obama administration prohibited the U.S. from giving money to any laboratory, including in the U.S., that was fooling around with these viruses. Prohibited. Despite that, Dr. Fauci gave $3.7 million to the Wuhan laboratory. And then even after the State Department issued reports about how unsafe that laboratory was, and how suspicious they were in the way they were developing a virus that could be transmitted to humans, we never pulled that money.” —WashingtonTimes (April 2020)

Miranda Devine unloaded on the Fauch with both barrels. Here are a few highlights:

In his inauguration speech, President Biden pledged to “defend the truth and to defeat the lies.”

So let’s start by being brutally honest about Dr. Anthony Fauci, who has been the source of some of the most damaging misinformation about COVID-19.

…This is the man who dictated coronavirus policy in the Trump administration. If mistakes were made, as the Biden administration claims, they are Fauci’s.

Yet, astonishingly, Fauci told CNN Friday that a “lack of candor” from the Trump administration had cost American lives.

If people’s lives really were at stake last year, why did he wait until now to tell us?

…Take, for instance, Fauci’s serenity back on Jan. 21 last year, when he assured us that the virus convulsing China at the time “is not something the citizens of the United States should be worried about.”

…The following week, he was at it again, vehemently opposing President Donald Trump’s proposed flight ban from China, which Biden at the time decried as “xenophobia.”

It was Jan. 28, and Trump had asked his trade adviser, Peter Navarro, into the Situation Room to convince Fauci and other officials that the China travel ban would save lives.

“The guy I fought the most that day was Fauci,” Navarro told me Sunday. “He was adamantly opposed to the travel ban. All he kept saying was travel restrictions don’t work.”

Navarro pushed back, “ ‘If you stop 20,000 Chinese nationals coming in every day and some are infected, you’re telling me that’s not going to spread the virus?’ It was like talking to a brick wall.” —NYPost

And Miranda was just getting warmed up. It gets spicier as you go along.

If it was so important to make a clean break from Trump’s ‘bad’ plan that he even renamed ‘Project Warp Speed’, why did he keep on the chief overpaid advisor?

Has Fauci considered donating any of his exorbitant paychecks to help feed the staff of the businesses his decisions have closed down?

With his talk of deferring to ‘experts’ like this guy, and ‘bringing back science’ isn’t Joe really saying that he is abdicating his role of decision-maker to become a glorified rubber-stamp for a camera-mad pencil-pusher? 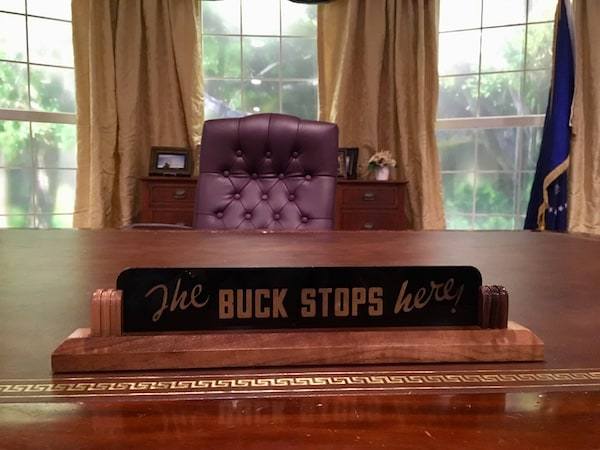 Aside from possibly Joe Biden himself, does our government have any more pitch-perfect example of the Peter Principle than Little Lord Fauci?