The DCCC hired Dyjuan Tatro as their new ‘senior advisor for strategic outreach’ earlier this month. He is one of those guys Democrats assure us has ‘paid his debt to society’ after serving his time.

Considering some of his public statements, we still have questions about just how ‘reformed’ he is.

The crime for which he was serving that time is relevant for understanding what follows. He was a gang member convicted for shooting two rival gang members more than a decade ago, earned his bachelor’s degree while serving time in prison, and he went on to become a ‘national leader in a bipartisan movement to reform prison education systems.’

Tatro is no stranger to the lethal use of force. In all likelihood, he has direct or indirect knowledge of situations where police officers were forced into split-second decisions on whether lethal force was required in response to gang activity.

We’re not exactly looking at a guy with an indifferent view of the police, here.

While most of America was busy praising the Capitol Hill police for keeping a dangerous and chaotic situation from becoming so much worse, and wondering where the Hell their reinforcements were, this guy was busy bashing them all as ‘white supremacists’.

Simply put, Sicknick can’t be Hailed As A Hero who bravely laid his life down defending Democracy from that [insert random anti-Republican pejoratives here] if he’s being denounced as a White Supremacist or Nazi. 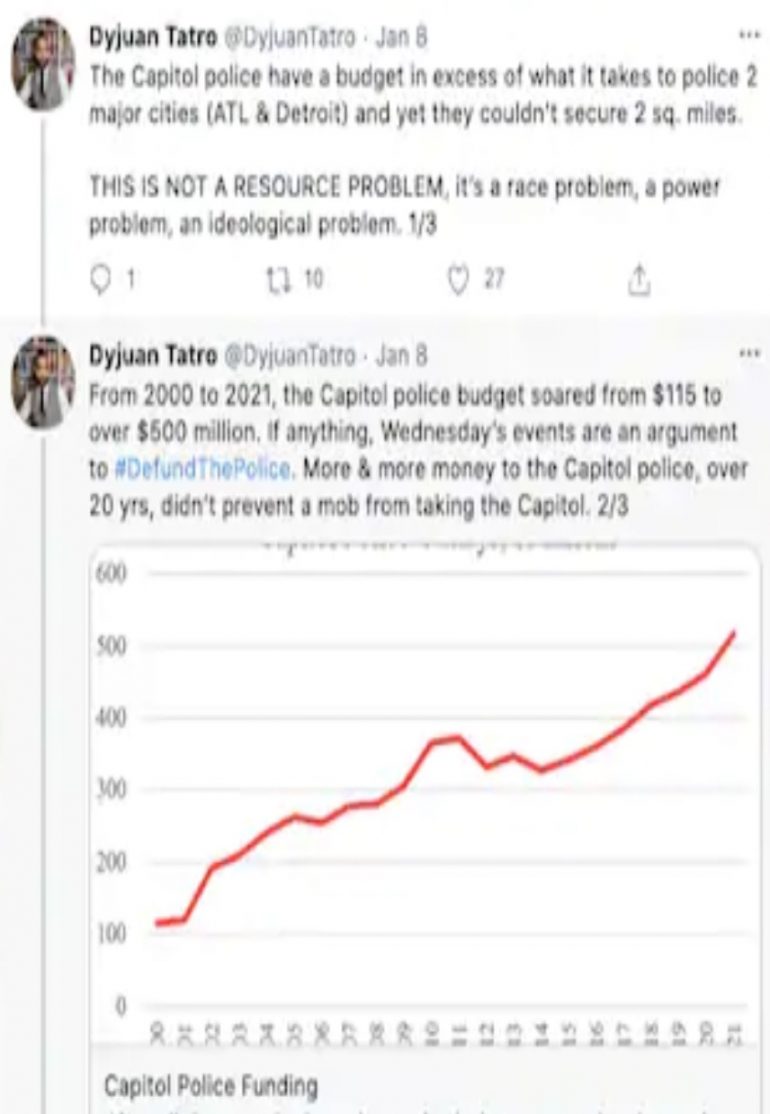 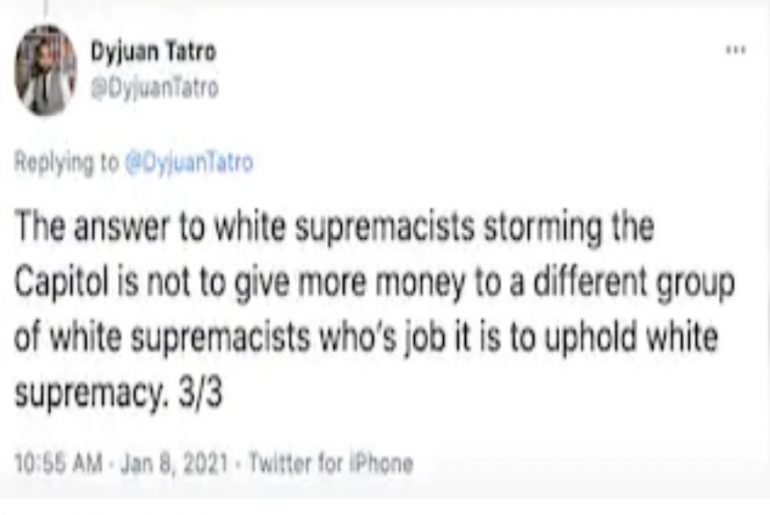 Notice his use of capitalization as he praises looting as a valid form of social protest, while denouncing police as Nazis, and saying they should have LESS funding, not more.

Looks like Tatro never got the Democrat memo that this was a Useful Crisis, and not to be wasted on mere frivolous swipes against the police. All negative press about Law Enforcement (not to mention the military, the National Guard, and security perimeters) was to be taken off the menu at least until elected Democrats were all done milking their newly-minted victimhood status for its Trump-Is-Evil cudgel. 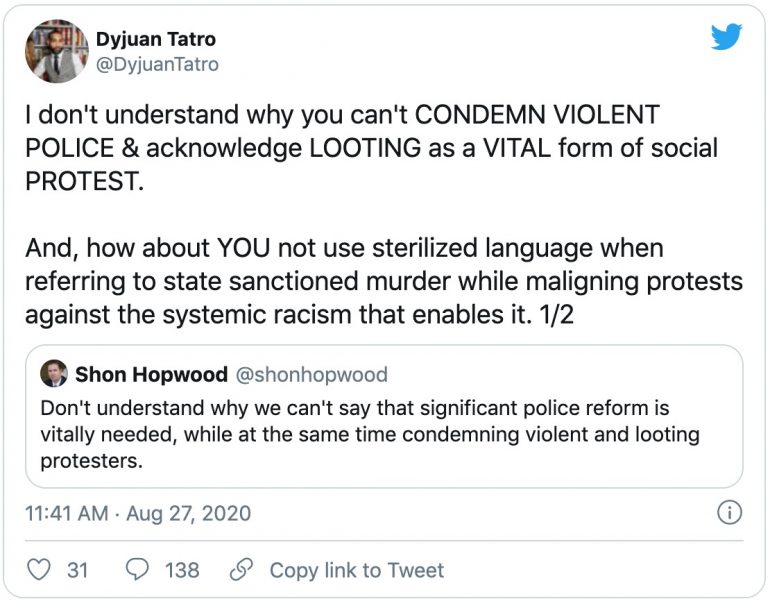 He is an employee of the DCCC, and he is literally condoning criminal activity in the name of political activism. All last week we saw the word ‘incitement’ kicked around like a skinny kid in a mosh pit.

If this guy continues on as an employee of the DCCC in this era of people being ‘canceled’ for the most innocuous of statements, we can only conclude that DCCC must agree with his position on all cops being arch racists in need of defunding.

(That would make the ongoing presence of the National Guard an awkward subject.)

And that all cops are to be viewed with contempt as murderous scumbag nazis.

So… which is it, Democrats?

Officer Sicknick and the Capitol Police are heroic rescuers on a dark day in American history? Or are they evil enemies of all that is right and good, a boil on the body politic that needs to be lanced?

You really can’t have it both ways.