John Weaver went from being the co-founder of the fantastically lucrative Lincoln Project grift machine to Harvey Weinstein pariah-status so fast it would make your head spin.

Even his own organization has made up its mind that cutting their losses and openly denouncing him is preferable to getting dragged down with him.

The business he helped to create has given an official statement of distance and denunciation. 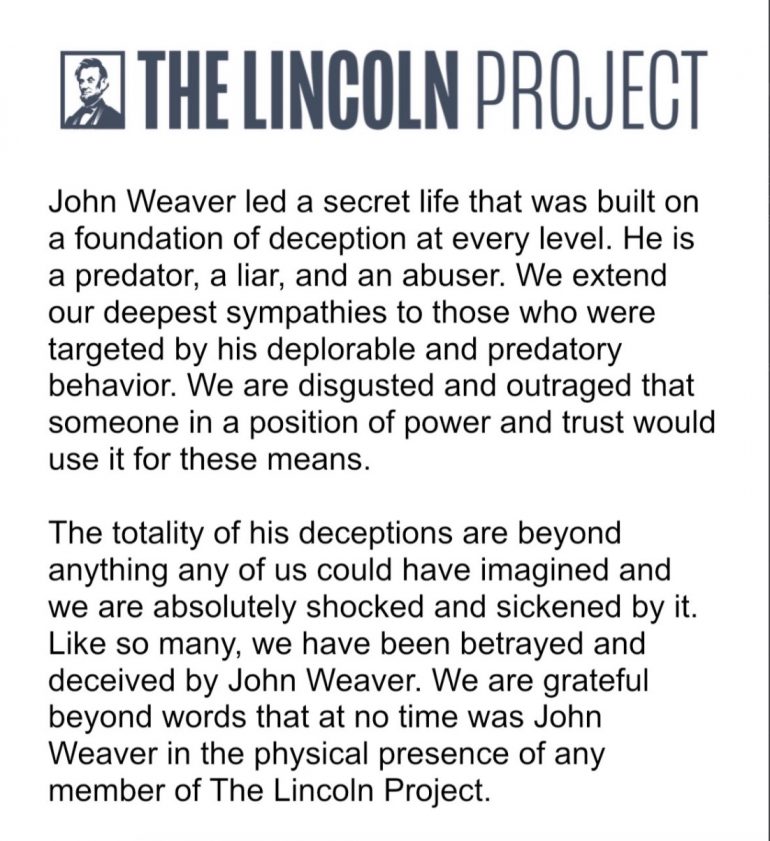 Lincoln Project co-founder John Weaver admitted this month to sending “inappropriate” messages to men, but that choice of word understates the details described in a New York Times report published Sunday, in which he allegedly sexually harassed men online, including one who was age 14 when Weaver first benignly sent him a direct message. The group already split ties with him. Now they are more emphatic about it. –LawAndCrime 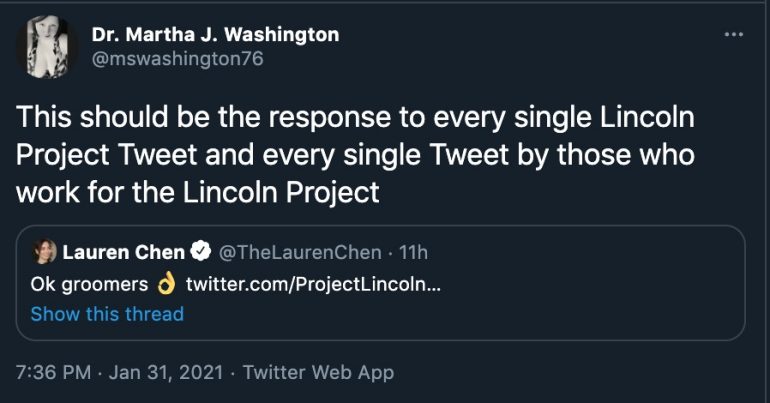 Weaver had an excuse, if you can call it that.

“In living a deeply closeted life, I allowed my pain to cause pain for others,” he said. “For that I am truly sorry to these men and everyone and for letting so many people down.” –LawAndCrime

Does he really expect us to believe that abuse of power, sexually grooming interns and (potentially) underage young guys, making empty sexual promises you have no intention of delivering on in exchange for sexual favors can be explained away by being ‘in the closet’?

Has he considered the possibility that he’s just a miserable sonofabitch? Because the odds of that seem pretty good.