How has team Biden’s push toward building a world in their own image worked out so far? Not all that well, actually.

We’ve already seen how Foreign policy and Diplomacy have been an absolute cluster***k in the last two months, with China eating our lunch and embarrassing us publicly, Biden embarrassing himself with Putin, with North Korea launching missile tests, with Russia and China partnering on an increasing number of issues, our team is looking like — to use a term favored by Obama — a jayvee team.

That ‘Diversity is their strength’ mantra or theirs may have just emboldened one Nigerian faction to take violent action against the Christians that live there. 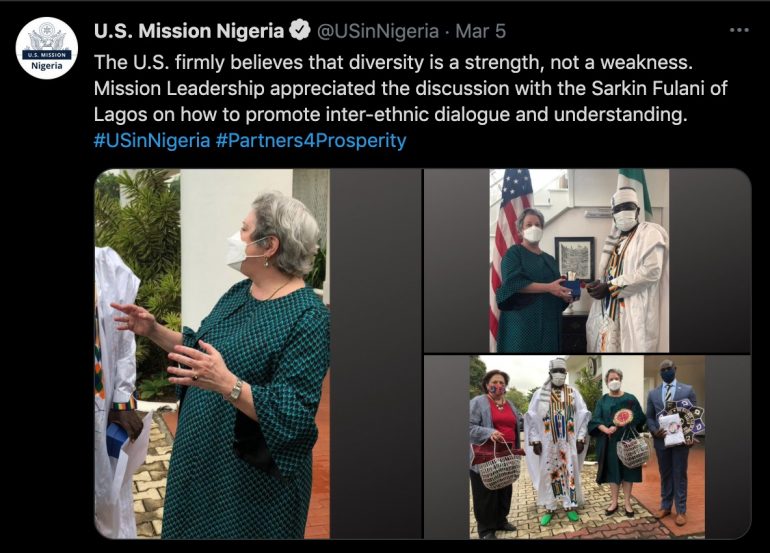 Nigeria is a country that already has deep, long-standing conflicts, sometimes violent. Different parts of the country are under the control of different factions.

Terrorism and criminal gangs have already been on the rise in Nigeria. Boko Haram was part of it (remember ‘Bring back our girls?’) And school kids continue to be abducted and held for ransom (it’s big business for the cartels).

An effective diplomat knows such details and will work within the existing framework without inflaming domestic tensions. For all their bragging about returning America to normal diplomacy, Biden’s teams are not scoring high marks on that front.

Two weeks after the U.S. ambassador to Nigeria’s controversial visit to a Muslim cleric, the nation’s lawless central states have been roiled by violence, including several attacks on Christian farmers, sparking concern among activists about the direction of U.S. policy in Nigeria.

In the most notable among the incidents, a band of alleged Muslim militants attempted on March 20 to gun down the governor of Benue state as he was departing his farm in south-central Nigeria by automobile.

…No one opposes diplomacy, but how does a discussion with a leader from the south-west of Nigeria promote peace and development in a volatile area far removed from his influence?”

The diplomat’s outreach was called a gaffe by some Nigerian media.

“The visit by the U.S. Mission Nigeria was seen by many as a right step, but in the wrong direction,” according to the Nigerian website Opera News, “owing to the fact that Lagos State has a Royal Highness—Oba Rilwan Akinlolu, the traditional ruler in Lagos who exercises traditional authority over everybody living in Lagos, compared to the Sarkin Fulani of Lagos, Alh. [Dr.] Mohammad Abubakar Bambado II that only controls a minority tribe in Lagos.”

What is their objection?

Some Nigerian activists from the killing fields of Kaduna state in north-central Nigeria, where thousands of Christian farmers have been slain by Fulani ethnic bandits or terrorists, say the visit was objectionable.

“We all saw this in the news. It was an outrage. And understandably so,” Vincent Bodam, 51, a businessman in Lagos, told The Epoch Times in an email. “This was the first time for such a visit to an unknown Fulani chief by any U.S. ambassador. We were not even told of the reason for the visit nor the outcome.

“The only time in my recollection this happened was when the then-U.S. secretary of state, John Kerry, snubbed the then-President Goodluck Jonathan and went straight to see the Sultan of Sokoto in 2014.”

…“Ever since Jonathan declined support for same-sex marriage in Nigeria, Obama refused to sell arms to Nigeria to fight Boko Haram. He tacitly supported [President Muhammadu] Buhari and never stepped his foot in Nigeria,” he said.-EpochTimes

Oh, is that how this works? Fighting terrorists that kidnapped and raped school kids is lower on the priority list than forcing Nigerians to change their culture to match Obama’s progressive agenda? 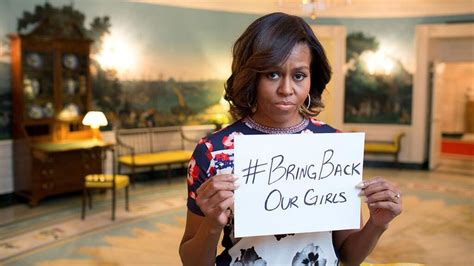 Who exactly anointed Obama, or any other American as some kind of a king over Nigeria?

No WONDER people in Africa are calling the West ‘cultural Colonialists;. These secular socialist Westerners don’t care about what the local culture is, or the what the local people want, or even about the ‘consent of the governed.’ They have their own agenda to push. Obama (and presumably Biden) have their own version of Dubya’s Nation-building in mind.

No WONDER Nigerians were so supportive of Trump.

With everything else going on there, adding fuel to the fire is a bad idea. Here’s what this same group did in neighboring Niger a few days ago.

Islamic State militants allied with Fulani herdsmen were responsible for the latest massacre of 137 people in the Tahoua region of Niger Republic, reports said.

The militants targeted civilians in retaliation for killings of Fulani by self-defence militias formed by the farmers.

How bad are things getting over there?

Catholics in Nigeria have buried many priests and believers killed in their country’s brutal wars over land, cattle, honor and religion. But this was the first time Bishop Matthew Hassan Kukah of the Sokoto Diocese had preached at the funeral of a seminarian.

A suspect in the crime said 18-year-old Michael Nnadi died urging his attackers to repent and forsake their evil ways.

“We are being told that this situation has nothing to do with religion,” said Kukah, in remarks distributed across Nigeria in 2020. “Really? … Are we to believe that simply because Boko Haram kills Muslims, too, they wear no religious garb? Are we to deny the evidence before us, of kidnappers separating Muslims from infidels or compelling Christians to convert or die?”

…”Religion is not the only driver of the mass atrocities,” said Nina Shea of the Hudson Institute’s Center for Religious Freedom, in December testimony before members of the House Foreign Affairs Committee. “Not all 40 million members of the Fulani ethnic group in the region are Islamic extremists. However, there is evidence that some fraction of the Fulani have an explicit jihadist agenda. …

“A mounting number of attacks in this region also evidence deep religious hatred, an implacable intolerance of Christians, and an intent to eradicate their presence by violently driving them out, killing them or forcing them to convert.” MSN