The consequences of this grift aren’t going to be pretty.

Sir Maejor Page, 32, (aka. Tyree Conyers-Page), of Toledo, Ohio has officially been indicted on charges of money laundering and wire fraud after he was arrested by the FBI in September.

A complaint filed last year that Page had been misrepresenting himself as a BLM leader triggered the investigation. It revealed that Page had created a BLM Facebook page and was misappropriating the funds raised for the non-profit’s “social justice” activism on his lavish lifestyle instead.

Page is accused of raising money through the “Black Lives Matter of Greater Atlanta”(BLMGA) Facebook page that he set up as a non-profit organization and an affiliated GoFundMe page. He has spent hundreds of thousands of dollars in donations for his own use. This includes purchasing a home in Toledo as well as other “expensive personal items” such as tailored suits, furniture, and a security system. Page also set up a BLMGA bank account where he was the sole signatory and used the associated debit card repeatedly for dining, entertainment, and personal purchases. In addition, he transferred money from the BLMGA account to his own personal account in order to buy a pistol and two shotguns.

The official indictment, filed on March 11, 2021, charges Page with three counts of money laundering and one count of wire fraud. It also allows the federal government to seize hundreds of thousands of dollars from Page in forfeitures, including more than $250,000 in cash from a Bank of America account in the name of Black Lives Matter of Greater Atlanta, along with properties on Glenwood and Maplewood Avenues in Toledo. These forfeitures, according to the indictment, account for properties derived from the commission of the indicted offenses.

“It is our sincere hope that these charges help raise awareness about online scams and efforts by some to exploit the name and purpose of non-profit organizations for personal gain,” said Acting U.S. Attorney Bridget M. Brennan in a release sent to the media.

In addition to the forfeitures, the charges also carry hefty potential prison sentences (between 10-20 years in jail, and fines between $250,000-500,000 each at maximum). During Page’s initial arraignment in September, the US Attorney indicated the recommended sentences would likely be lower. 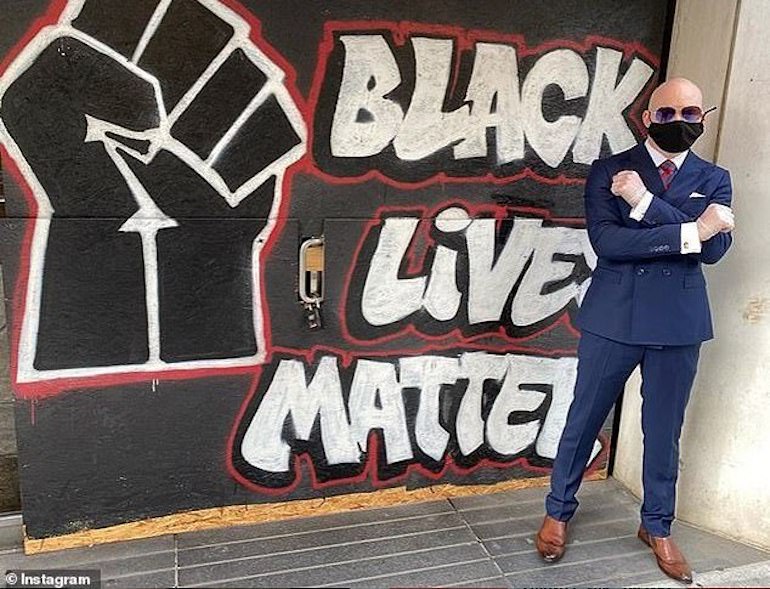 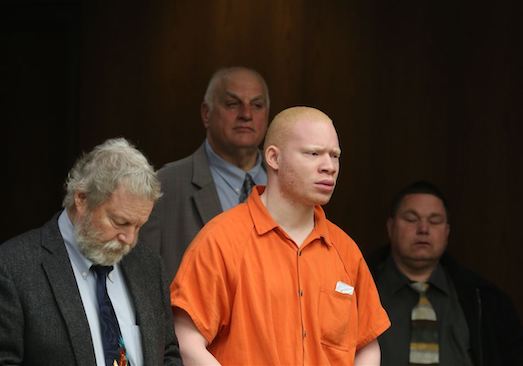 Things look even worse for Page — it seems that in 2016, he had registered BLMGA with the Georgia Secretary of State’s office as a non-profit organization, and the IRS approved it as a 501(c)(3) tax-exempt non-profit. This allowed the BLMGA organization to put a “Donate” button on their Facebook page. However, the IRS revoked the non-profit status in 2019 after three consecutive years of not filing paperwork for the organization. Page did not notify Facebook of the change in status and continued to accept donations through the page.

When the death of George Floyd propelled BLM back into the national spotlight, Page was making money hand-over-fist.

In a section titled “Scheme to Defraud,” the documents allege that from May 2020 through his arrest in September, Page intentionally defrauded donors to Black Lives Matter of Greater Atlanta to the tune of more than $450,000. Prosecutors allege that he did so by making promises that donations to the organization would be used to combat racial and social injustices in the wake of the murder of George Floyd and instead using those donations for his own personal benefit.

The documents go on to outline a series of expenditures in both Ohio and Georgia, including purchases at hotels, retail stores, and Tower’s Armory, as well as in the purchase of two pieces of property (a house on Glenwood Ave and the adjoining vacant lot on Maplewood Ave) in Toledo. According to the documents, Page attempted to conceal the purchase of the property by titling it to “Hi Frequency Ohio” and requesting the seller’s realtor sign a non-disclosure agreement preventing them from disclosing the true buyer.

“Page is accused of using unprecedented tensions and uncertainty due to widespread civil unrest and a global pandemic to fill his own bank account,” said FBI Special Agent in Charge Eric B. Smith. “Page allegedly purchased homes, traveled, and spent other people’s money to buy luxury items for himself, all on the backs of hardworking people believing they were donating to a worthy cause. The FBI will continue efforts to root out fraudsters who victimize our fellow citizens for personal gain.”
Source: ABC 13

Page has entered a plea of “not guilty” and insists that he’s completely innocent.

In a statement, he said that he wasn’t surprised that the government was proceeding with “a criminal case against a social justice activist.”

“I maintain my position that I did not intentionally commit any crimes, as it is my only purpose in life to fight for those whose voices have been muffled and or silenced,” the statement said. “Had I violated any state or federal laws I have no problem owning that and working to correct my actions. I believe that I acted in good faith. I look forward to a fair and just due process under the law.”

We all look forward to a fair and just due process under the law. It’s just not looking so good for Mr. Page who bragged about his expensive new goodies in social media posts. That was almost as stupid as stealing $450,000 in donations from a non-profit organization.