We’ve always known that ‘elite’ media is largely populated by thin-skinned hypocritical blowhards. But this is ridiculous.

In one of his trademark monologues this week, Tucker Carlson took the time to blast the convenient ‘victimhood’ that even the most privileged and wealthy of the Left keep finding a way to wrap themselves in.

One of the people he called out happened to work for the New York Times — who still hasn’t returned their Pulitzer for their dishonest story about Russian Collusion.

Tucker calling out one of their public personalities by name was ‘offensive’ to them and they tried to play — with no hint of irony — the victim card. 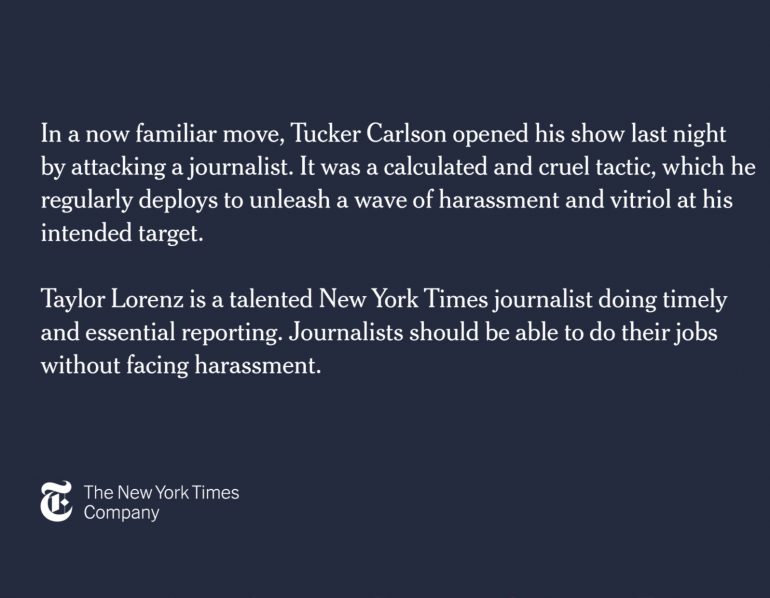 We just love the projection they inserted into this press release. 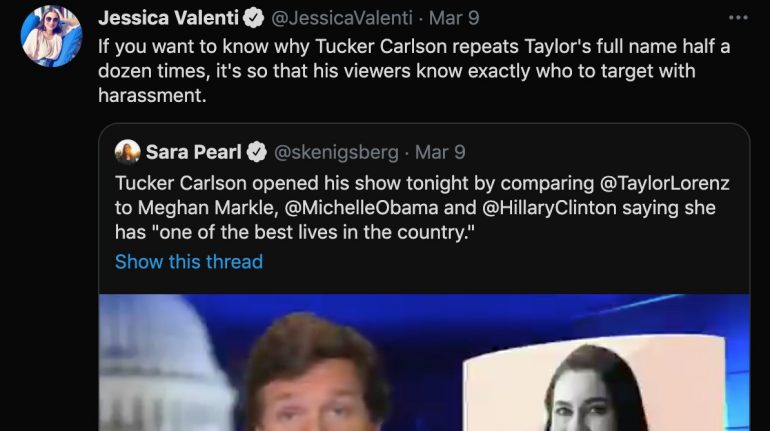 Would this be a bad time to mention the fact that an angry leftist mob terrorized Carlson’s family in their home while he was at work, damaging the heavy wooden door and forcing them to move out of state.

Tucker’s reply to the Times could stand alone, and is well worth watching…

Tucker Carlson responds to the New York Times statement accusing him of harassment for his segment criticizing Taylor Lorenz:

“Journalists make their living trying to destroy your life but if you say a single word about it, you’re a criminal, a moral monster.” pic.twitter.com/gUWqftCUp1

…he wasn’t the only one to weigh in on the issue, and we’d be remiss to leave some of the other replies out of the mix. 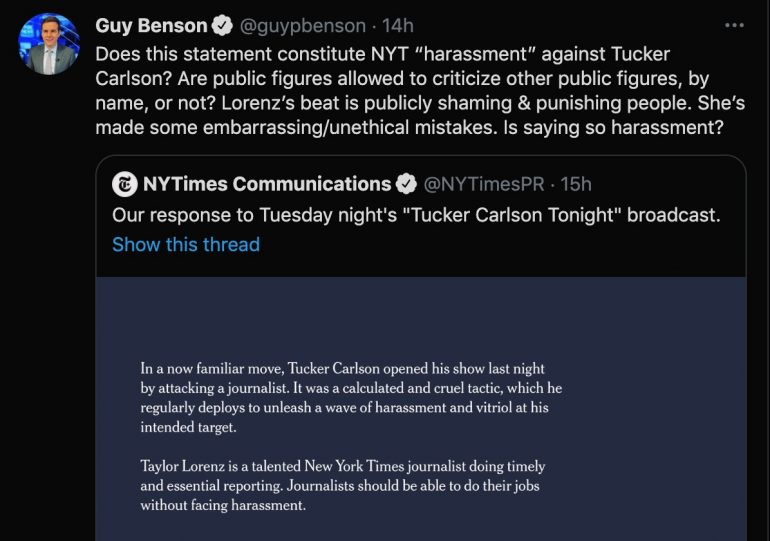 With a reaction like the one we got from the Times, one must conclude that Lorenz is a shy and retiring type with real difficulty in the limelight.

I can’t believe that Tucker Carlson had the audacity to talk about this woman on his show. He should have respected her privacy — she obviously avoids the spotlight and hates attention. pic.twitter.com/QQYYaKjuPy

She’s just butthurt because she, a public figure, is fair game just like everyone else.

Jailing The Preacher: Canada Is Demonstrating What Tyrants Will Do Unrestrained! They Cannot Produce Evidence of COVID-19
April 20th, 2021 Sons of Liberty Media